Versus Tag Shuffle Promises To Get Newcomers Excited About Fighting Games 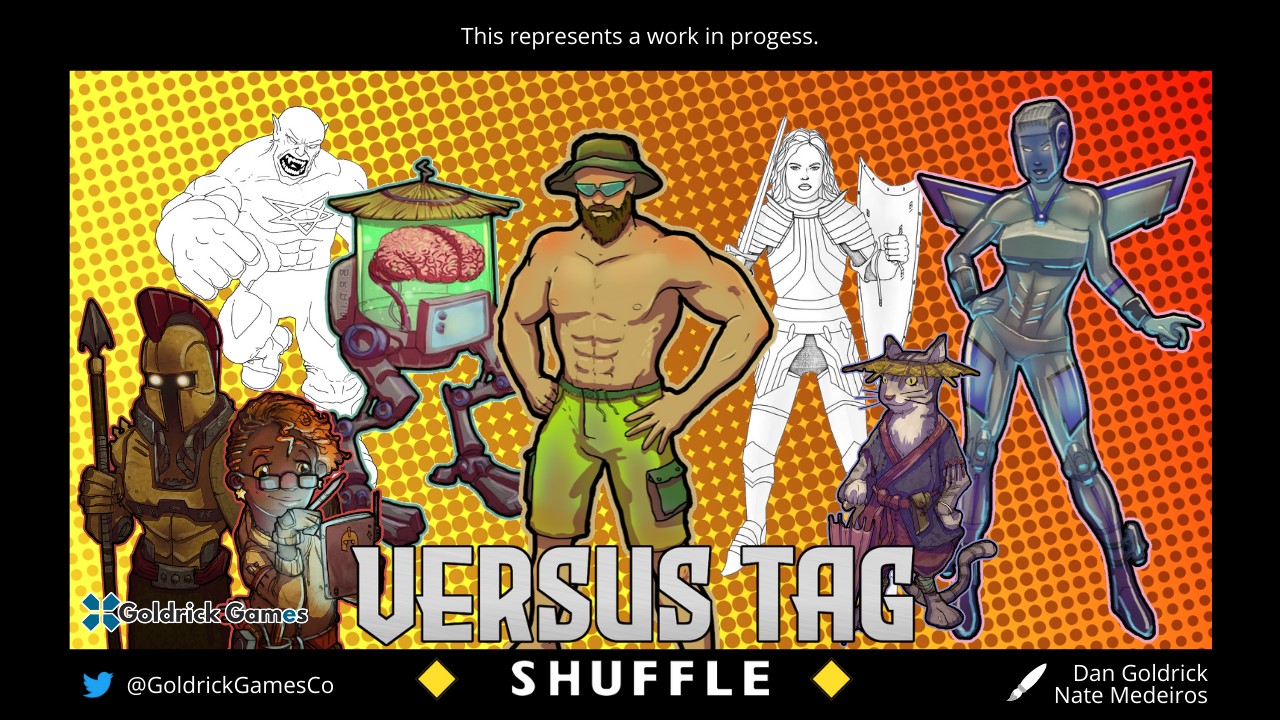 It’s natural that competition would be one of the foremost principles in the Fighting Game Community. After all, our entire scene revolves around one-on-one contests of will and skill. But we aren’t here just to revel in destruction. The FGC also thrives on creation and creativity. As fans, we cheer for original strategies and novel tactics. As artists, we express our love of fighting games in story, visual art, music, cosplay, and more.

This goes for gaming, too. We’re happy to follow our favorite characters into new and unfamiliar contexts, like the collectible card game Teppen, various puzzle games, and even sillier titles like Dead or Alive Xtreme Beach Volleyball and Days of Memories (a King of Fighters dating sim). Likewise, we’re drawn to variations on the fighting game format itself. Every major community event showcases the variety and breadth of the genre, and clever indie fighters like Divekick and Footsies have devoted followings.

“We really tried to grind things down to their bare essentials so that we could capture that tag team fighter fantasy without overwhelming players with a Bible of frame data and stuff,” as Goldrick puts it. “I’m a big Marvel head, so we wanted to focus a lot on team building, tagging between characters on the fly, and synergy across the roster to allow for interesting choices at character selection.”

To accomplish this, he and his team of co-designers and playtesters have built a system that allows players to make fighting game decisions on a simplified scale and in a slowed-down timeframe. As an example, consider the concepts of movement and positioning. In normal fighters, players constantly pressure one another by approaching or retreating into the zones where their own moves are most effective. Versus Tag Shuffle has the same dynamic, just in a way that’s easier to grasp. “Positioning is binary, with two distinct ranges of combat: ranged and melee combat,” Goldrick explains. Just as in a fighting video game, the positioning of the players “dictates which moves would hit.” To move from one range to another, players can “dash” after a successful block, after scoring a knockdown, or playing a move card that has movement as part of its effects (along the lines of Cammy’s Spiral Arrow or Sub-Zero’s Slide).

This is the overall effect that Goldrick wants for Versus Tag Shuffle: he wants to lower the barriers to entry without losing the same intensity and joy that come with playing a traditional fighting game. In doing so, he’s not only exercising his creativity in classic FGC fashion, he’s actually helping to grow and strengthen our community.

For one thing, most fighting gamers don’t limit themselves to traditional fighting games. The FGC overlaps significantly with the dance/rhythm game community, various card game communities, athletic communities, and more. That’s why many FGC events feature side tournaments in games that aren’t fighters: when we come together, we want to compete and connect in as many ways as possible. Versus Tag Shuffle gives us another way to have fun as a community in those moments when we’re ready for a change of pace.

Even better, Goldrick’s game can also act as a gateway into the FGC. Versus Tag Shuffle takes some of the pain out of fighting games, which means that it makes the genre more appealing to outsiders and newcomers. Goldrick says this has already happened with his two co-designers, “who weren’t really into fighting games prior to signing on but have now gone ham on any fighter they can get their hands on. I’ve also received feedback from non-FGC players who have said it still feels like playing a fighting game to them, even if they were essentially mashing. That felt pretty good to hear.”

Of course, creativity is its own reward first and foremost. But if Goldrick’s new game can also help to show the world how amazing our community is, so much the better.

Coming Soon To A Tabletop Near You

Versus Tag Shuffle currently has a 16-character roster, although that may expand before the game’s release. For now, the game is still in its playtesting phases. Goldrick and his colleagues have had to adjust their work to account for social distancing, which has slowed them down, but they’re still making steady progress.

For updates on Versus Tag Shuffle – and to learn where you can buy the game when it becomes available – join the official Discord and keep up with Goldrick Games on Twitter, Instagram, and Patreon. And if you have an idea for your own fighting-game-based project, go for it! The FGC is the perfect place to make your creative voice heard.