The Play by Play Behind This Viral Fighting Game Reaction Gif

DaPurpleSharpie giver her commentary on this FT5 with her vs BrokenLoose
By Choysauce on May 25, 2020 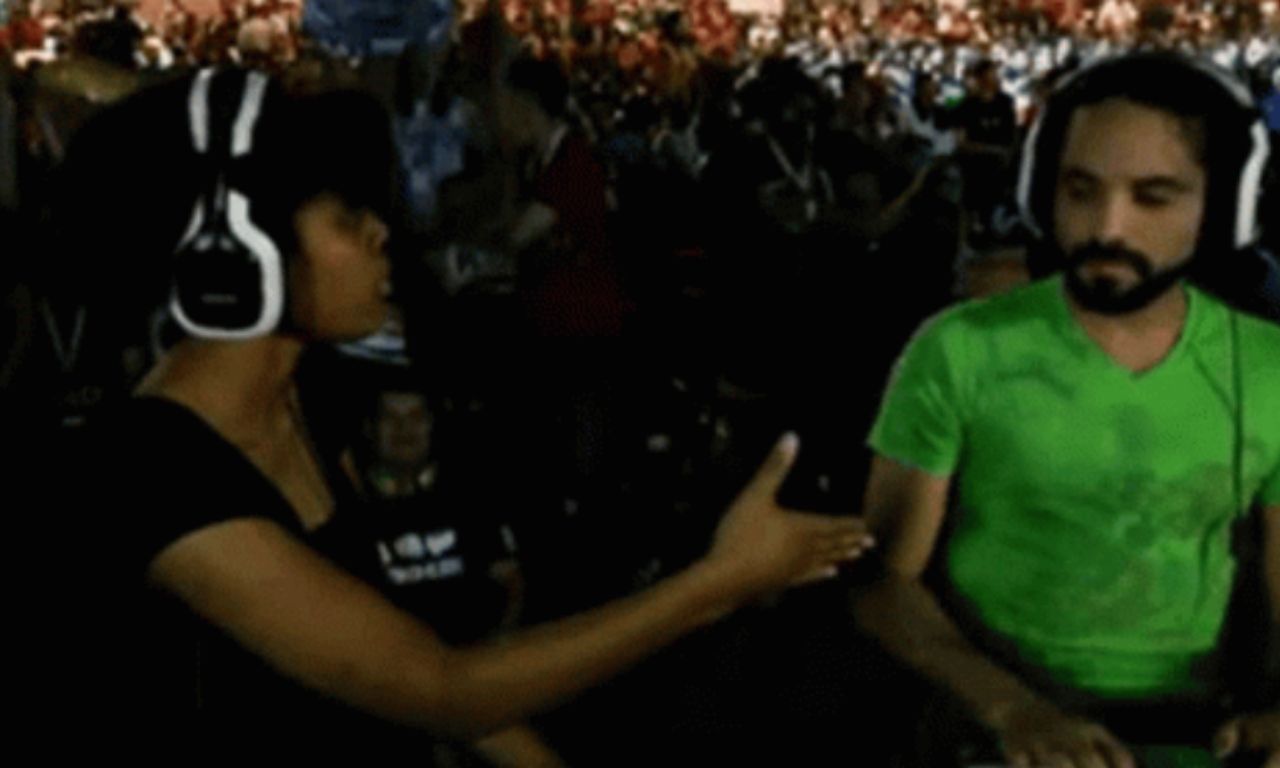 During this weekend of May 2020, the Combo Breaker retrospective stream is going on in lieu of the tournament due to Covid shutdowns. The Fighting Game Community reminisced and shared the many hype moments and matches that happened over the last 5 years of CB. One of the moments shared is this explosive eruption of support for a money match win for Sheila “dapurplesharpie” Moore.

Sharpie explains that the two were talking a lot of trash on Twitter about their skill levels and decided to set up a money match. The loser has to play for the 6 months following as Solo Fukua. This was significant because this was when they were deep into the competitive scene and they both hated playing as this character with a passion. Losing this match would essentially handicap them for their tournament life and possibly stunt their growth as a player for half a year. They set up the match at Combo Breaker 2016 and the rest is history.

you may have seen this gif and wanted to know the context behind it.

i go over the play-by-play of everything that made this moment my personal favorite skullgirls moment of all time.

Learn what was going on behind the scenes and what was going on in Sharpie’s mind as the match played out. It’s a great watch with Sheila’s colorful commentary and see the decision making process of high level play in real time.

Check out the full commentary video below:

Be sure to support Sharpie by subscribing to her YouTube channel here and Twitch channel here.