See the bow wielding beauty in action
By Choysauce on February 20, 2020 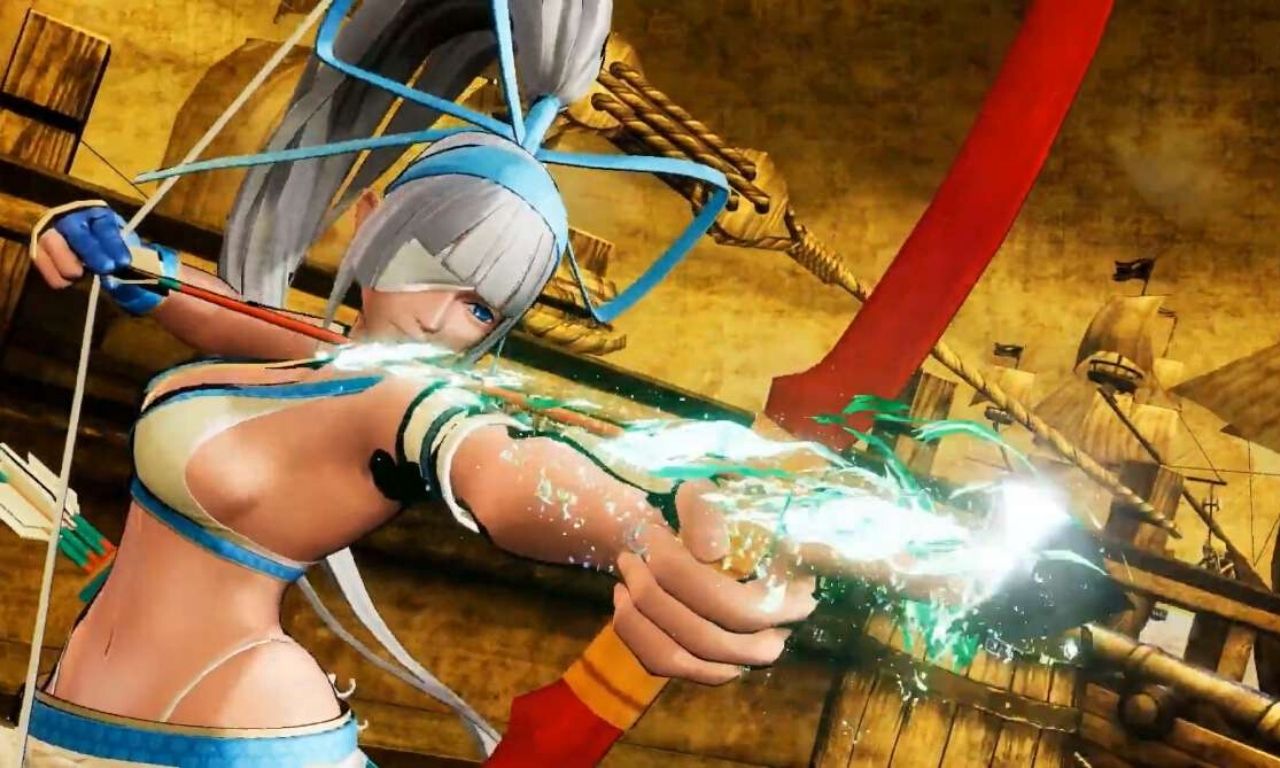 Mina Majikina, the first DLC character for Season 2 of Samurai Shodown, has finally got their full game play trailer.

First appearing in Samurai Shodown 5, Mina Majikina is a powerful shrine maiden who was designed to be the opposite of the popular character, Nakoruru. One day she departs her village to exorcise a yokai demon then upon victory senses a powerful evil back in her village. She returns only to find the village in ruins but finds the adorable Chample among the rubble. She grows to befriend Chample and together they venture off, determined to eliminate as many demons as possible.

In the trailer, we see many of her signature moves from her charged bow shot, different angled arrow shots, and her command jumps. She’ll bring an interesting dynamic of being the second dedicated straight forward zoning character after Ruixiang.

Mina will be available to download and play on February 27, 2020 on PS4, Xbox One, Switch, and Stadia.

See the full character trailer below: