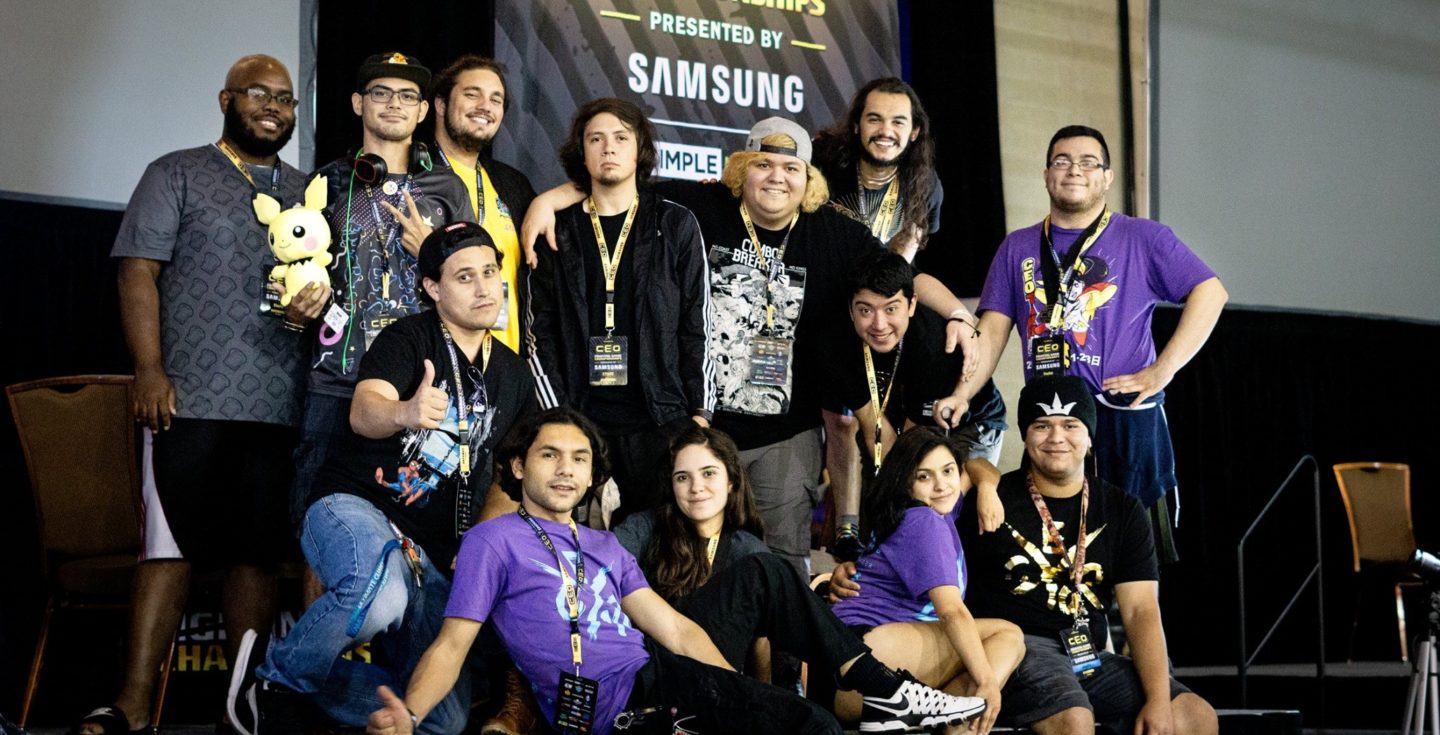 The Fighting Game Community is known for being scrappy and Juicy Game Night (JGN) is yet another example of this. Arris (@flblacky) shares their roots on how Juicy Game Night grew from a first to 5 in MK to what it is today.

What’s the story behind this event? Any particular reason you started it?

In August 2016, Alex (Duelist), Josh (Daddy), and I wanted to create a local event where our 4 favorite games at the time (Mortal Kombat, Super Smash Bros Wii U, Naruto: Ultimate Ninja Storm 4, and Super Smash Bros Melee) could be hosted in one place and be able to have some of our friends and outsiders come through and level up whilst escaping from the problems of the outside world.
When I was getting my hair cut (back when I had hair), my barber told me about the venue “Juicy Night Lounge” which was a laid back but popular hookah lounge, close to where Daddy, Duelist and I went to college (Valencia College) and that the owner loved Mortal Kombat and wanted to challenge me. I went over to the spot, met the owner (David), and we played a first to 5 set where if I won, I’d host events at the lounge.
…I won 5-0…
At the time, Duelist was hosting up tournaments over at a spot called Eccentric Emporium, but due to a variety of issues, he wasn’t able to host tournaments there anymore so I got with him, told him the situation, called up Daddy and caught him up to speed, both of them went over to check out the venue with me, and the rest is history.

What makes your local stand out?

Our local is unique because we are aiming to provide an experience and not be your typical local where you just come in an play. We want players to challenge themselves, increase their skill level, have fun, AND network with other players so that they can be training partners, or even better, become friends in the outside world.
In addition to that, we aren’t afraid to host games that don’t get too many people. We want to connect with the communities that we feel don’t get as much shine as they deserve in our state (i.e. Naruto GNT 4, Guilty Geat Xrd Rev 2, Street Fighter 3rd Strike, etc.).
Lastly, we CONNECT with our community. We aren’t afraid to ask questions, test out new methods, or take constructive criticism from them because our goal is to be the best. Who better to ask about the quality of our events than those who are taking the time to experience it? 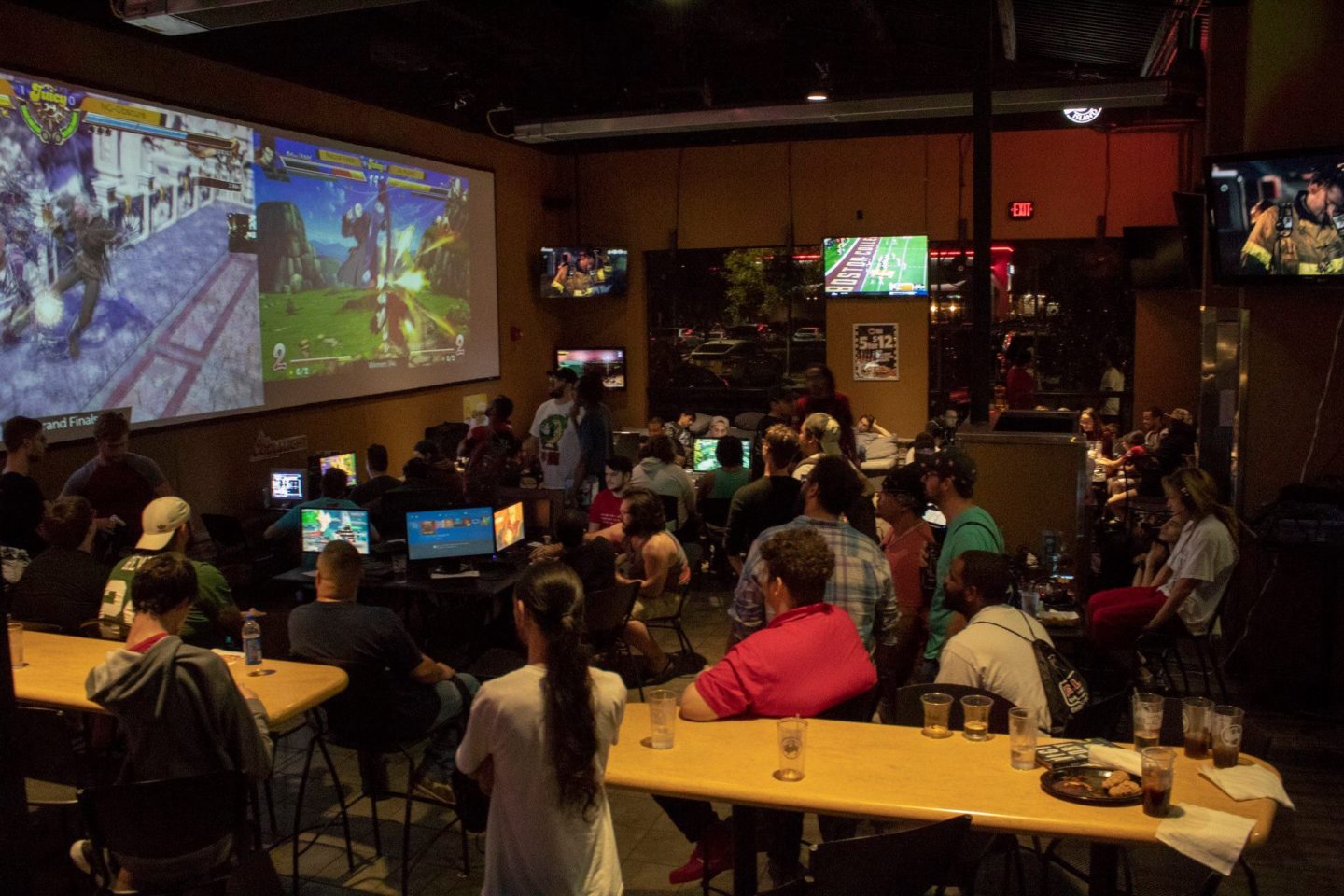 Oh man…There’s been too many to name for this one.
Juicy Game Night officially becoming a business in May 2018, community members crashing NextGen’s site because of the amount of traffic they brought in to buy our jerseys when they first came out, having Decay (former artist for NetherRealm Studios) design art that we could put on some of our merchandise, JGN being chosen to be one of the 9 main streams for CEO 2019… These are just the tip of the iceberg.
This is a gist of what anyone can expect when rolling through.

Who are people at your event that isn’t getting enough attention?

From our staff: Lead Designer, SkunkStripes (Shae), is one of the most versatile artists we’ve come across and we’re extremely honored to have someone of his caliber on our team. There’s also DarkAura (Ian Ortiz-Reyes) who’s showed up to and supported nearly every single Juicy tournament since DAY 1 and we brought him onto our staff this year; super overdue.

Some community members that come to mind: WhiskeyJack (he’s traveled out from Lake Wales to compete in our tournaments which is about a 2-hour drive and he’s done that for over a year now), Liquid and Oozoo (they hosted up Tekken and Naruto sessions at their apartment in order to increase their skills and sometimes it would go as late as 3 in the morning), the Jacksonville Tekken and SFL FGC as a whole traveling 2-4 hours just to slide through to our monthlies brings more joy than we cold ever repay them for.
For more info on Juicy Game Night’s, check out their TopTier.gg pages here and here.