How To Adapt After a Win in Fighting Games 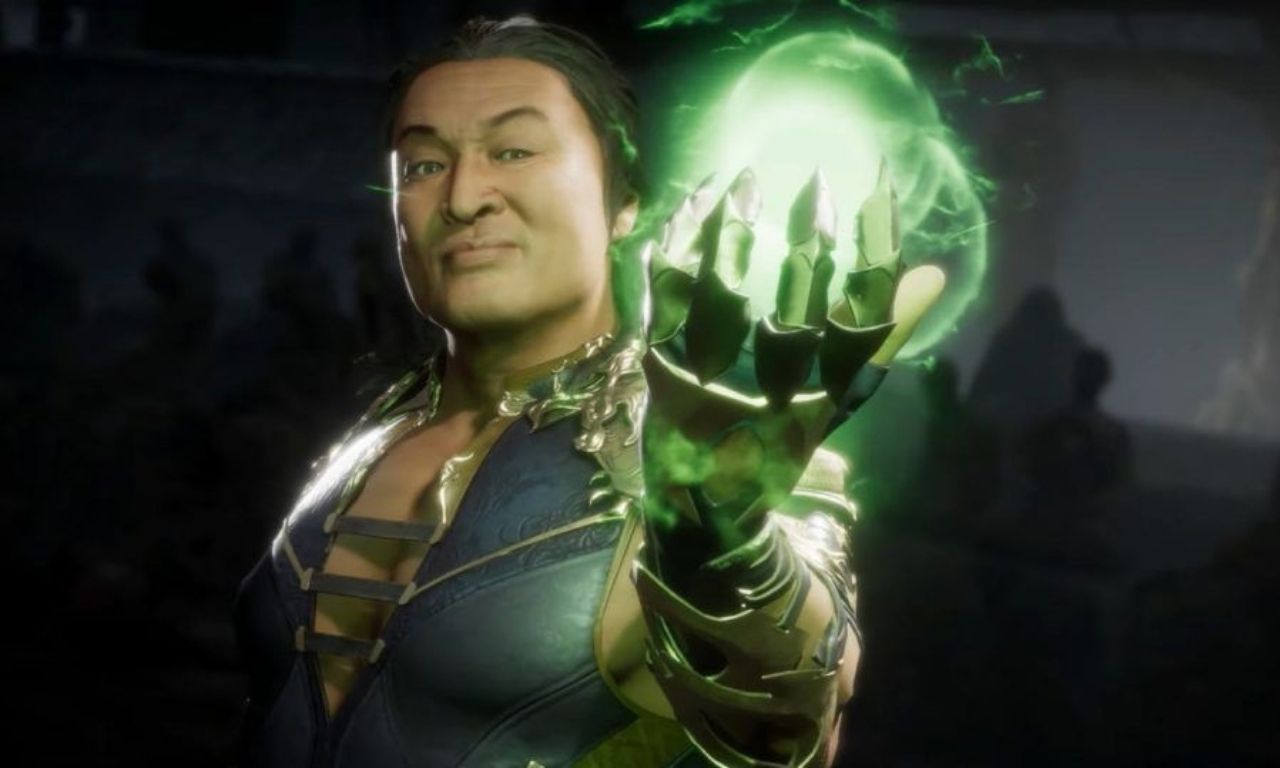 “I never lose. I either win or learn.” Though this quote comes from Nelson Mandela, the anti-apartheid revolutionary and South African president, it could be the unofficial motto of the Fighting Game Community. For fighting gamers, adapting to your opponent is key. Everything else can be learned ahead of time through memorization (frame data, matchup strategies, move properties) or proper practice (execution, punishes, defense). But until the match begins, you can’t truly know how your opponent will play, which means you also won’t know how to respond in order to win.

Despite the importance of adaptation in the FGC, there are many fighting gamers who labor under a misunderstanding of when and why you should change your playstyle over the course of a match. In part, this misunderstanding stems from an experience we all have when we first pick up a fighting game, namely, the experience of losing badly and repeatedly. To help newcomers, FGC content creators have made videos with titles like “Fighting Games For Beginners: LOSING TO LEARN” and “How to ‘Play-to-Learn’ and Win When You Lose.” These sentiments echo Mandela’s famous quote, but they can create the false impression that adaptation should only happen after a loss.

That’s what one FGCer said in response to a poll that I ran on this subject. “How can you adapt if you won? That’s on your opponent to adapt,” he replied. Over a quarter of the poll’s 191 respondents agreed, saying that they never bothered to adapt after a win.

After you win a round or a game, do you (try to) adapt?

These results point to a significant flaw in the way that the FGC understands adaptation. Even though it’s obviously important to switch things up after a loss, adaptation should be a constant for a competitive fighting gamer. Let’s look at a few reasons why competitors of every level should learn how to adjust their play after a win.

The first and most obvious reason to adapt is in order to pursue perfection. As another player responded, “After you win the round you have to be thinking about how you can win better. If they got a single hit off you, that’s enough info you can think about to adapt to.” In this way of thinking, a game or round is a series of small wins and losses, every single one of which has the potential to inspire change even when the big picture is overwhelmingly positive. For instance, if you ate a jump-in attack, then you know to prioritize your anti-airs.

Especially for newcomers or other lower-level competitors, it may seem unimportant to focus on such minor events after you’ve already won. Nevertheless, that’s what it takes to level up and become a true threat. Forgiving your own flaws or shortcomings is easy. But at some point you’ll encounter an opponent who won’t let you get away with your bad habits, no matter how insignificant they may seem. To prepare for future battles and cultivate the uncompromised standards of a true professional, competitive fighting gamers should learn to make small modifications to their gameplay even after easy victories.

Adapt To Sharpen Your Heuristics (Intermediate)

By its very nature, adaptation in fighting games isn’t only about you and your play. It’s also about your opponents. The longer you compete, the more you’ll come to rely on heuristics, which are the generalizations and rules of thumb that all humans use in all areas of life. As we’ve discussed here on toptier, heuristics are good. Assigning your opponent to an archetype or a level allows you to quickly formulate a game plan and reduce the number of variables that you have to contend with.

Even so, heuristics are not perfect. Not only can you be wrong in assigning someone to one category or another, the categories themselves are less than 100% accurate. As such, just having a heuristic isn’t good enough. You also need to be able to apply that heuristic accurately, tweak it on the fly, and adjust it periodically to ensure that it’s still reliable in the long run. For example, if you get hit with a wakeup reversal from an opponent who you’ve identified as a turtle (patient, defensive, and reserved), you might need to update their classification to something like “turtle, but random on wakeup.” If you choose not to review your heuristics after a win, you miss the chance to make them more nuanced, more accurate, and more durable.

Adapt To Prepare For The Worst Case (Advanced)

In the end, your results are a direct consequence of the complex dynamics that predominated while you were playing. As such, even a breezy win can quickly turn into a harsh loss if one or more of those dynamics changes. A zoner that attempts to rush in after falling behind early in one round may prove far more dangerous in the next round when they’re playing with a life lead and sticking to their game plan; a player may thrive more with a simple adjustment to their spacing; or a change of stage may tilt the balance from one player to another. All of those factors and more are always up for grabs, and it’s naive to think that you can control all of them all the time. So even after you win the first round in a game or the first game in a set, you should ask yourself whether you would know how to win if the dynamics were different.

To find the answer, you’ll need to combine the first two techniques. By examining your weakest moments in light of your opponent’s character, personality, and/or level of play, you can start to develop an idea of the circumstances in which they might pose a more significant threat. Once you have that idea, you should use it to plan ahead. For instance, if you won but your opponent showed flashes of strength when they had you cornered or at the ledge, then you should consider how to adjust your play so that you (1) stay closer to the center of the stage and (2) have an escape plan in place in case you do end up at the corner/ledge.

This is an advanced technique, to be sure. It requires you to quickly recall your opponent’s strongest moments from the round or game you just played, assess their likely plans based on those brief recollections, and then identify potential counterplays. What’s more, if you’ve won the previous round or game, you’ll often have scant evidence to go on. But if you can pull it off, you’ll be much more prepared for what’s coming next.

To this point, we’ve considered the opponent’s play to be static and unchanging. In the real world, however, that’s not the case. At least among the better competitors, your opponents will adapt to you while you’re adapting to them. This means that, at the topmost levels of play, your adjustments will need to hit a moving target. To do this, you’ll have to adapt not only to your opponent’s default style of play but also to the speed and style of their learning.

This skill is markedly complex and could easily be the subject of its own article. Broadly speaking, the idea is to calibrate the rate at which your offense, defense, and neutral will change during the next round or game. You can test this by seeing how quickly they adapt to the same mixup or situation you put them in. For example, if you notice that the opponent is taking throws, see how many times it takes for them to start teching. Then you can use that information to estimate how quickly they’ll adapt to other situations.

As with the Advanced level, adapting to your opponent’s level of adaptation requires you to combine multiple simpler types of responses. And players who can’t adapt to adaptations after a win are likely to get walloped in the following round or game. Within the upper echelons of fighting game competition, there are plenty of players who can change their entire style of play within a round or game, switching from rushdown to runaway or from zoning to pressure. If you don’t notice this ability after a victorious round or game, you’ll probably get caught flat-footed by it in the next one. Similarly, if you assume that your opponent will make a change but they don’t, you’ll end up needlessly abandoning the tactics that led to your victory in the first place. Counter-adaptation is among the most demanding skills that a fighting game player can acquire, but it’s also one of the most rewarding, especially if you can exercise it after a win and keep your momentum going.

Ultimately, it all comes down to winning. In the FGC, the standard path to victory is shockingly narrow. For most titles, every lost game puts you halfway to dropping out of the side of the bracket that you’re in. With such little margin for error, competitors need every advantage they can get. Adapting after a loss is a fundamental ability that every would-be champion needs to have. But in order to truly maximize your chances and make the most of your talents, you need to be able to adapt after wins, too.

Eli Horowitz is a writer and gamer who lives in Pittsburgh, PA. His first novel, Bodied, is a coming-of-age story set in the FGC and is now for sale. Buy your copy here, then follow him on Twitter @BODIEDnovel and check out his official website to see what else he’s up to.