Homelessness and Social Wealth in the FGC 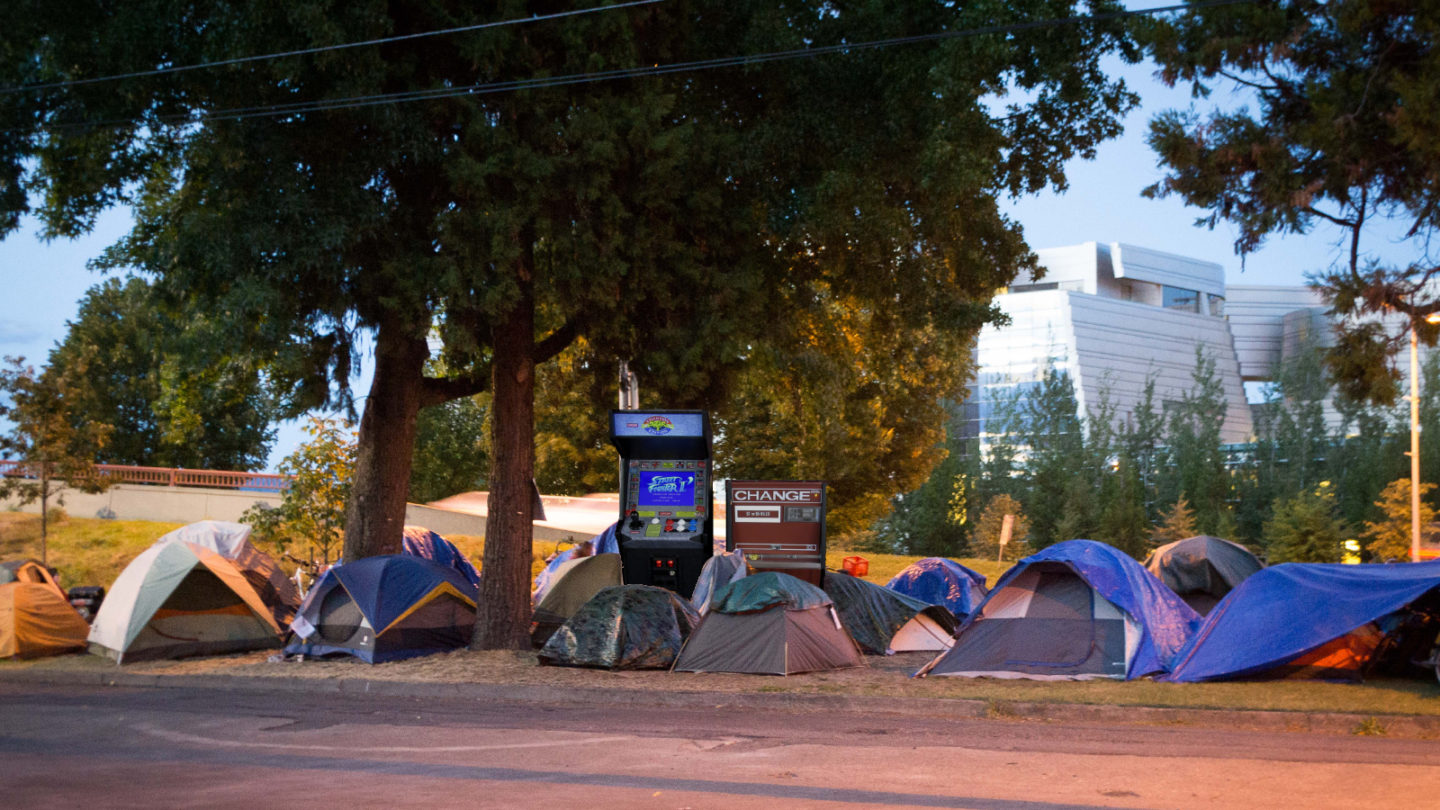 Earlier this year, CNN published a short article on Ryan Hart.1 In the Fighting Game Community, Hart is known as one of the all-time greats. He’s won titles at the Evolution Championship Series, earned Guinness World Records, and established himself as a top player across a wide range of titles. But for CNN, what’s most important is what came before the glory. As they report, Hart experienced homelessness in his teens, during which time he relied on arcades as “tool[s] for meeting people…and for finding a sense of community.”

Despite the extraordinary wealth in countries like the UK, homelessness remains a stark reality. In a normal year, three hundred thousand people in Hart’s home country find themselves without a regular home.2 In the United States, the number is five hundred thousand.3 And in the midst of the ongoing COVID-19 pandemic, the situation is only getting worse.4

Traditionally, homelessness is understood solely through the lens of financial poverty. Yet Hart’s life tells a different story. Money does matter, obviously – there’s a reason why billionaires never sleep in shelters or on park benches. But homelessness is also a social and communal phenomenon. As a growing body of research shows, people who have reliable interpersonal relationships are less likely to experience homelessness and more likely to escape its harshest consequences.5 For Hart, those relationships grew out of the FGC. And as long as homelessness persists, we in the FGC will have an obligation to use our community ties to help those in need.

Financial Poverty In The FGC

It’s no secret that the FGC is among the least wealthy esports communities. The scene began as a grassroots movement without any corporate or institutional support. As recently as the early 2010s, weekly tournaments in major cities barely paid enough in prizes to cover the cost of travel and entry. And while money matches are widely considered to be matters of pride, they’ve also been a way for players to scrape together enough cash for their next meal.

Although the FGC has made strides in recent years by attracting corporate sponsors and increasing its prize pools, poverty and homelessness are still very much present in the community. Akuma Hokura, a mainstay at New York’s Next Level arcade, was once homeless. Players like Paul “BlaqSkillz” DeCuir and content creators like ProfessorLiquid live with memories of having been homeless. And in the past year alone, streamers have put on multiple fundraisers to help their fellow community members escape or avoid homelessness.

The reasons for the FGC’s relative financial poverty are complex and multifaceted. Some people believe that fighters have an unusually high barrier to entry. At the same time, fighting game developers have been slow to embrace esports. And given the demographic patterns of poverty in places like the US and the UK, it’s no coincidence that the ethnically diverse FGC has less money than other esports. But whatever the precise constellation of causes may be, the simple fact is that Ryan Hart isn’t an outlier. Financial poverty is a stubborn reality in the FGC.

Social Wealth In The FGC

But what we lack in money, we’re able to make up for in social connection and community support. Although we won’t always be able to transform those connections into donations or another form of monetary aid, every friendship provides options.

For Hart, help came in two forms. The first was purely emotional. Going to arcades “was the only thing, really, that was giving [him] happiness,” and happiness is a precious commodity for people who are faced with homelessness. Johnel “Sketchy” Thomas,6 an FGCer from Boston, says the same thing about his time couch-surfing and sleeping underneath bridges. “[The] only reason I survived was because I could make friends quickly,” he says. “Having someone to just talk to helps out a lot more than people think it does. It helps you come back from that point of no return and gives hopes that you can get back on track.” Thomas mainly found his friends through other communities, as he wasn’t deeply involved with the FGC at the time, but the importance of human connection remains the same in every group.

The second benefit that the FGC gave to Hart was opportunity. His career as a fighting gamer began in earnest when he traveled to Japan after winning an Ehrgeiz tournament in London. Without his connections to the community, that path would have been closed to him. Non-monetary contributions like this often go unnoticed, but they can make a huge difference. Just as with money, opportunity is a resource that society distributes differently to different social classes. For example, most jobs are filled through networking rather than a purely merit-based hiring process,7 which means that a simple introduction can be just as valuable as a new job. Similarly, driving a fellow player to your local may seem like a small thing, but it gives them the opportunity to establish themselves as a player to watch – and, perhaps, to sponsor.

All of us in the FGC have something to offer, even if it’s just a kind word. But for some, it may be harder to accept help than it is to give it. Many of us are taught to believe that needing help is a sign of weakness, inferiority, or failure. Others fear the consequences of making their position known.

That’s the challenge for one anonymous FGCer who spoke with me for this article. Like 1.8 million other workers in the US, he’s “stuck in gig work and minimum wage jobs.” In many cases, these workers rely on their families for help. But for this FGC content creator, that’s not an option. His mother lacks stable housing, his brother lives in shelters, and he fears that their safety would be jeopardized if others in his family found out. For the time being, he gets by with the help of a family friend, who allows him to live with her in exchange for minimal rent. But she’s over eighty years old, and he fears that, when she can no longer house him, he’ll have “nowhere to go.”

Maybe you already know this person; maybe he’s a stranger to you. But if the day comes when he openly asks for help from his community, it will be our responsibility and our privilege to answer the call. As we arrive at the beginning of a new year, this should be one resolution we all share. It will take time for the world to fully recover from the pandemic; it will take even longer to build a political and economic environment that erases homelessness for good. And while we move towards those goals, we’ll undoubtedly face other unforeseeable obstacles. But no matter what happens, we can always be there for each other. By doing our part to care for our fellow gamers, we can live up to our name and show the world the true worth of our Fighting Game Community.

Eli Horowitz is the author of the world’s first FGC novel, Bodied. Buy your copy here, then follow him on Twitter for FGC jokes, stats, highlights, and general positivity.

Photo credit to the wikimedia commons