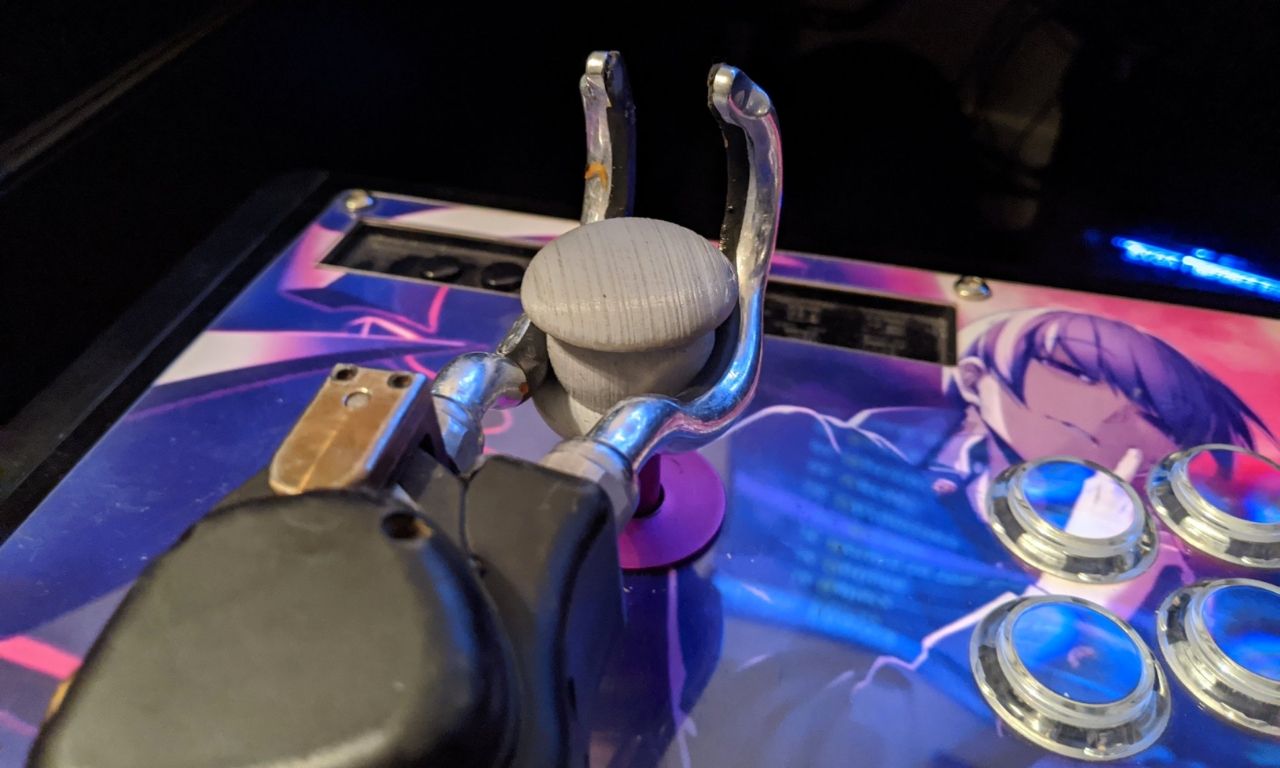 Fighting games are designed to be hard. To be competent at a fighting game, you have to master complicated strings of inputs, commit oceans of matchup knowledge to memory, and overcome opponents who constantly adapt and present new challenges. But for some of us, the barriers are even more significant.

Lance, who goes by @Federally on Twitter, lost his left hand in a work accident just over a year ago when it became trapped in a conveyor belt. The wound was so grievous that he had to be airlifted to Minot, North Dakota and then flown to St. Paul, Minnesota for treatment. “I spent a week in the hospital,” he says, “and then they sent me home without my hand.”

Losing an extremity would be traumatic for anyone. For Lance, it held an extra dimension of frustration, because he’s a gamer. “Street Fighter 2 Turbo on the SNES was my jam for a big part of my childhood,” he says. Today, his game of choice is Under-Night In-Birth: Exe Late[st], better known as UNIST. Yet after his accident, Lance quickly discovered that there was no standard fighting game hardware that would allow him to get back into the game. After months of experimentation, he decided to take matters into his own hands, both his biological one and his new one. He picked up Paint 3D, designed himself a custom balltop, and found a friend with a 3D printer who could manufacture it for him. The results speak for themselves:

@Brolylegs @AbleGamers I designed a special balltop that has let me get back to playing UNIST after losing my hand. pic.twitter.com/r4GWqbigdP

The solution isn’t perfect. Lance will have to relearn much of his muscle memory, and he’ll have to do so without the haptic feedback that most of us take for granted. “I have no wrist, so movement is all at the elbow, and it’s easy to think I’m hitting an input I’m just not doing.” Progress comes slowly, but it does come, as he recently demonstrated in another tweet:

I know this isn’t the greatest combo, but just a short while ago I didn’t think I would ever be able to play again. So this is big for me. pic.twitter.com/6UnFPqLfZw

Lance credits Mike “BrolyLegs” Begum and AbleGamers, a charity focused on gamers who have disabilities, for helping him get to this point. “Broly is a great dude,” Lance says. “And seeing the things he can do points to what is possible. I am not sure if I would have gotten out of the depression I was in and moved towards trying to get back to doing things I love without [him and AbleGamers].” To his credit, Lance wants to pay their kindness forward. “I sent my pictures to Broly because I wanted his help to show what I did to a broader audience to see if maybe there is someone else in a situation like mine that could use the inspiration or just needs the file for the balltop to make it themselves.”

Both Lance and his stick will continue leveling up. Now that he has a joystick he can use, his next move “is to get it machined out of aluminum and anodized purple to match my stick.” And Lance himself will keep grinding in the lab, working his way back into shape. In doing so, he will be a source of inspiration and proof of the most valuable lesson that a fighting game can teach: a loss is not the end. No matter how much it hurts or how hard it is, you can always fight.

To see more of Lance’s story and track his progress, follow him on Twitter here. To learn more about disability both in gaming in general and in the fighting game community specifically, follow Begum and AbleGamers here and here.

Eli Horowitz (@BODIEDnovel) is a novelist and software professional who lives in Pittsburgh. His first novel is set in the FGC.