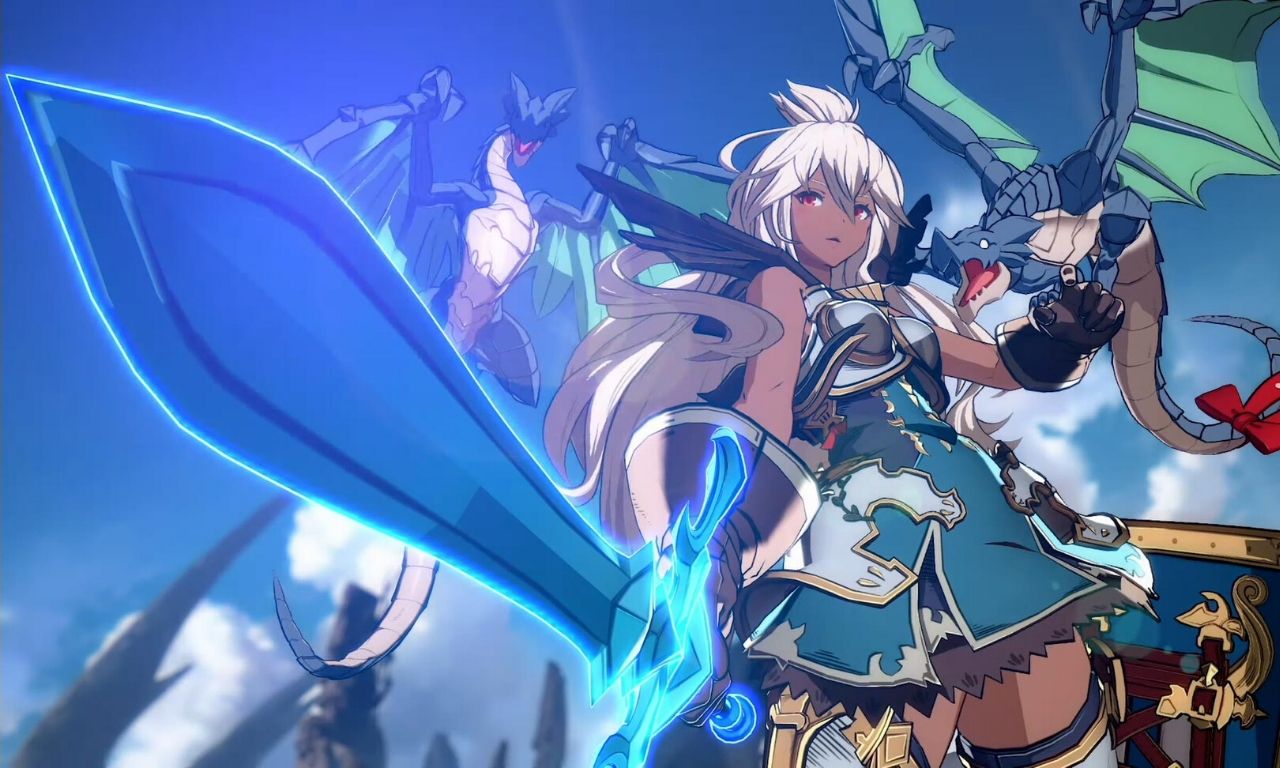 XSeed has just dropped the game play trailer for Zooey, the last DLC character for Granblue Fantasy Versus season 1.

The dragon princess is shown to have a lot of versatility with her sword & shield with her dragon assist, Lyrn. She seems to need to concentrate in order to build up meter in order to utilize her dragon assists. She has some tricky angles of attacks with a command jump with a dive. and once she’s in she’ll knock away the opponent with her lightning attacks to give her a chance to concentrate. The dragon assist seems to act as both a projectile and a lock down assist that will activate a breath of flame on its own. This will allow for some very tricky frame traps and mix-up potential.

XSeed has also announced the release schedule for Zooey. Thankfully, she’ll be available on the same day for both Steam and PS4 users, so nobody will be left out to lab out these dragon mix-ups. she’ll be available for character pass owners on April 27, 2020 6pm PST and a la carte on April 28, 2020 9am PST.

Check out the trailer and see the official schedule announcement below: