What It’s Like to Make an Indie Fighting Game

Elemensional Rift is an unorthodox fighting game. For starters, it’s a multiplayer platform fighter, like Super Smash Bros. or Brawlhalla. It’s also heavily inspired by tabletop role-playing games, in which different classes have sharply different gameplans in combat. But most of all, Elemensional Rift is an indie game, designed and built by a single developer.

That developer goes by NinRac, and he’s been interested in making games since elementary school. “Back in those earlier days, we would do things like battlers (which were those chat room dice rolling games) and RPG Maker. Once I got to high school and began to take proper first programming classes[, I] was certain it was what I wanted to do. By the time university came around, I was already making very simple applications and started my company.”

Although NinRac does work with a voice actor/QA specialist, a composer, and a visual artist, the bulk of the work falls to him. Some of his challenges will be familiar to anyone who has followed the fighting game industry over the past few years. For instance, he works hard to ensure that his game has stable frame data, because he knows that fighting game players rely on consistency when it comes to inputs and interactions. 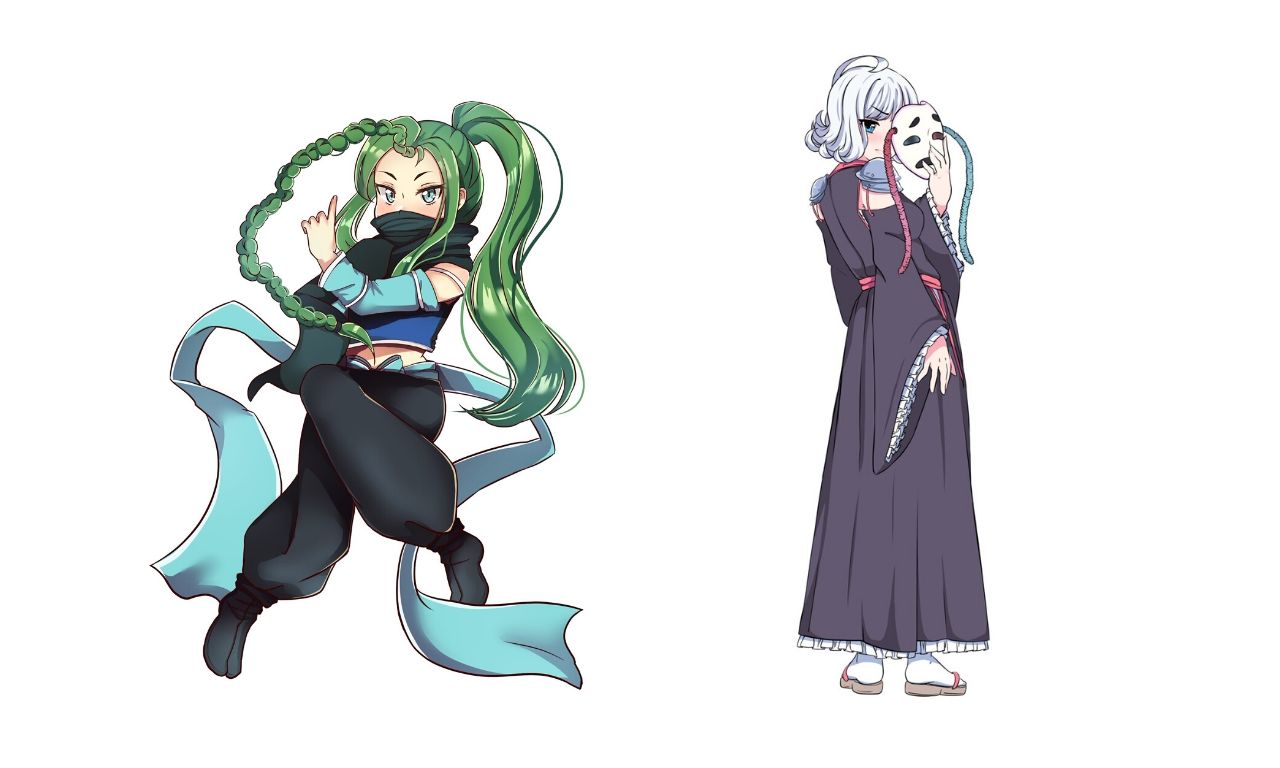 But other parts of the indie life are trickier. “I need to make gameplay footage for trailers and convention announcements, and that is a problem at times when I must put it together on a very short notice,” he explains. “A.I. never quite cuts it [because] players viewing this footage are savvy enough to recognize it no matter how you try to hide it.” Without a PR or marketing team behind him, NinRac has to recruit willing volunteers, record their gameplay, and edit the footage together himself. This means that each of his games is a real labor of love – emphasis on labor.

The hurdles of solo development are significant, but the rewards are, too. Indie development gives creators the chance to explore the avenues that are most meaningful to them. This is why Bayani is a celebration of Filipino mythology, why Skullgirls began as a high-schooler’s character sketches, and why Footsies is all about, well, footsies.

NinRac traces his love of fighters back to “Street Fighter II, Darkstalkers, the original Samurai Shodown, Art of Fighting,” and other arcade classics. As for his game, Elemensional Rift grew out of characters that he’d used in a prior game. “The initial four were based off of me and three other friends that we used to roleplay as a group together quite a bit,” he says. “By the time I began development of Elemensional Rift, they had pretty deeply defined personalities and quirks. It was pretty easy to draw the lines for them on which battle strategy fit them.” 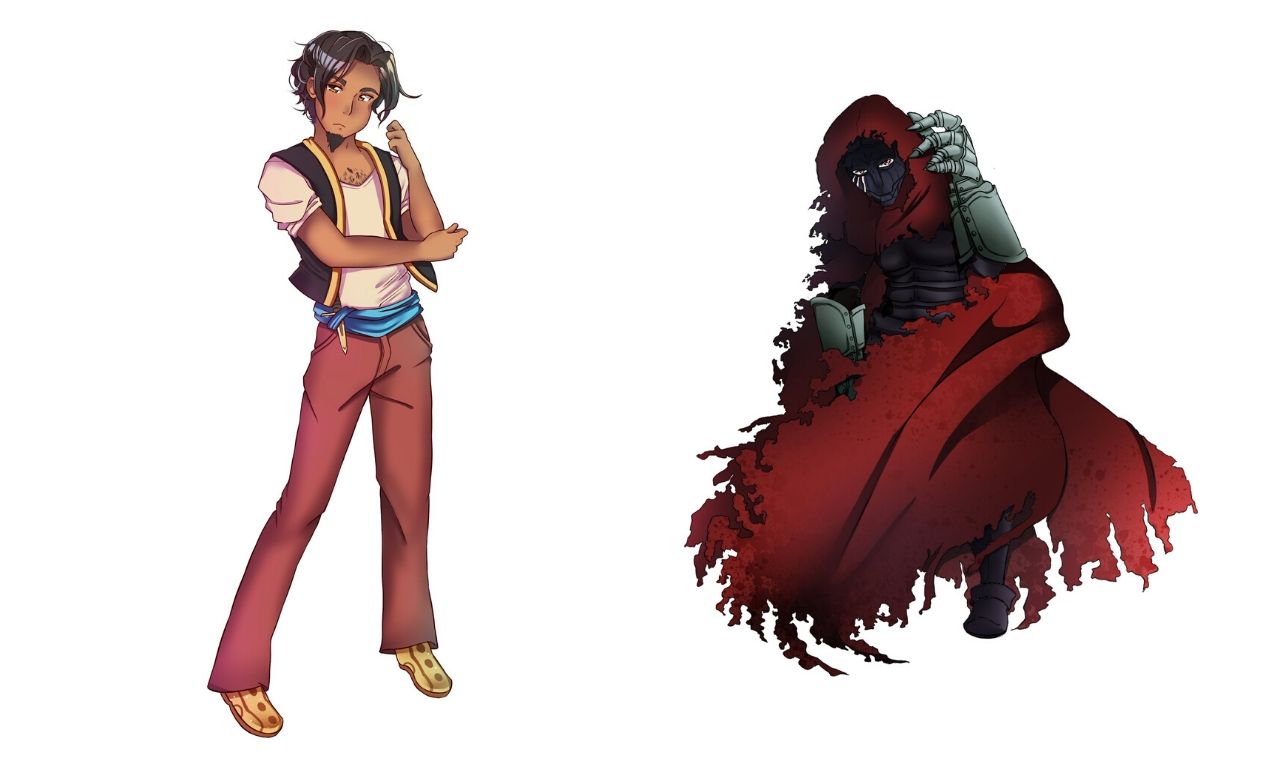 In terms of gameplay, Elemensional Rift combines traditional fighting-game elements with a complex and intricate tactical factor that harkens back to NinRac’s days of dice-rolling and RPGs. “I pull from all sorts of games,” he says. “One I reference to a lot is Pokémon[, which] was the basis point for how I wanted to implement my ailment system. There is also a lot of inevitability micro-slices of inspiration from other fighting games I have enjoyed like Brawlhalla, Rivals of Aether, Battle Arena Toshinden, Mortal Kombat, Guilty Gear, BlazBlue,” and more.

This freewheeling approach to design is the real beauty of the indie scene. Whereas major developers tend to stick to tried-and-true formulas because of financial pressures, creators like NinRac can work with a free hand. And he’s taking full advantage of that freedom. Elemensional Rift is full of exciting risks, from his emphasis on tactical fighting, to his idea to implement an optional “judge” system whereby “chat can shift a streamer’s [game] rules,” to his use of a Pokemon-style elemental weakness/resistance chart.  Some of these risks may work out; others may not. But what ultimately matters is that they’re his risks and that, by taking them, NinRac is contributing something new and unique to the Fighting Game Community.

His goals as a developer are modest, but they speak to his love for what he does. “As for sales, it is more of ‘enough to keep going and upgrade the experience along the way,’” he says. “If I am hitting enough to just continue developing…I will still be satisfied with that success.” Where others might hunt for wealth or fame, NinRac is following the most fundamental FGC tradition: all he wants to do is be able to put up his quarter one more time.

When asked if he has a message for the community at large, he says, “Keep supporting the indies. There are a lot of great ideas and experimentation going on and indies are getting better at all sorts of ideas…They will continue shaking things up and opening new doors that have seemed unheard of before.” In the grassroots culture of the FGC, there’s no better attitude for an indie developer to have.

Eli Horowitz (@BODIEDnovel) is a writer and software professional who lives in Pittsburgh. His first novel is set in the FGC; learn more about his writing at elihorowitz.com.