A real-life Chicago superhero
By Eli Horowitz on November 26, 2019 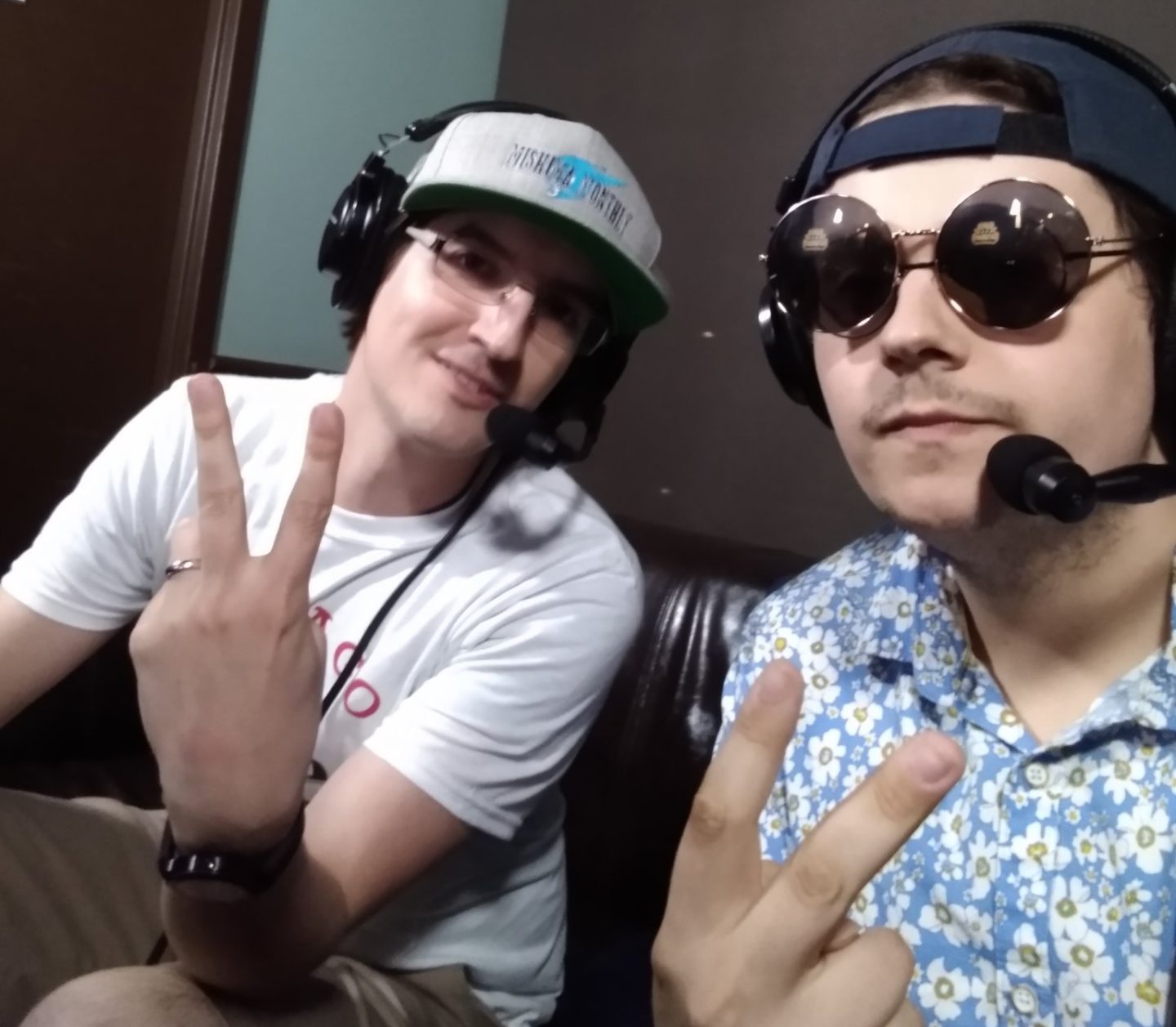 Way back in 2008, Samuel L. Jackson shocked moviegoers by appearing as Nick Fury after the credits of the first Iron Man movie. “Mister Stark,” he said, “you’ve become part of a bigger universe.” To many industry insiders, the whole thing seemed insane. Why try to construct a sprawling, intricately connected “cinematic universe” when standalone films had worked just fine? Why pay for multiple superstars every time a new movie came out? Could the source material of comic books even sustain such a lengthy, costly endeavor?

Eleven years later, the Marvel Cinematic Universe is an unmatched cultural phenomenon. This teaches a valuable lesson: whether you’re writing a story or taking part in one, it can be tremendously valuable to create a whole that’s greater than the sum of its parts. In order to do that, though, you need a vision, an organization, a plan, and a mastermind who’s willing to bring it all together. (It isn’t necessary for the mastermind to have a super-cool eyepatch, but it doesn’t hurt.) In short, you need Tom “PuppySwarm” Drury, one of the Fighting Game Community’s many unsung heroes.

Welcome to the Midwest Combat Universe

Drury’s interest in the FGC began just a few years ago with Street Fighter IV and Ultimate Marvel vs. Capcom 3. Soon after, he found Injustice 2 and was drawn to the game’s dark take on the DC world. Then he found Tekken 7 and it was all over: “[I] got seriously hooked,” he says.

Although he plays Katarina, Lili, and Kazuya, Drury’s martial prowess is like Fury’s: secondary to his abilities as a leader and a visionary. Indeed, at his first tournament, he didn’t even enter a bracket. Instead, he made friends, enjoyed himself, and soaked in as much as he could. The end result was infatuation: “I started to fall in love.” 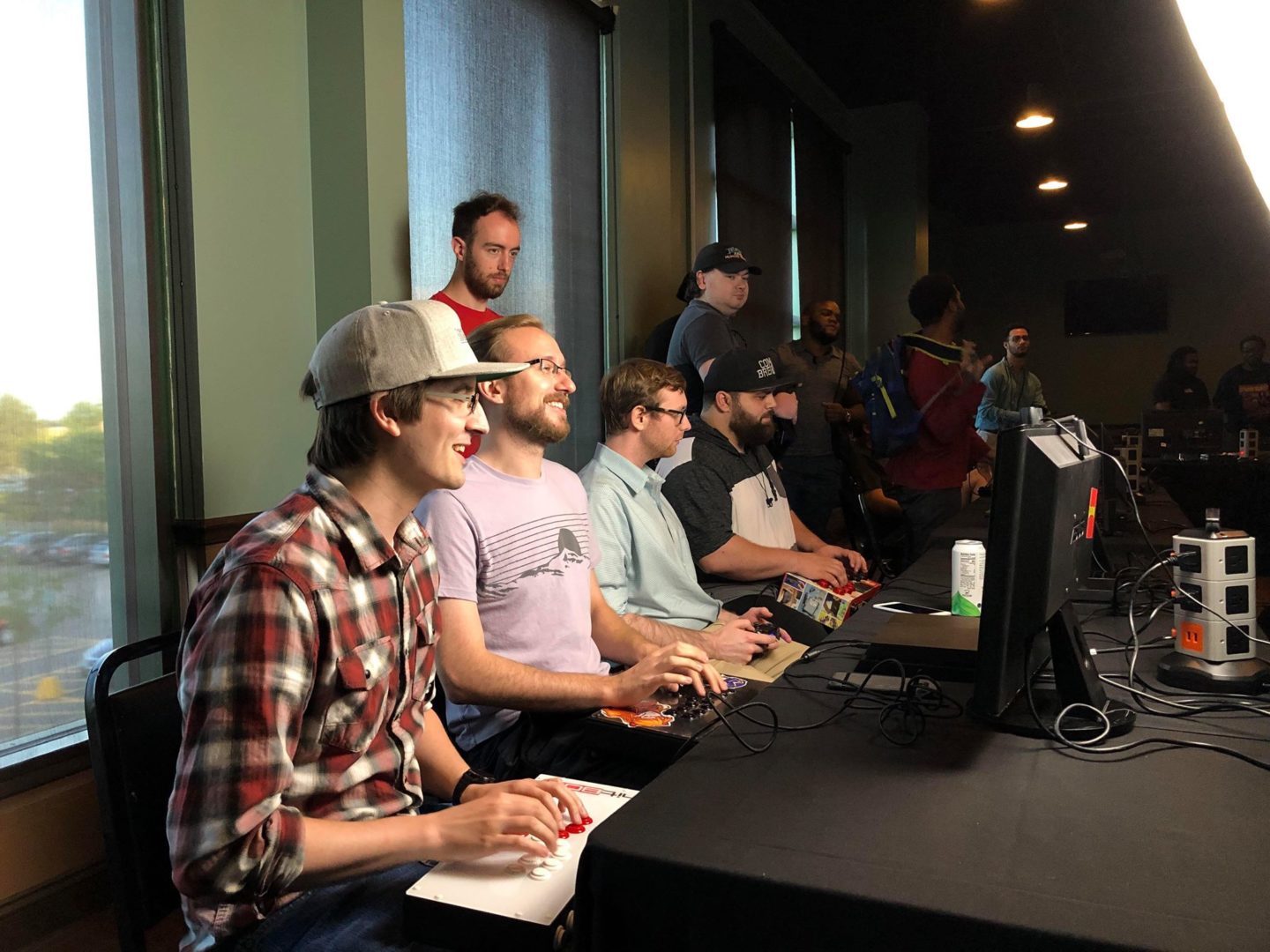 That love is still burning strong today. “The real reason I do this,” Drury says, is that “the community is amazing.” He ardently believes that the best players in Chicago “are out here proving that they can take on the best in the country, no problem.” If the recent Red Bull Conquest finals are any indication, Drury is dead right. Just this past weekend, the Chicago team of Shadow, Dual Kevin, and RoyalHeart showed out against competition from across the US, including wins over teams from Los Angeles, Minneapolis, Oakland, and Seattle. And according to Drury, Shadow is only the tip of the iceberg – he also cites Badonkiezonk, Fab Will, Jon Hammer, Cuddlecore, and Emily as players to watch out for.

Yet, as the character of Nick Fury suggests, sometimes the people to watch out for are the ones behind the scenes. In the FGC, there’s no better example than Drury.

Like the original MCU, Drury’s plans come in phases. The launch of ChicagoTekken.com was phase one: the construction of a single, central home for the entire community with “an events page to organize what is happening where.” Phase two “was providing avenues to create additional revenue and grow the scene.” Drury manages the first with the help of a two-person team of volunteers with whom he attends tournaments and sells merchandise. To help with growth and exposure, he has another three volunteers “writing article recaps and [publishing] highlights for our locals, both weeklies and monthlies.” For those keeping score at home, that puts him only one volunteer shy of matching the original size of the MCU Avengers – which is pretty good, given that, unlike Fury, Drury doesn’t have a massive secret government organization supporting him. 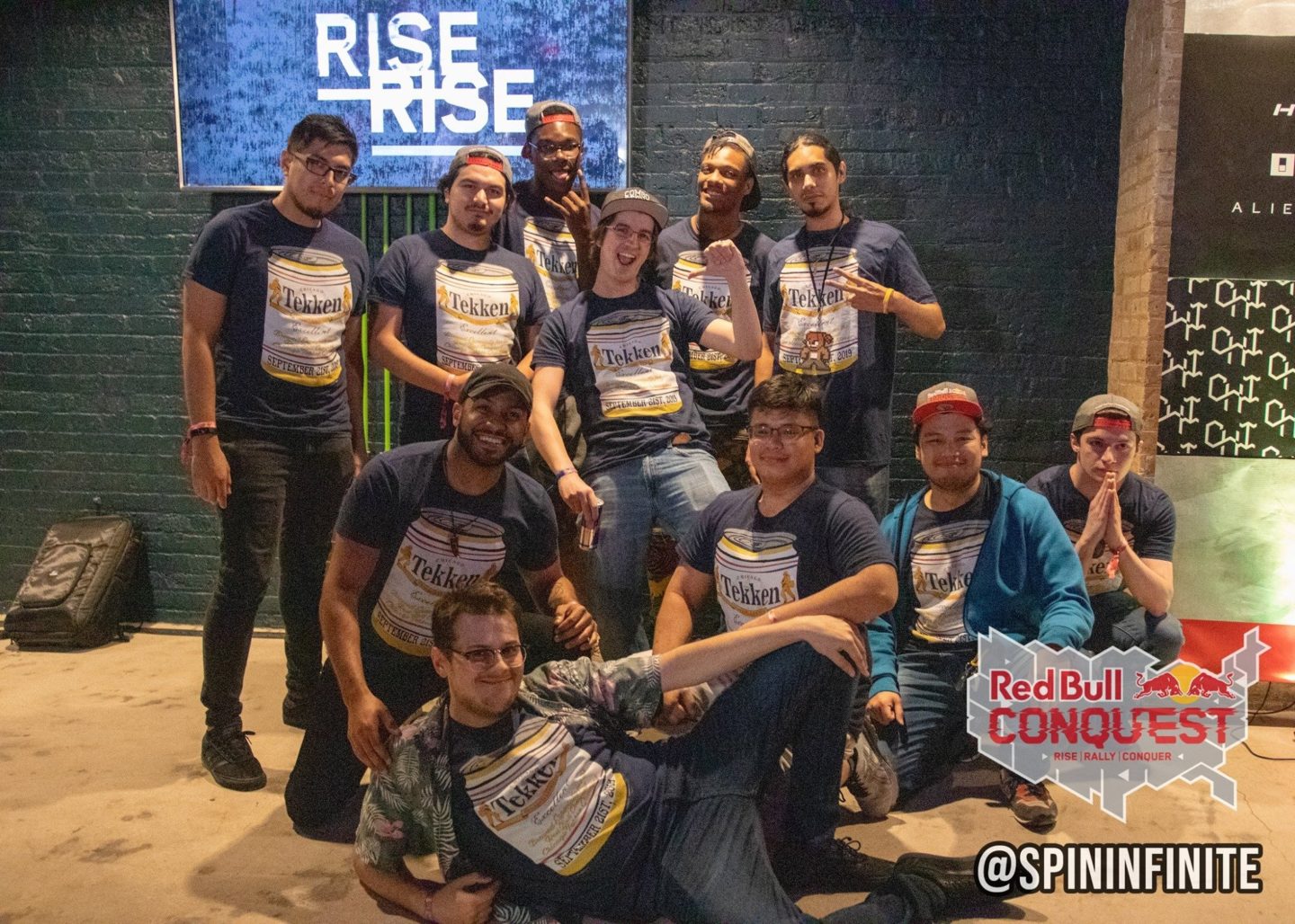 In fact, all of Drury’s efforts take place under the aegis of the ChicagoTekken.com LLC, an organization that Drury created himself and runs as a not-for-profit “with the mission of growing and supporting the scene.” With phase one complete and phase two up and running, Drury is eagerly looking forward to the start of phase three: “actively plowing profits directly back into the scene. Prize pools, helping support local events financially – whatever the scene really needs.” He also plans to “start hiring content creators such as writers to provide more unique and original content,” which would turn the Chicago Tekken scene into a diverse, robust economy the likes of which has not yet been seen in the FGC.

Suffice it to say that, when Drury makes plans, he thinks big.

The Sky’s the Limit – For Now

Just like Nick Fury’s spy background prepared him to lead the Avengers, Drury’s background in economics and insurance underwriting positioned him to become a community organizer for the Chicago FGC. Don’t let the stereotype fool you, though: Drury is no soulless pencil-pusher. Many of the designs in the Chicago Tekken store are his concepts. He’s got creative ideas for marketing, too. His favorite right now is something he calls “Play Chicago’s Finest.” The idea is that anyone who stops by the Chicago Tekken booth at a live event and makes a purchase over a certain amount receives “a ticket you can redeem for a first-to-two set versus one of the pros.” Anyone who wins gets a free shirt, but every participant helps to create buzz for the Chicago scene. 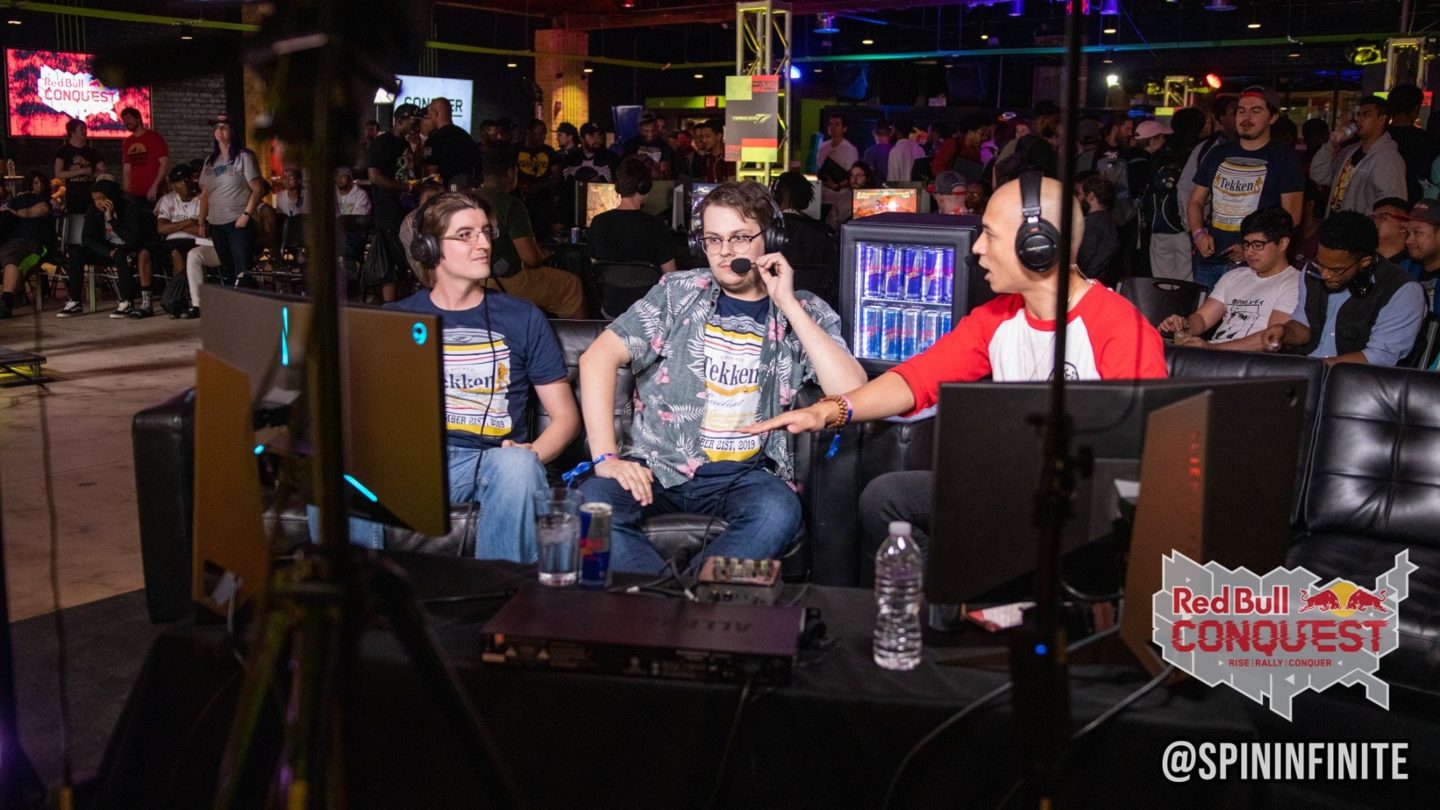 For Drury, that’s what it’s all about: the community. Chicago’s weekly tournaments have twenty-odd signups. The monthlies get anywhere between thirty and a hundred. Every single one is part of Drury’s vision for the future of the Chicago FGC. “The more opportunities I can help give our community,” he says, “the better we will all get.” He credits Jess (@_jelart), an Australian artist, and community pillar Quasimodox (@Quasimodox) for their contributions to the merch store, and he has a huge amount of respect for BGCallisto and MeloDe, the two driving forces behind Chicago’s Mishima Monthly. Together, he hopes that they can do for the Chicago FGC what movie-makers have done for the MCU: elevate it to heights that no one else had even dreamt of before.

Drury’s challenges will be unique. He has no supervillains to conquer and no superstar egos to placate. Instead, he’s faced with the daunting task of finding a way to put the third-largest city in the US on the map. But if anyone has the patience, perspicacity, and partners to do it, it’s Drury. Let’s just hope he doesn’t lose an eye in the process.

Eli Horowitz (@BODIEDnovel) is, obviously, something of a Marvel fanboy. A writer and software professional who lives in Pittsburgh, his first novel is about the FGC.

toptier wishes to thank @Spininfinite for the use of photos in this article.