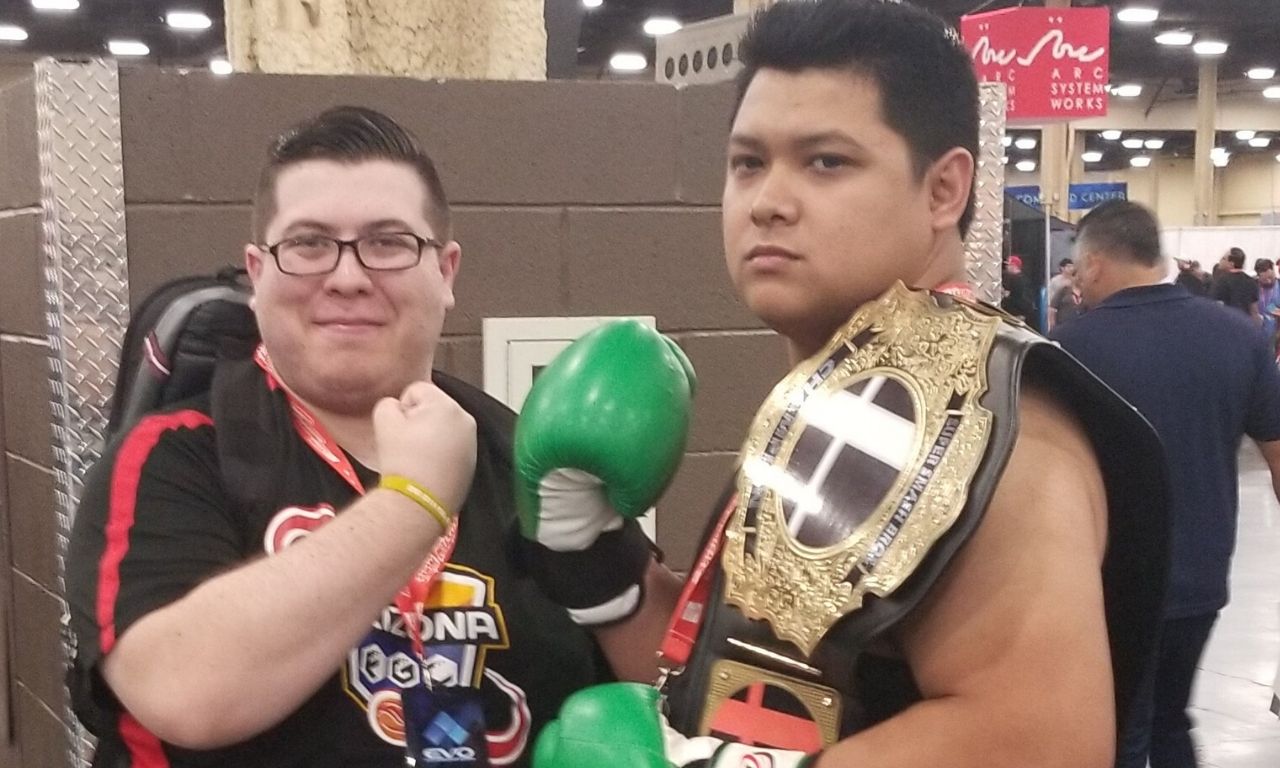 Imagine if superheroes only saved people who were already fairly well-off. Picture Superman flying over homeless encampments on his way to stop someone from breaking into a Mercedes-Benz, Storm using her powers to clear away the rainclouds over a golf course, or Doctor Manhattan deciding that he’s going to cure cancer but only for celebrities. Those acts wouldn’t be villainous, but they wouldn’t be completely heroic, either. Intuitively, we all know that you can’t be a real hero unless you offer your help to the people who truly need it.

But there’s a catch. Sometimes the only way to help is to stand up for controversial ideas or unpopular actions. Sometimes you can only help if you’re willing to listen to people who are hurting and feel what they’re feeling. That’s what Tanner “King Hippo” Rubert does for the Fighting Game Community, and that’s why he deserves to be called a hero.

Brutality In The Game; Humanity Outside Of It

Rubert hails from Phoenix, Arizona. His home arcade is The Gaming Zone in nearby Tempe. When he’s there, he focuses on Mortal Kombat 11 and Samurai Shodown, two of the bloodiest and most unapologetically violent titles in the FGC. Yet outside of the games, Rubert has a huge heart and a keen sense of compassion. These two things form the basis of his blog, Them’s Fightin’ Words!!

As Rubert explains it, “I was just out of college, poor, and unable to really travel much even locally for FGC-related things. I was going stir-crazy, so I decided to combine two of my favorite pastimes: writing and playing fighting games. But I wasn’t interested in the usual self-help stuff, [because] plenty of better players than me were already doing that. So I decided that I was going to try and blog about what I saw as community issues from a sociological perspective.”

Just like any other community, the FGC has had its share of con artists and fraudsters. The earliest days of the FGC saw “sponsors” who would simply take players’ winnings, tournaments whose organizers never paid out, and players who openly colluded with one another. Thankfully, these issues have largely been eliminated from today’s FGC. Still, they do reappear from time to time, and those occurrences were the initial material for Rubert’s blog. “It barely attracted any attention other than my friends on Twitter at first,” he says. Soon, though, that changed. Rubert’s traffic “took a noticeable spike” when he shifted to a less-publicized issue: “the problems that I noticed women have finding comfort in the FGC.”

“As the year went on, one of my best friends came to the conclusion that she was always a woman, and was going to take steps to transition,” Rubert explains. “Her slow coming-out process gave me a lot of insight into how hard it can be for women to exist in the scene without facing harassment. From then on, I started to dive even harder into the blog.”

What Rubert learned by blogging was that the FGC already had a reasonably good system in place for dealing with cheats and scammers. What we lacked was an equally good system for polishing our norms and standards of conduct.

Of course, norms are notoriously difficult to establish and justify. Rules are simple: no one is going to argue with a rule that says “don’t cheat.” But, just as a fighting game player can’t win by relying entirely on simple rules and patterns, a community can’t reach its full potential unless it deeply examines its own complexities. Rubert’s case-in-point is Seon-woo “Infiltration” Lee. Around the same time that Rubert started blogging, Lee was arrested and subsequently found liable for domestic abuse. Yet Lee himself is not Rubert’s primary focus. Rather, Rubert’s concern is what Lee’s situation says about the community as a whole.

“Like many, I was pretty disgusted by the whole thing, and the general response from the FGC left a bad taste in my mouth,” he says. “No one player is ever bigger than an entire community. Talent and ability is also just never an excuse, in my opinion, to write off abuse, especially domestic violence.”

The FGC is hardly unique in dealing with these issues. In recent years, practically every major cultural institution has been forced to confront issues relating to domestic violence, sexual assault, and/or the harassment of women in the workplace. Abuse scandals and criminal convictions have stained MLB, the NFL, the NBA, the WNBA, the NHL, Hollywood, Silicon Valley, the news media, the music industry, the White House, and more. And there are no contexts in which we’ve found a solution that makes everyone happy or that everyone will readily accept. Still, Rubert says, “I’d like to think that if I can bring some attention to the bad parts and try to get people to understand that there are complex social issues in play that need to be addressed, we’ll be a little better off.”

“I think the run of the mill FGCer can only try to be as open as possible to their own local communities [and,] above all, remember that a community takes care of itself,” he says. “If someone in the community who has no power is asking for help or saying they’ve been hurt, it’s the community’s responsibility” to listen and take action.

And why not? Should Batman only protect his fellow CEOs? Should the Avatar only serve royalty? As Rubert sees it, unity is not the result of strength. Rather, he believes that strength is the result of unity – and he believes that there are roadmaps in place that can help us get there. For example, he’s in favor of “following the track of the Smash side of the scene and creating a Code of Conduct with a powerful, respected ethics board that Tournament Organizers sign onto.” This way, the FGC’s caretakers would be forced to address contentious situations and arrive at solutions. Even if these solutions are tentative and subject to change, Rubert believes that they would still be better than the inconsistent patchwork system currently in place.

All of these subjects and more are covered on Rubert’s blog. He knows that he doesn’t have all the answers. But he also knows that the questions must be addressed. “The responses I’ve had have been really positive,” he says. The next step is to see the change begin to happen.

People like Rubert often get a reputation for being bitter or negative, but that couldn’t be further from the truth. Rubert himself is perfectly easy to get along with, and he sees “lots of little pockets where I think a lot of TOs show a lot of promise in dealing with these common issues.” Sometimes Rubert encounters community leaders who think that interpersonal problems can be resolved by an exhibition match, and those leaders leave him understandably unimpressed. Others, however, give him more hope.

“I’ll be heading to Michigan Masters in March,” he says, “and the people behind that tournament have done great at creating a more inclusive environment, which includes things like asking for pronouns before streaming matches, banning known ruffians, etc.” Rubert will write about his experiences as part of his series of “road journals, where I discuss some of the tournaments I’ve been to and document the trip.” And in the meantime, he’ll continue to do his best to protect everyone in the FGC, no matter how much clout they have.

To follow Rubert’s travels and keep up with his thoughts, check out his blog and follow him on Twitter. And if you see him in person at The Gaming Zone or Michigan Masters, tell him how much you appreciate the work that he’s doing to make the FGC a safer, happier, and more inclusive place.

Eli Horowitz (@BODIEDnovel) is a writer who lives in Pittsburgh. His first novel is about the FGC and the idea of social progress.