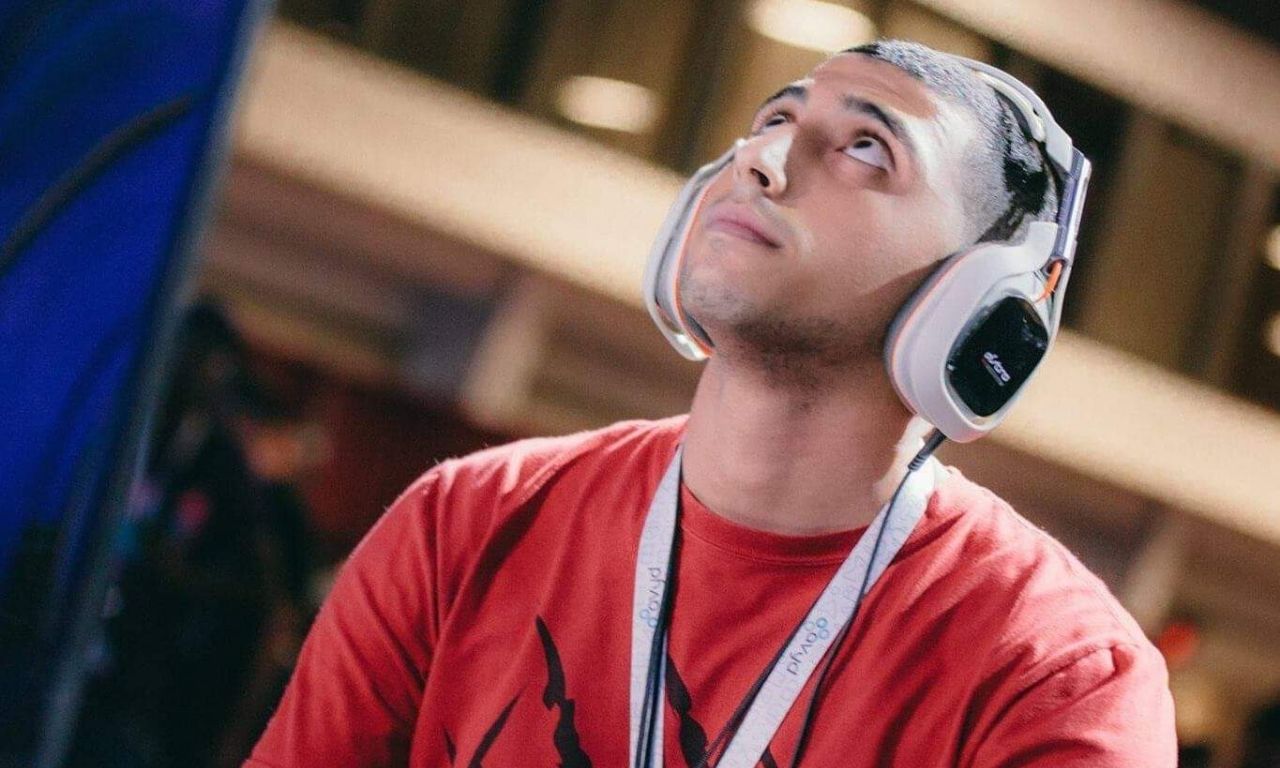 When Low Kick eSports first contacted Shadi “Shady” Barakat, he was already a Tournament Organizer in the Fighting Game Community. Barakat, whose main franchise is Mortal Kombat, was (and still is) a regular competitor at Galloping Ghost Arcade in Brookfield, Illinois, and he stepped into the TO role there not because of any preexisting desire but because “our weekly events were at risk if someone didn’t step up to continue running it.”

This is a common story among fighting game volunteers and staff, and it speaks to the nature of what the FGC truly is. Yes, Barakat is now the head TO at Galloping Ghost and “a helping hand” for Low Kick. Yes, he has co-hosted fighting game podcasts and grown into a trusted and recognized figure in the Chicago-area FGC. But before the emergence of the professional, multitalented, resume-building Shadi Barakat, there was the boy who got hooked playing Mortal Kombat 4 on his cousin’s Nintendo 64 and Ultimate Mortal Kombat 3 on the Super Nintendo with another relative.

In other words, well before he was a part of the FGC, Barakat already knew what really mattered: being a part of an FGF, a Fighting Game Family.

As many people in our Unsung Heroes series have testified, being a TO is hard and often thankless work. “For bigger events a regular TO is someone who is in charge of running smaller brackets or ‘pools’ for a single game whereas the Head TO is responsible for the whole game or event itself,” as Barakat explains it. When he says that he’s “responsible” for a whole event, he means that he arranges pretty much everything: obtaining and setting up consoles and monitors, seeding brackets, deciding which matches will be streamed, and, of course, handling any unforeseen issues that arise during competition.

“It can get pretty stressful,” he says, especially because he often participates as a player in addition to his work as an organizer. “At bigger events where I’m trying to perform as well I can I try to not TO at all, but sometimes duty calls and they need another hand.” Most fans of the FGC love the high-stakes, do-or-die action of the competition. Few know that the stakes are even higher behind the scenes. “TOing events has taught me to be more appreciative of other TOs while I’m competing,” Barakat says. “I realized how little room they have for error and how stressful it can be. In competition, your mistakes only affect yourself as a player and your results. If a TO makes a mistake, it can ruin the whole event.”

So why do it? Why does he keep coming back? In part, he says that it’s because the scene has matured in terms of rewarding TOs. “A lot of big events like Combo Breaker and Frosty Faustings do a great job of making being a TO at their events enticing. Like offering their own break room, providing food for all their TOs, and even giving out prizes in the form of a raffle that only the TOs are a part of. [Those things] may not sound like much, but it’s little things like that make people feel more appreciated.” 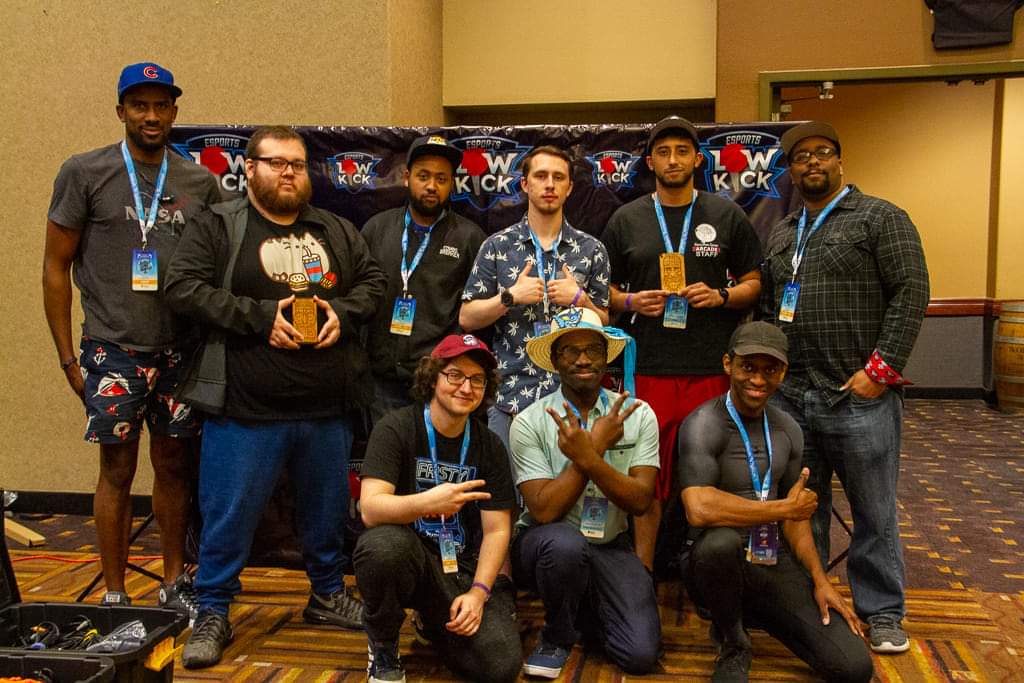 Ultimately, though, it all comes down to something much simpler and closer to the heart: “I consider both [Galloping Ghost and Low Kick] as family.”

“I still haven’t decided on an end goal as far as a competitor goes,” Barakat says. “But I do know that I’m hoping to have my breakthrough performance that gets my name out there and brings attention to potential sponsors and partnerships.” This is where many people in the FGC find themselves: our adopted fighting game families provide us with the things that we need in order to truly live, but we still need to be able to put food on the table. As Barakat says, the community still lacks a reliable “outlet for players to get in touch with organizations that are looking for players to sign as competitors or streamers.”

Still, there’s plenty that he can – and will – accomplish in the meantime. He looks around the FGC and sees a thousand reasons to believe in himself. “I’ve looked up to [Dominique “SonicFox” McLean] ever since I started competing solely [because they were] still in high school, maintaining a 4.0 GPA, and [playing] in band all while being the best Mortal Kombat player in the world.” Another role model of his is Amanda “Romanova” Rose. “I watched her start off as a commentator for random local events like at Galloping Ghost all the way to commentating Dragon Ball FighterZ at Evo. I literally watched her growth as a commentator and I admire [her] despite having zero interest in becoming one myself. I also look up to [Tommy] Tweedy because…he always manages to perform exceptionally well at every event he attends despite anything that is said about or to him.

“The last person or group of people I wanna mention that I look up to are Ryan [Porter] and the rest of Low Kick. They started off as grassroots as you could possibly get [and are now] running some of the largest events in Chicago and partnering with much bigger events all across the midwest.” All of these people demonstrate the perseverance, confidence, talent, and dedication that Barakat aims to achieve for himself. “Our community members are quite inspirational,” he says. “I hope to be as much of an inspiration to others [as] those people are for me.”

Thus the FGC grows in numbers and in strength. Like a guild, we galvanize one another; like rivals, we challenge one another; and, like a household, we support one another. You can find Barakat supporting the Ghost Battle Series at Galloping Ghost Arcade on Thursday nights. In the meantime, follow him on Twitter to cheer him on as a competitor and to give him a shoutout for all of the great work that he does for all of us who’ve found new family in the FGC.

Eli Horowitz (@BODIEDnovel) is a writer and software worker who lives in Pittsburgh, PA. His very first low kicks were on the soccer field, but since then he’s learned the ways of cr.MK; his first novel is set in the FGC.