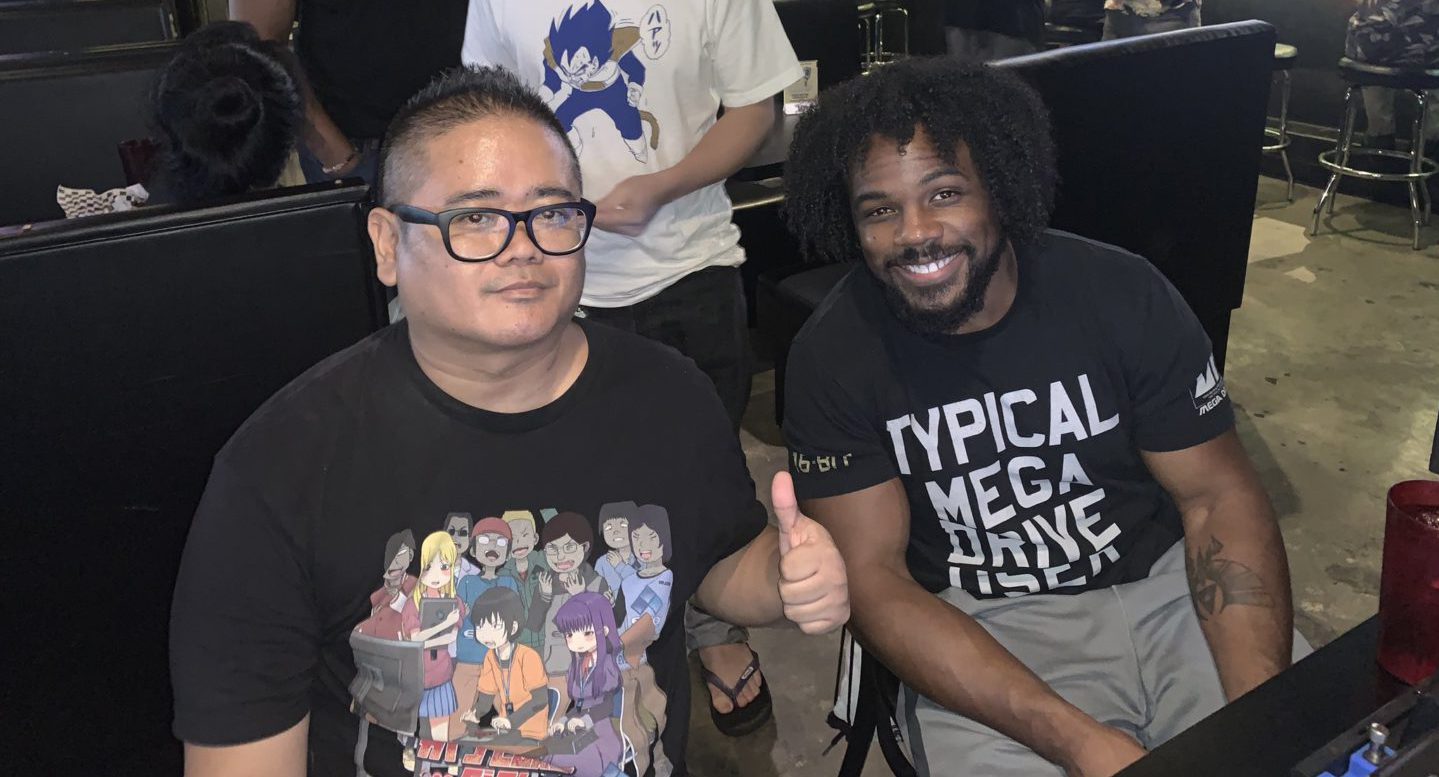 If you just look at the headlines, you might think that the Fighting Game Community is a purely urban phenomenon. High-level players and major scenes come from New York City, Los Angeles, Chicago, London, Tokyo, Paris, and so on. Even Arslan “Arslan Ash” Siddique, the Pakistani player who shocked the world by becoming a two-time Tekken world champion, is from Lahore, the second-largest city in his country.

But fighting games are fundamentally democratic. In the arcade days, all it took to play was one arcade machine and two quarters. Nowadays, as long as you have a video game console and a friend, you’re in. Moreover, the FGC wouldn’t be what it is today without the contributions of people from small towns and small scenes.

Ray “RayBladeX” Teruya, Jr. is the perfect example. He grew up in Beaverton, Oregon, a small city just outside of Portland. In the early ‘90s, Beaverton had a population of just sixty thousand. Yet it was enough to support a go-kart center called Malibu Grand Prix, where Teruya first saw the hot new arcade game that had just been released: Street Fighter II. He quickly took his beginner E. Honda to Wunderland, a local video game arcade, where he learned more about the game and eventually switched to Guile.

These beginnings are as unassuming as can be. Beaverton is no one’s idea of a tourist destination, and millions of kids dropped their quarters into a Street Fighter II machine at one point or another. But for Teruya, those early days at Malibu Grand Prix and Wunderland would be the start of a lifelong dedication to fighting games and the FGC.

As the fighting game genre grew in popularity, Teruya tinkered around with Fatal Fury and Art Of Fighting, but “it wasn’t until Mortal Kombat was released that I took another game as seriously as SFII. In MK, I mained Johnny Cage, but could play the whole cast.”

Few people would have known it at the time, but his decision to “play the whole cast” was a surefire sign that Teruya was hooked on the genre. Sure enough, as he grew older, he delved even deeper into the budding FGC. “I started organizing FGC events [in] the Dreamcast era,” he says, referring to the period around the turn of the millennium when titles like Capcom vs. SNK and Marvel vs. Capcom 2 had huge followings. He’d run tournaments out of game shops and at the Tilt arcade at the Lloyd Center mall in Portland.

“We’d get players coming in from Seattle, which is a 3 hour drive, and other towns,” he recalls. “While I miss those days, I don’t miss how long they took to run. Sometimes you’re in there from open to close since it’s usually on one setup or cabinet.” In comparison to the high-profile events that the FGC puts on today, Teruya’s local tournaments in Beaverton would be easy to overlook. At the time, neither players nor Tournament Organizers made any money to speak of, and no one in the FGC imagined that “esports” would be a viable career choice one day. But no matter how small they may seem in retrospect, each one was a gigantic act of love that prepared Teruya for bigger and better things.

In 2010, the TO from the Pacific Northwest decided to make a big change. “I moved to Hawaii to start a new career in carpentry. I have family here, so I felt that it would be a good time to enhance my life by taking up a new trade.” Before he left, he made one last impression on his local scene, traveling to Seattle for Bloody Knuckles and winning the Street Fighter IV tournament there.

In choosing to live near his family, Teruya inadvertently moved from a small scene to an even smaller one. “To me,” he says, “the transition wasn’t too bad, except that Hawaii doesn’t have very many active players in some of the games I like to play.” To this day he still acts as a TO, helping to plan and run a tournament called Thursday Night Fights at a local bar and grill. The event is on hold until the COVID-19 pandemic subsides, but even when it does, Teruya will still have his challenges.

“The worst feeling for an organizer,” he says, “is probably this: [you] bring five to six setups for a game and have [fewer] players show up.” At Thursday Night Fights, the rule is that if a game has fewer than eight players, that game is temporarily retired. It’s a necessary step for TOs to take, but it can be a painful one, too. Teruya himself wants to see more Virtua Fighter and Soulcalibur VI, but his Hawaiian FGC often doesn’t have the numbers to support them.

This is another reason why TOs like Teruya urge players to support their locals: with more players, not only is the competition stronger, the entire scene gets to experience more variety and have more fun. He also believes that FGCers should “get more involved [with their local FGC], such as organizing or helping with events.” One way or the other, “you have to show up, because these kinds of games are best played offline, with a person next to you.”

That’s what has hit him hardest about the pandemic. “Seeing friends offline, having a drink, having good conversation” – for now, none of that is safe. It’s especially tough for Teruya because he and his Hawaiian colleagues run the Sea Salt Suite, an after-hours game room at the Evolution Championship Series. Even more than the official tournaments themselves, community-run “salty suite” parties like the Sea Salt Suite capture the pure chaotic ecstasy that defines the FGC. Running the salty suite at Evo is the FGC version of hosting the after-party at the Oscars: just being part of it is an honor. Unfortunately, it’s an honor that he’ll have to forgo this year as events remain closed due to the pandemic.

Until it’s safe to get out again, Teruya is concentrating on his family and his carpentry, which he combines with his hobby in exceptional ways. “I’ve created arcade game boxes, of which I’ve sold around twenty units. I’d like to start on full size cabinets, but maybe at a better time than now [i.e., after the pandemic].” 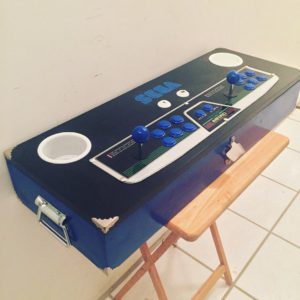 As a competitor, Teruya dreams of breaking into the top eight in Super Street Fighter II: Turbo at Evo. But even if he never reaches that lofty plateau, he’ll keep doing what he always has: playing fighting games and supporting the community that plays alongside him. He may never move to a megacity or run an international event with his name on it, but he doesn’t have to. Thanks to his contributions, the FGC is already a more welcoming, more joyful place. For a regular boy from Beaverton, that’s not too shabby at all.