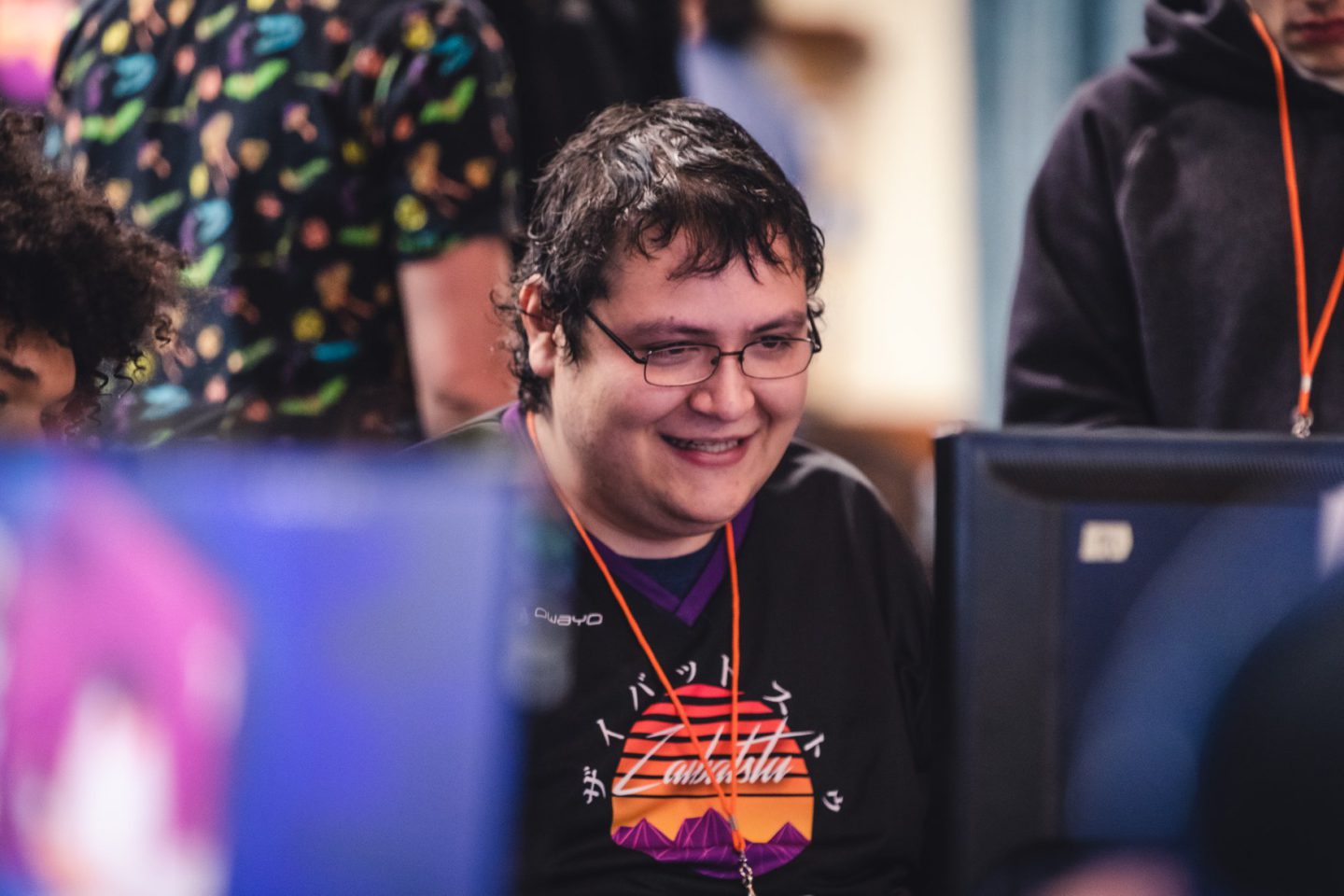 If you’re in the Fighting Game Community and you’re looking to improve, there are any number of people who’ll be eager to help. Fellow competitors will run sets with you at a local venue or online, content creators will post tutorials and guides, and skilled players will offer personalized coaching.

But there are times when all the positivity in the world isn’t enough. Sometimes, the best motivation is getting beaten and feeling like you never want to lose that way again. That’s where Miguel “Gravegun” Rodriguez comes in. In between organizing tournaments, coaching, and fundraising for his local scene in eastern Washington state, Rodriguez trains hard so that he can provide one additional service: “I dabble in a little bit of everything to keep my scene on their toes via gatekeeping.”

It’s an unusual combination of responsibilities, and it requires him to know his local FGC inside and out. But for this community leader, it’s all part of giving back to the community that has already given him so much.

Shelter From The Storm

More so than many other gaming communities, the FGC draws people from every demographic and every walk of life. As a result, its culture is beautiful and exciting, always offering new perspectives on life. But the FGC’s diversity also means that its members are often exposed to some of the worst things that the world has to offer. “I had a pretty tough childhood,” Rodriguez says. “Even my transition to adulthood was rough.” On his twenty-first birthday, his brother and two of his cousins were victims of a drive-by shooting; his brother lived, but both cousins died. A few years later, he found himself with only twenty dollars to his name.

But life has knocked him down, his friends in the FGC have made it a habit to pick him back up. When he was down to his last twenty dollars, they drove him to a Montanan tournament called Fall Brawl and paid his entry fee so that he could attend his first-ever out-of-state event. Last year, to help him set a new precedent for his birthday, they sponsored his trip to the Evolution Championship Series in Las Vegas. Not only was it his first tournament outside of his region, it was the first time he’d celebrated his birthday in four years.

“I owe a lot of people for keeping me sane and motivated, specifically in the FGC,” he says. “The FGC kept me motivated and gave me purpose when I was in really bad ruts.” Now, he sees it as his job to inspire others. “I know what It’s like to work really hard and not get the returns – you lose motivation and ambition. [So] any time anyone extends their hand out to me, I have a personal obligation to do the same for others.”

When Rodriguez says that he’s worked hard, he isn’t kidding. As a player, he trains hard to keep his Seth and his Dictator sharp in Street Fighter V and his Feng clean in Tekken 7. When Guilty Gear -Strive- comes out, he’ll add that to the list as well. As a Tournament Organizer, he’s worked all across his region, traveling via Greyhound from his home base in Yakima county to Tri-Cities (80 miles away) and Spokane (200 miles away).

And there’s more. Rodriguez has worked hard to unite his area, smoothing tensions between cities and games. “Even though it was just a very vocal minority” causing tension, he felt it was incumbent upon him to set things right. “I’m always willing to get my hands dirty, and any success I or my group of friends get, we always try to share [it] and uplift other people.”

Perhaps the most impressive thing about his work for the FGC is that he’s always ready to take the next step. Recently, the man who was once “sponsored” by his friends has become a sponsor himself. Using some of the money he earned designing a shirt for Fall Brawl, he sent a local player named Silkylynx to the event, where she won Tekken 7 and Soulcalibur VI and managed second place in Mortal Kombat 11. Around the same time, he also worked with a number of other community members to get Walmart and Esports Arena involved as partners with the Spokane scene.

In short, he’s been putting eastern Washington on his back “to give my scene the ‘spotlight’ I think they deserve…In a way I get more passionate about seeing my friends and peers succeed than myself[, and] I’m doing everything in my power to provide that outlet [for them].”

So if you’re ever in the eastern Washington area once the pandemic is over, be sure to look up Rodriguez so you can see one of the FGC’s finest contributors in action. But if the tournament-organizing, fundraising, coaching, player-sponsoring gatekeeper of Yakima knocks you down a peg or two, try to remember two things. First, it’s for your own good. And second, he didn’t get here alone. His list of FGC shoutouts is huge: Cameron and Kairi Luna-Gorman; Juan and Lala Rodriguez; David “Dave666” Lopez; David Tapia and the whole Mothello crew; Jamal Seto; Hector “El_Bukis” Gomez; Javier “Hannah_Montana” Pena; Hector “Heckdizzle” Olvera; Tyler “Dirtyroach” Johnson; his mentors on Team Jurassic, Chris, Vivek, and Dustin; Crazy Tony; Gabriel “ZeroLoyalty” Gamez; Rory “Smithers” Maher; Nicholas Wineman and all of ZTU; Sunken Treasures; Matt “Flubber_lang” Tabert; Benjamin Vaca; FIIIIISH; David Lee; Jason199x; Bibian; Sito; Adolfo “Murderlake” Alvarez; and everyone at Fall Brawl.

To join that list, or just to show him your support, follow Rodriguez on Twitter @Mig_uez. If his impact of the east-Washington FGC is any indication, you’ll be glad you did.

Eli Horowitz (@BODIEDnovel) lives and writes in Pittsburgh, PA. His first novel is set in the FGC and will be for sale very soon. To keep up to date with his work, follow him on Twitter or visit his official website.