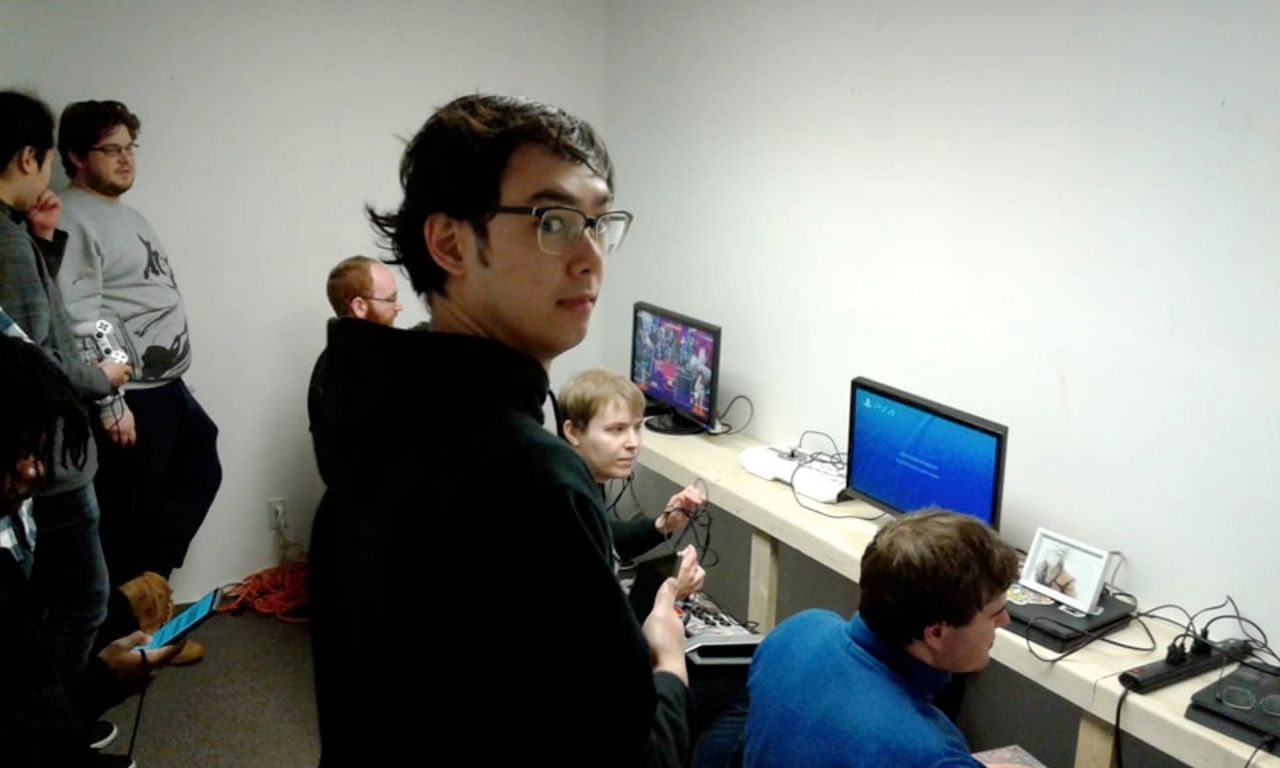 When Kevin Williamson and I talk about his philosophy as a tournament organizer (TO), he says that “the ‘flavor’ I aim for is basically trying to make the perfect event for a new player to feel like they never left their home, but at the same time acknowledging that competition is the main focus.” What this means, he explains, is that “everyone is comfortable, everyone has a game they enjoy being played, [and] if someone has a problem immediately come to me and I’ll try my best to resolve it right away” – but, at the same time, “I’m not going to make a beginner station, or ask that players go easy on someone.”

The balance between competition and comfort is an important one, but in this particular case it hides a subtle irony. When Williamson talks about providing a home away from home for his scene, he might as well be talking about himself and his own efforts. Over the years, Williamson and his partners have moved their local across four different venues in two cities. His story is a testament both to the challenges that Fighting Game Community TOs face and to the unflagging determination with which they meet those challenges.

A Home For Hype

Williamson’s first serious fighting game was Marvel vs. Capcom 3. Since then, he’s traded his Morrigan/Dr. Doom/Amaterasu team for Yang and Yuzuriha in BlazBlue: Cross Tag Battle and May in Guilty Gear Xrd. Cartoon- and anime-style games are his groove, and he plans on staying in it for the foreseeable future. “I’m looking forward to Granblue [Fantasy Versus],” he says. “Guilty Gear Strive, too – May is in now, so I have a reason to play.”

After a few years as a player, Williamson began to feel the absence of a regular local tournament. So, together with two other friends who are also both named Kevin (yes, really), he started a monthly event. One Kevin specialized in equipment, another took care of social media and running the brackets, and Williamson himself handled the event’s finances.

At first, their event ran out of Sporty’s Pub & Grill in St. Paul, Minnesota. Then Sporty’s went under, so they moved to O’Gara’s, another St. Paul bar and grill. Soon O’Gara’s also closed, ostensibly for remodeling but ultimately for good. The three Kevins tried again at a local Level Up Games, and then that store closed. “So we’re really just a bad luck charm,” Williamson laughs.

Now they run their event, The Function, out of Paradise Arcade Shop in Minneapolis, the larger of Minnesota’s Twin Cities. Williamson is optimistic that this home will last. “They’re in tune with the needs of the FGC,” he explains. “Other places understandably don’t really know how casuals work. For instance, one place we were looking at suggested that we pool together nearly $1,200 a month to rent space for casuals. You can imagine how that went.” 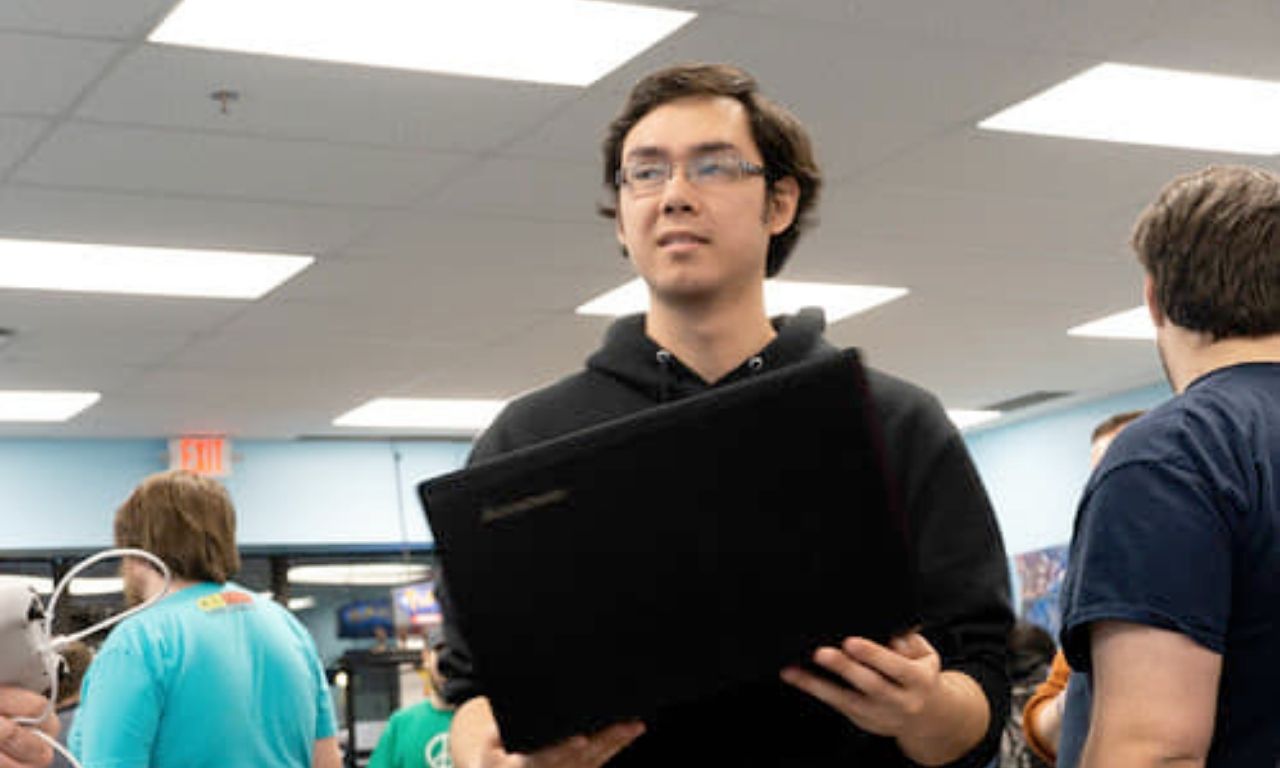 This is a struggle that can fly under the radar in the FGC. We’re all familiar with the stories of players who’ve overcome difficulties, and we’ve all borne witness to the fact that “streaming is a blowup” (to quote Arturo “Sabin” Sanchez). Yet relatively little is said about the challenges faced by TOs, up to and including the challenge of simply finding a physical space in which to hold an event. After the arcade crash of the ‘90s, many local fighting game scenes have no natural habitat. In such situations, there are only two realistic choices: give up, or use all of your creativity and energy to build a home from whichever mismatched pieces you can lay your hands on. There’s no doubt about which option Williamson has chosen.

Eyes On The Prize

Williamson’s intention for his scene is a familiar one: growth. For him, that mainly means two things: leveling up his players and starting to stream events consistently. Both of those goals speak to his need for a stable home.

First, competition is fueled by motivation. But motivation itself is fueled by stability: none of us can focus on the next step when the ground underneath us isn’t stable. Williamson is also considering taking a more hands-on approach when it comes to lighting a fire under his players, but having a stable venue will go a long way as well.

The same goes for Williamson’s stream. Tournament broadcasts are so common that we now take them for granted, but they’re far from trivial. Streamers need to have hardware and software skills. They also need to have space for their equipment, a fast and reliable internet connection, and a floor layout that allows them to set up, monitor the action, and close down easily – all of which depend on the venue.

Of course, in the end Williamson is right: short of a miraculous windfall of money, luck will have to be on his side. In the meantime, though, he’s going to make as much of his own luck as he possibly can. If you’re in the area, support Williamson by heading to The Function at Paradise Arcade Shop in Minneapolis every Wednesday from 5 to 11.

Eli Horowitz (@BODIEDnovel) still has a soft spot in his heart for Tilt, the mall arcade from his childhood. He lives in Pittsburgh, where he writes and works in software. His first novel is about the FGC.