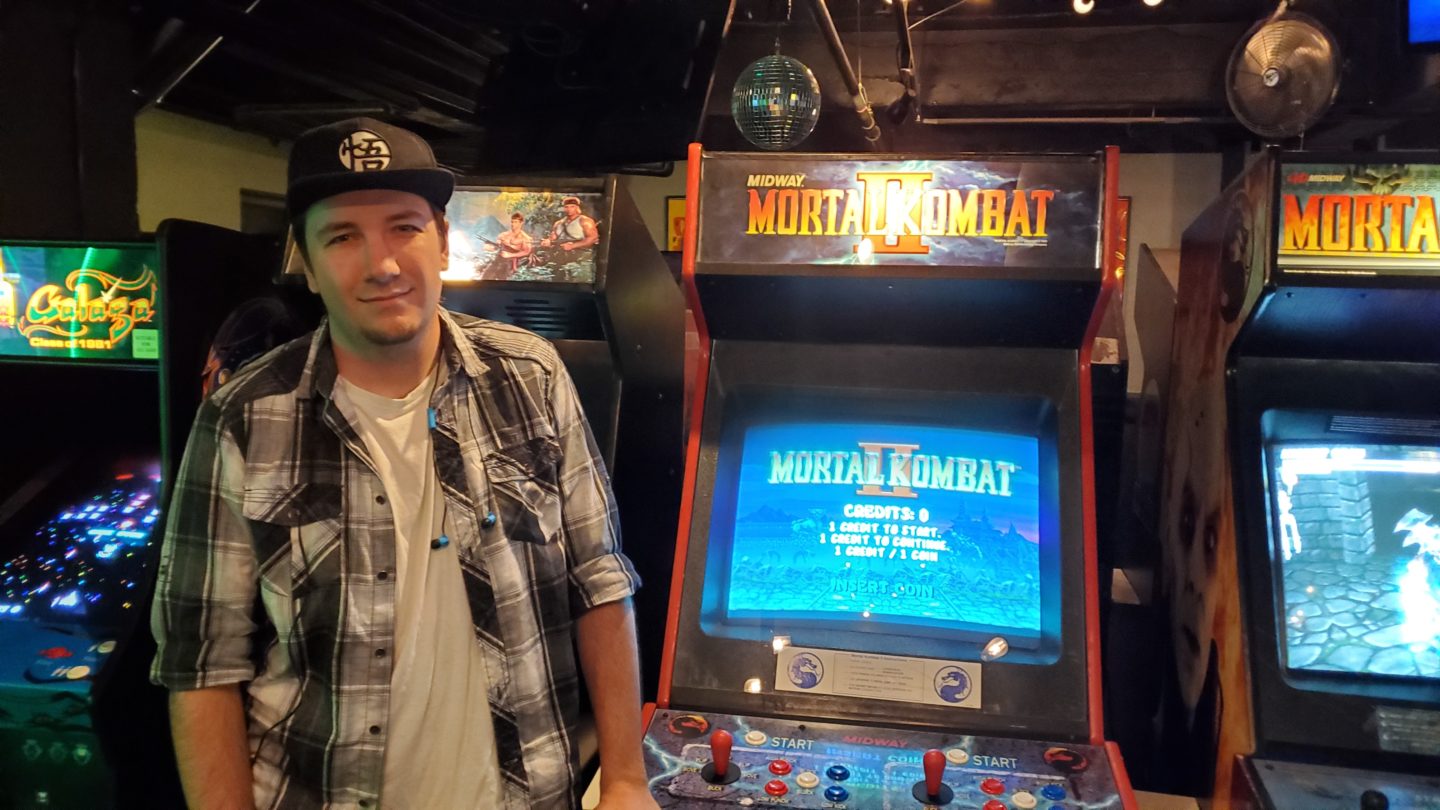 “It’s dangerous to go alone,” a mysterious old man tells Link at the very beginning of the first Legend of Zelda game. This is a lesson that we in the Fighting Game Community know well. And though there are plenty of people who are willing to share tech, run sets, and commiserate, there are only a few who are like Greg “Gr3ggl3s” Medved. Medved is a major player in the Utah FGC: he once placed 65th in Mortal Kombat X at Evo, and to this day he regularly wins statewide events. But although those are his most public accomplishments, they’re arguably not his greatest. Just ask his friends, one of whom says: “He’s been holding our NRS scene in Utah up on his shoulders for years.”

Medved’s origin story is a familiar one: he found a fighting game that clicked with him when he was young, followed the nascent FGC as he grew up, and immersed himself fully when his game had a modern release. In his case, the series is Mortal Kombat and the modern release was MKX. From there, he connected with his local scene – the well-known 801 community – and grew to be one of the biggest fish in his pond.

From there, the next step was obvious: Evo. “I felt really confident in my skills,” he says now, “and thought I would be a shoe-in to make it out of pools.” This, too, is a familiar line. Many of us know the feeling of confidence that comes with being a top player among a small group of friends or small local scene. And the Utah NRS community really was small at the time: Medved remembers there being only three or four total competitors, not even enough to foster a proper competitive environment. So you can probably guess what actually happened at his first Evo. It’s the same thing that happens to everyone the first time they step out into the broader FGC: he got bopped, finishing with an 0-2 record.

Reaching out to others seems to come naturally for Medved, who does social work for a living. That’s probably why, instead of letting his loss get him down, he did what he does best and started building others up. Understanding that the Utah NRS scene needed to grow, he traveled 45 miles south to Provo and 83 miles north to Logan just to attend locals and recruit people “who were interested and dedicated to becoming better players.” Slowly, those three- and four-person Mortal Kombat brackets grew into twenty-person monthlies. And that was just the start.

Medved isn’t interested in registration numbers alone. He’s still a competitor at heart, and he wants results. Utah’s “biggest need,” he says, “is just more players who want to learn and level up. [Having] players who want to get better makes the rest of the scene better.” And Medved is there to help, taking newer players and guiding them through the process of becoming stronger, more mature competitors – and more mature humans as well. “Frame data and general gameplay elements are easily taught,” he says. The real seed of progress is “the drive of the other person” and your ability to be “mindful of your own actions.” These are lessons that come from the heart: Medved has a powerful belief that self-improvement based in mindfulness is “what helps us to learn and succeed in life,” and he trains his players in that same belief.

And does it work? Just ask Snowdart, who made it out of his Evo pool this year, or Blaqkcloud, who finished 49th – one placing better than Medved’s own personal best.

“Right now I play Mortal Kombat 11 and love the game,” Medved says. He also has an eye on Tekken 7, but social work is a demanding field and he finds that he needs to keep his priorities straight. So instead of doing the thing that would be the most fun or the thing that would give him the most opportunities to compete, Medved is doubling down on his role as the 801 NRS guru. Ideally, he says, he wants to “pick up as many characters as possible” so that his scene has experience with “the whole cast.” He still has his favorites, obviously – Kung Lao, Geras, and Kitana spring to his mind, and he’s also counting the days until Spawn is released, “since he’s arguably my favorite comic book character of all time.” But when push comes to shove, Medved knows who he wants to be. “I…focus on trying to help teach new prospective players how to play and compete,” he says, “and [I] do my best to encourage and assist the scene with leveling up.”

He holds court at two local venues: the monthly 801 Bar Fights tournaments at 5 E 400 S in Salt Lake City and the Salt Lake Skirmish series, which is run out of the KO Boxing Gym at 3584 S 1950 W #18 in West Valley City. Show up some time to say hi to him, and don’t be intimidated by his high standards or the squad of killers he’s building. After all, the one thing that will always be true of Greg Medved is that he’ll never let you go it alone.