Unsung Heroes of the FGC: frogmom 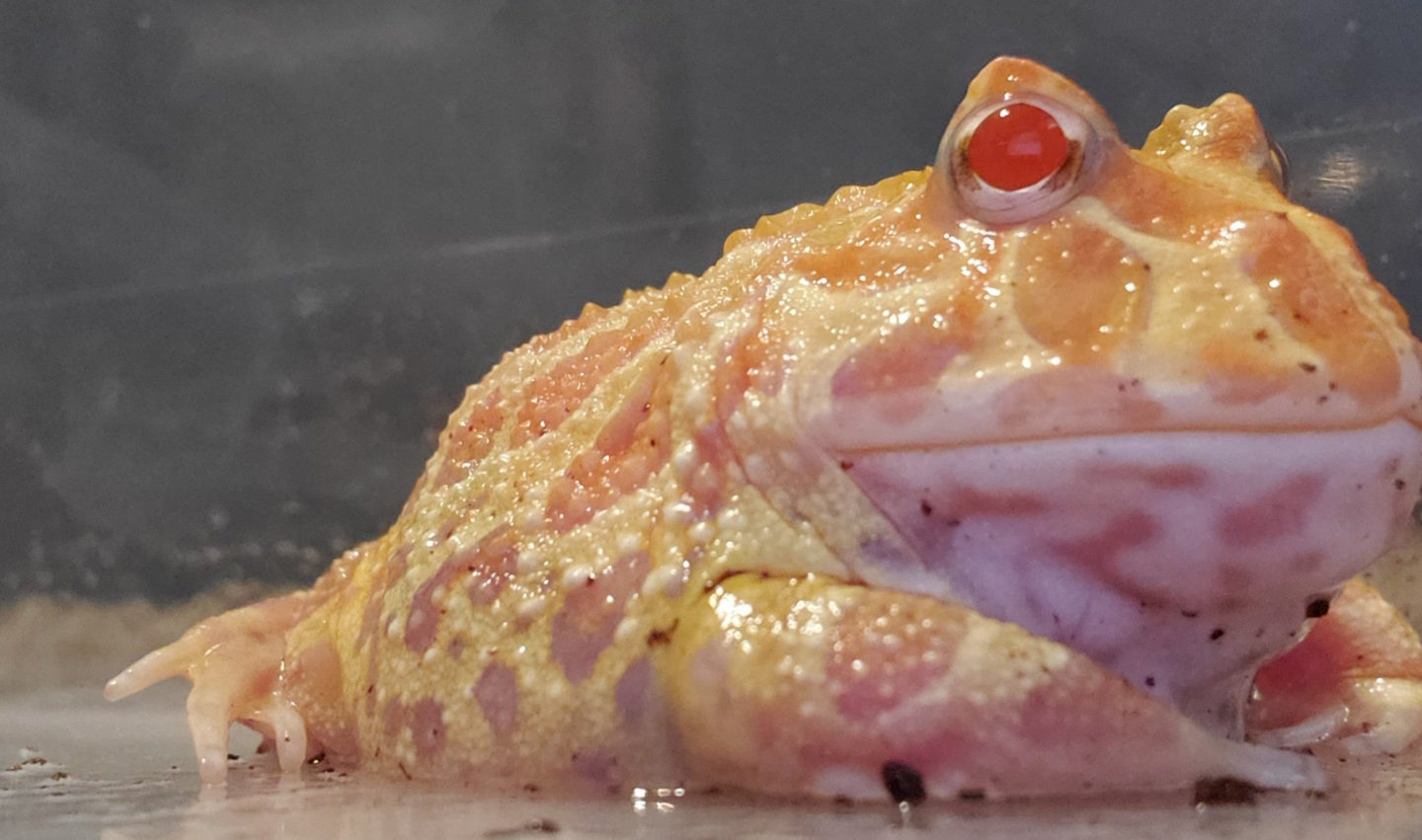 According to recent research, there are about a hundred and thirty million baseball players in the US. Of those, fewer than seven hundred make a living at it. Even including the minor leagues, the number of professional baseball players is no more than two thousand. The same basic math applies to every major sport: basketball, football, soccer, hockey, tennis, you name it. Even in the much smaller Fighting Game Community, there’s a huge gap between the number of people who play (millions) and the number who compete at the highest level (in any given game, almost certainly fewer than a hundred worldwide).

From the outside, these pastimes might seem to be defined by their most proficient participants. If you only pay attention to baseball when the MLB is on TV, it’d be easy to think that baseball is a high-stakes, high-pressure activity that’s all about winning. But that would be a mistake. Statistically speaking, almost no baseball players take it that seriously.

The same thing is true in the FGC. People who have just arrived in the community are likely to know it for its extremes: highlights, popoffs, rivalries, and so on. But that’s only the surface layer. Underneath, there’s an entirely different atmosphere. “Playing fighting games can be an amazing and fun hobby,” says frogmom, one of the most beloved FGC comedians on Twitter. “You don’t need to be the best.” When she first made her way into the community’s mainstream, she was drawn towards a “hard, competitive side” that was at odds with the way she’d played up until then. To bridge the gap, she started making memes, the most popular of which were manga pages that she’d edited to address fighting games.

“I made fgcMangaEdits as a humorous outlet for all the funny things around me and my friends, things we experienced playing fighting games that others could relate to. At this time there was no ‘voice’ for these things. So I made one.” In doing so, she not only created a niche for herself, she helped thousands of casual fighting gamers find a home in their community.

Mash Until It Works

As a child, frogmom lived on a tiny farm in the middle of nowhere, just “a few acres and a creek.” To say she lived close to nature would be an understatement. “Sometimes large toads would wonder too far away from the creek and end up in our driveway. My mom used to have me pick them up and put them back beside the water.” When she wasn’t helping out the local amphibians, she turned to fighting games for fun.

The first game she got hooked on was Darkstalkers 3. Another member of her family had originally received the game as a gift for the PlayStation, but they had already taken a liking to the Mortal Kombat franchise. “We didn’t really have much money growing up and I didn’t have any games on PS1 yet,” she explains. “So they gave me Darkstalkers without really even playing it to sort of shut me up, [just] so I could say I had a game.”

The monstrous cast of characters made a deep impression on the young gamer. She was awed by Morrigan’s beauty on the game’s cover and terrified by B. B. Hood’s murderous grin in the opening cinematic. Before long she found herself maining Q-Bee because of her fondness for the Pokemon Beedrill. “I remember mashing until it worked. I didn’t know anything about fighting games at the time…Eventually I started putting together that when I mashed certain ‘directions’ certain moves came out. and then nobody in my house could beat me.” 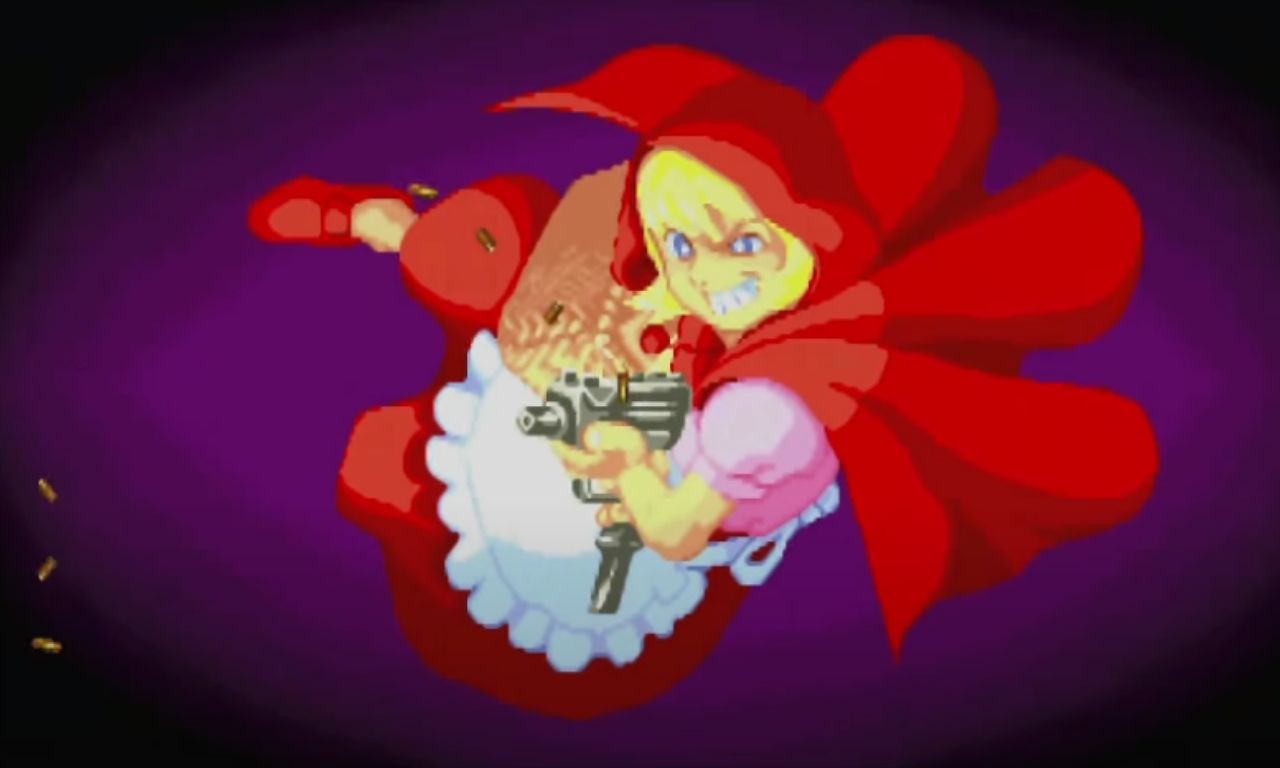 She’s come a long way in her gameplay since those early days, but she never lost her fondness for the powerful women of fighting games. Over the years, she picked up Ibuki in Street Fighter III, IV, V, and X Tekken; Ivy in Soulcalibur; A.B.A in Guilty Gear; Vatista in Under Night; Charlotta in Granblue Fantasy Versus; and Eliza and Kazumi in Tekken. Thanks to the amazing character diversity that’s always been a part of the genre, frogmom had the opportunity to see herself and her interests reflected in the games she loved. For her, the next step came naturally: find a way to send those good feelings back out into the larger world. 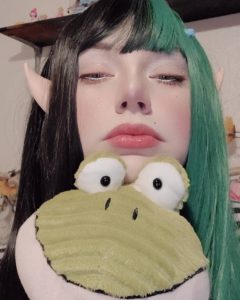 For multiple reasons, it was never in the cards for frogmom to become a pro fighting game player. “I’m an artist first and foremost,” she says. Her creative side was the genesis of fgcMangaEdits, and it led her to look at the community from a non-competitive perspective. “There is room for fun and love and laughs in fighting games and it was always something I wanted to bring to others…I noticed that, as time went by, more and more young people were entering the scene, and I wanted to be that voice who said, ‘Hey! this can actually be really fun! Let’s have a laugh!’ instead of the ‘We only want you here if you’re the best’ vibes I had to go through.”

Other fans might have been intimidated by the FGC’s do-or-die image, but not this one. From a young age, frogmom had a defiant sense of pride about her. At one point, her classmates tried to bully her into giving up her love of frogs. “In retaliation, I bought a pair of boys’ pajama pants that had frogs on them and I wore them to my first class in the seventh grade.” There was no way that she was going to give up on fighting games, which had inspired her art and given her a platform, just because a few of her fellow gamers couldn’t relax enough to enjoy the joke.

Far from giving up, in recent years she’s only pushed herself further as an artist. Taking inspiration from her favorite mangaka and fighting game artists, she’s been “collecting all my jokes and experiences into a material for a manga.” In doing so, she’s part of a rising generation of FGC storytellers, including Patrick “Pat the Flip” Miller, Irene “kohquette” Koh, and the author of this article. As a one-woman manga studio, frogmom has signed herself up for a staggering amount of work. But she’s driven by a powerful mission: to find “a beautiful way to truly give back to the community I love.” 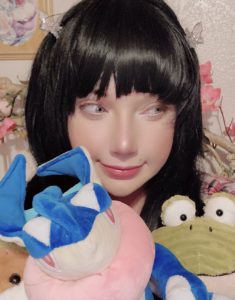 In addition to her creative side, there’s one other major reason why frogmom never tried to become a top player. “I’ve also always tried to be an advocate of ‘casual’ gaming because I am a disabled gamer. I am visually impaired and missing my peripheral vision.” Her visual impairment is relatively minor, all things considered, and it poses a more significant problem in tag fighters than it does in one-on-one titles. But small differences loom large in competitive settings. So instead of pursuing greatness for herself, she chose to devote her efforts to improving the community. “I try my best to use my voice so that newcomers, women, and other disabled people can see fighting games as an amazing and fun outlet for a great time.”

Her journey from button-masher to manga creator wasn’t easy. But, she says, “I’ve really put my heart into it.” Fighting games “influenced me artistically so much and gave me that push when I got older to continue to play and use them as inspiration.” In return, she’s putting everything she’s got into inspiring others, no matter how far they get into a bracket or how many ranking points they have online.

In between making memes and working on her manga, frogmom is counting down the days until she can play Oro in Street Fighter V and Faust in Guily Gear -Strive-. To keep up with her adventures (and those of her two frogs, Asuka and Rem), follow her main account on Twitter, @yoseikero. For a closer look at her art, check out @sweetkurimu, where she posts her sketches and finished works.

Eli Horowitz is a writer and software QA professional who lives in Pittsburgh. His first novel, Bodied, is set in the FGC and is for sale here. Follow him on Twitter @BODIEDnovel for his own take on fgcMangaEdits, as well as other fighting game jokes, memes, stats, highlights, and general positivity.