Unsung Heroes of the FGC: AuraMistress 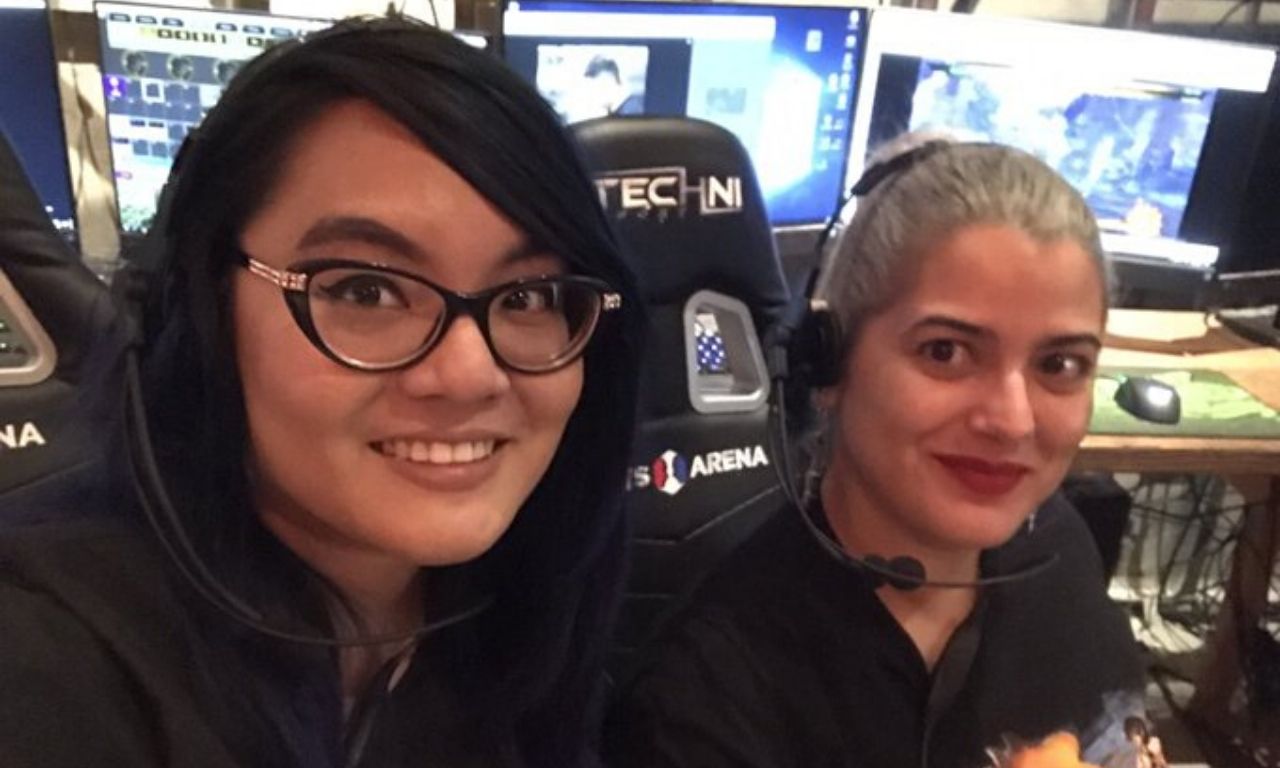 AuraMistress (right) is the super TO hailing from PR

Imagine that you’re starting up a new tournament and you’re looking for someone to help you out. You put out the call on social media, and after a few days you see this resume come through:

What would your first thought be?

Scratch that: your first thought would be, “Wow.” But what would your second thought be? Would you think, “Yep, that’s the one”? Would you think, “Yikes – I don’t know if I can afford all that”? Or would you have a moment of disbelief and doubt that any one person could have such a powerful history of supporting the Fighting Game Community?

If you fall into that last category, rest assured that this person is no myth. This is AuraMistress’s actual FGC resume. And if the arc of her past is any indication, she’s just getting started.

AuraMistress grew up in the US territory of Puerto Rico. There, she experienced the joys of the first generation of fighting games, playing Chun-Li in Street Fighter II: The World Warrior and Charlotte and Nakoruru in the original Samurai Shodown. She carried her love of fighters with her to the Mayagüez campus of the University of Puerto Rico, where, during a study break, two of her friends loosened up by playing Soulcalibur II. When she said that the game reminded her of Street Fighter, one of those friends asked her if she wanted to join in. Soon, lunchtime Soulcalibur became a tradition among her circle.

For many people, that’s where the story would have ended. But for AuraMistress, love combined with luck: the friend who introduced her to Soulcalibur was none other than Ricardo Roman “Mono” Ithier, who would soon go on to become one of Puerto Rico’s strongest competitors and the head of its biggest tournament. So when another friend brought over a Super Nintendo and AuraMistress started handing out beatdowns in Street Fighter II (both with her Chun and with her pocket Zangief), she and Ithier formed an even deeper bond. “He started showing me clips of pro players and events, character profiles, etc.,” AuraMistress says. “I was quite ignorant to a lot of this because before college I didn’t have friends who played fighting games.” Luckily for the entire FGC, once she was shown the light, she never looked back.

The Puerto Rico scene has a sparkling reputation in the FGC, and for good reason. Hospitality has been at the core of Ithier’s approach since the beginning, and AuraMistress has been right alongside him to make it happen. “Mono always asked people in the Puerto Rican FGC for help picking players up from the airport, showing them around the island, etc. for First Attack. Mind you, there was no Uber in PR at the time and our public transport isn’t the best. So I started volunteering by doing those tasks.” 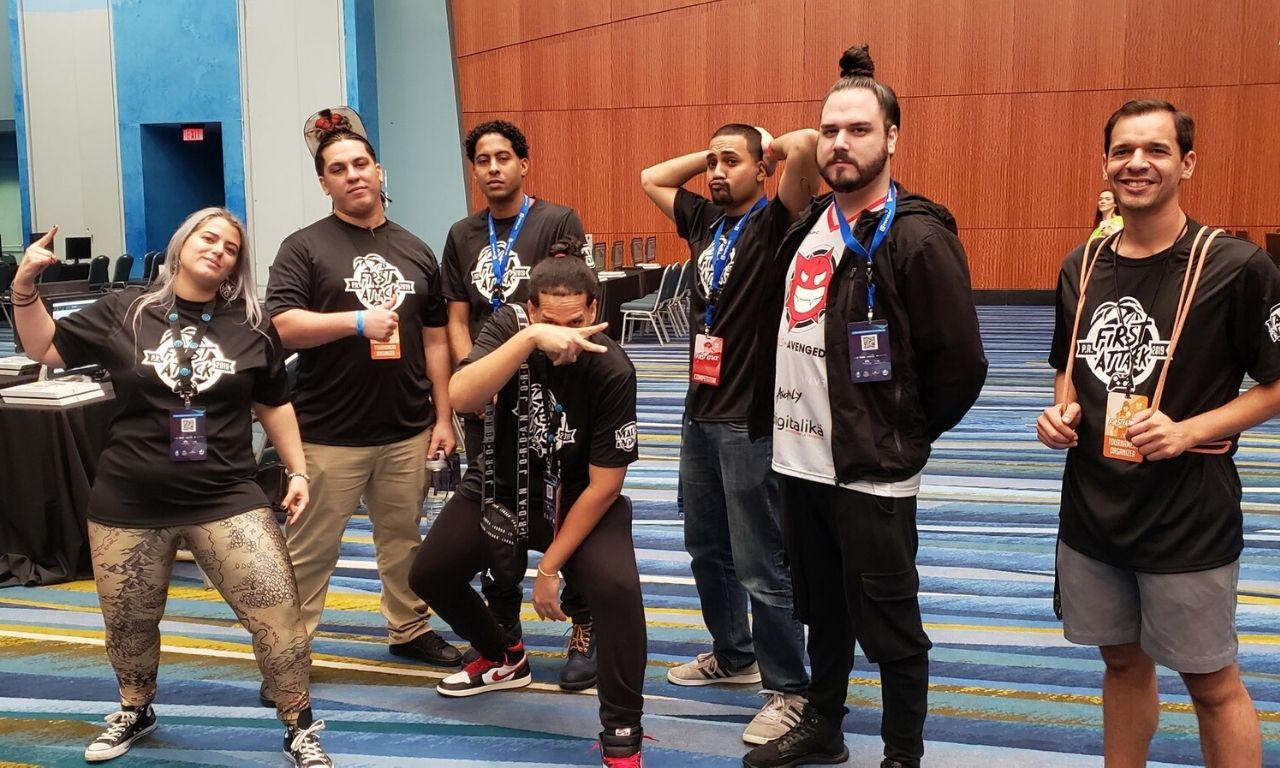 From there, “I started registering players, setting up consoles, then transitioned to bracket running, training bracket runners, logistics,” and more. AuraMistress does get paid for some of the work she does in the FGC, but she says that she’d do First Attack for free. “First Attack is my #1 labor of love. I work hard every year to see it grow, going as far as traveling once a year to PR just to help with the event, and I will continue to do so, pay or no pay. We work hard to put PR on the map, and as long as First Attack continues to grow and get better every year, that’s more than I could ever ask for.”

And yet, at the end of the day, AuraMistress doesn’t just ask for the things she wants. She works for them, and her work has a habit of paying off.

When it comes to her work ethic, AuraMistress is blunt. “Just because you’re a volunteer doesn’t mean you have the right to [slack off]. If you’re passionate about your community and really wanna make a difference, you gotta give it your all.”

And make no mistake: she does. “On Wednesdays alone, after I clock out from work at 5:30pm, all my time is dedicated to FGC stuff. From picking up some players while on my way to Esports Arena, to making sure community setups are brought in and running, seeding brackets, running brackets, taking pictures, social media posting/promoting, sending matches for the stream, it’s nonstop until at least 11:30pm-12:30am.” Combined with the FGC work that she does in between events, she puts in well over ten hours a week – and that’s before factoring in her work with First Attack, NorCal Fight Club, and other majors or special events. 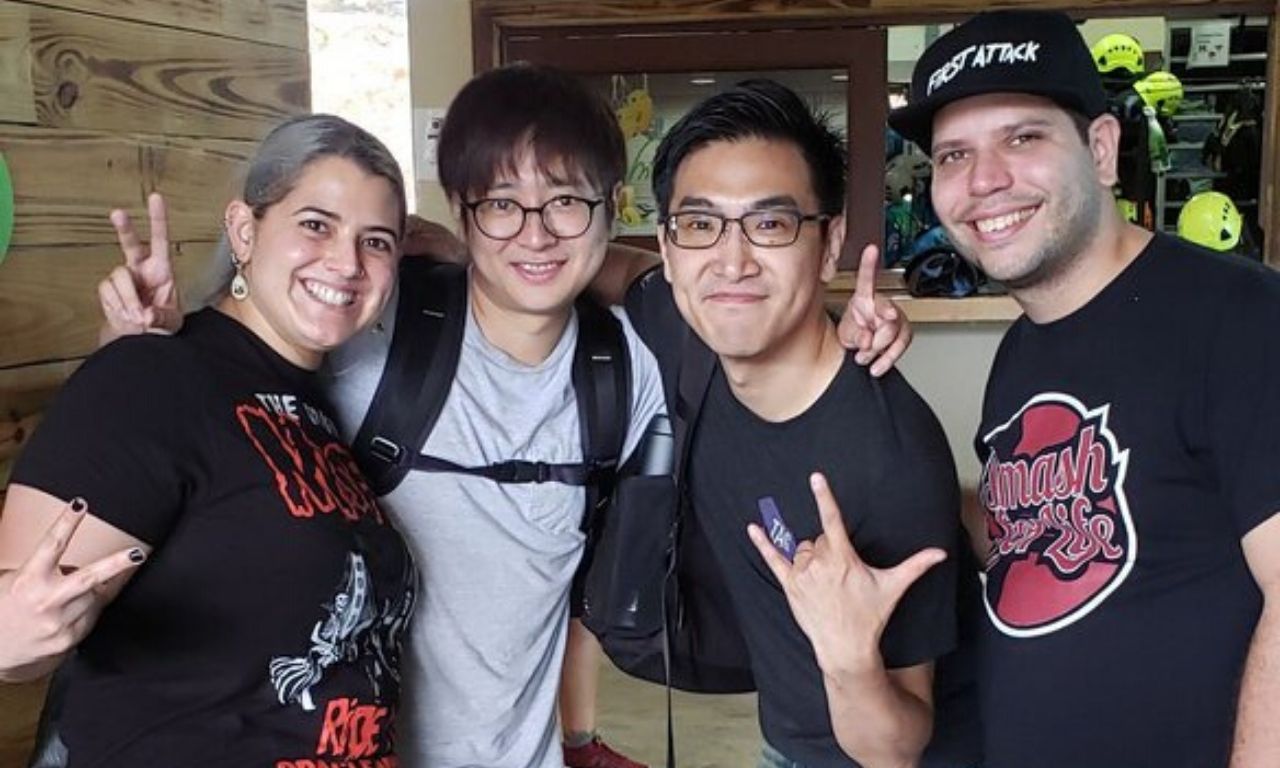 Like many other unsung heroes, AuraMistress is quick to credit those around her. “I’m lucky to have a great community and wonderful, seasoned TOs to whom I can turn to if I have any questions,” she says. But her own efforts and integrity shouldn’t be downplayed. By her own description, she runs on “sheer hyperactivity, and overachieving personality, and just an overall desire to do good things and improve on established ones.”

As for the rewards, money doesn’t even break into her top three. She’s more motivated by “the experience gained, the friendships made, and all the positive feedback from players.” And it just so happens that she has all three in spades.

For all that AuraMistress loves her home, Puerto Rico is in a hard situation. Although it belongs to the United States, the disappointing fact is that the island and its people exist in an in-between state that limits their opportunities. To give just one relevant statistic, the median household income there is roughly one-third of that in the country as a whole.

The economic realities in Puerto Rico are largely what inspired AuraMistress to move to the continent. This, too, could have been the end of her road. “It’s definitely not easy moving to a state you don’t know, where you have no family and only two friends who are scattered around,” she says. “It’s a fresh start, basically, and those take time.” But thanks to her love of fighting games and the work ethic connected to her love, she quickly learned how to thrive in her new home. “Having been introduced to the NorCal FGC has definitely made the transition from PR to CA a lot smoother. I don’t feel so alone in a place where language and culture are different when there’s a community in which people from all walks of life can bond over common interests so quickly.”

And just as the community has been good for AuraMistress, she’s been good for the community. Along with EmbersAndRoses and other local TOs, she’s helped to revitalize and broaden the NorCal FGC. She has reintroduced older Street Fighter titles to the tournament rotation and is even doing the same for Killer Instinct, a game that still has a passionate following in the community despite years of developer non-support.

All of this forms a growing circle, a virtuous and vibrant cycle. AuraMistress and other TOs experiment with new tournaments, make connections in the scene, grow a player base, and then use that player base to experiment more. That’s how she has grown into one of the FGC’s most reliable tournament staffers, and it’s why she’s been asked to spin up new events as far away as Sacramento. It’s also how she continues to help her home community even when she isn’t in Puerto Rico or directly working on First Attack: every time that a local FGC grows, the entire community grows. It’s a slow and arduous process, and it’s safe to say that many of us wish it could happen faster. But as the English philosopher Francis Bacon once said, “The good things which belong to prosperity are to be wished, but the good things that belong to adversity are to be admired.”

Currently, AuraMistress works as a clinical laboratory scientist, but she has her sights set on a very different role. “I definitely want my work within the community to translate into a career in the gaming industry. I’d prefer 100% to become a PM/Organizer in gaming rather than in healthcare. I’m well aware that there are limited positions and that it’s a highly competitive field, but I’m willing to learn as much as needed and put the work in to prove that I’ve got what it takes to succeed in this industry.”

To some, that may sound crazy. But look again at her resume. Look again at how much she’s accomplished and how much she’s changed in order to do so. Who’s to say that she can’t achieve this dream, too? Indeed, she says that “I treat it as a job, to be honest. If I’m not giving 100%, it’s not worth doing it. You either commit or just don’t bother.” In short, her outlook on life can be boiled down to eleven words: “if I could do it on a bigger scale, bring it!”

The future is still unwritten for AuraMistress, as it is for all of us. Yet if anybody has what it takes to write their own destiny, it’s her. Her appetite for the FGC is voracious, her attention to detail is unsparing, and she only gets stronger as she goes along. AuraMistress describes the FGC as “a ‘you gotta earn your stripes’ kind of place,” but she’s earning her stripes, her stars, her ribbons, and just about any other award you can name.

So if you see her in NorCal, ask her to run some sets in Street Fighter, Samurai Shodown, Soulcalibur, Skullgirls, Punch Planet, or Fantasy Strike. Better yet, ask her about traveling to Puerto Rico for First Attack. You’ll have a great time there – she’ll make absolutely sure of it.

Eli Horowitz (@BODIEDnovel) has never been to Puerto Rico, but it’s on his list. He lives in Pittsburgh, where he works in software and writes novels.