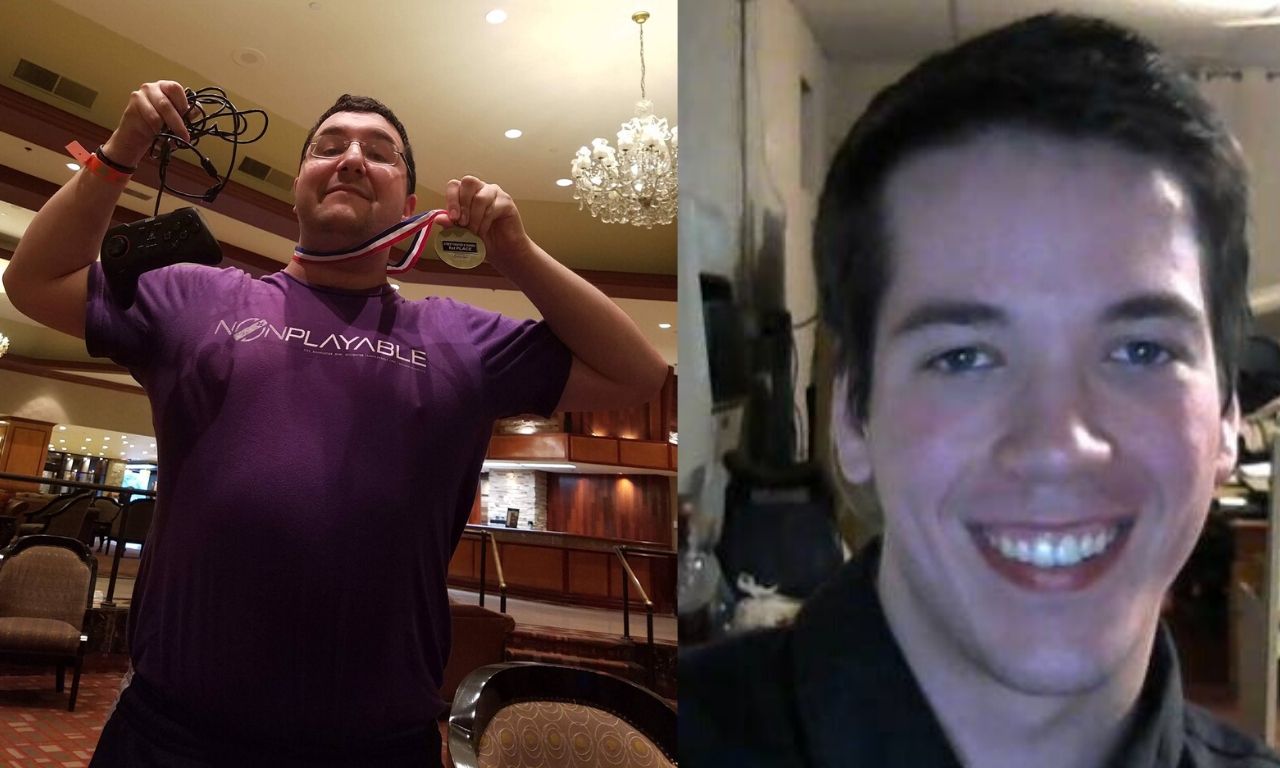 Every week on Project Runway, Heidi Klum reminds the competitors that, “in fashion, one day you’re in, and the next you’re out.” Those of us in the Fighting Game Community can feel that way, too. Consider the fans of Street Fighter X Tekken, the 2012 crossover between two of the FGC’s most storied franchises. SFxT appeared at the Evolution Championship series in ‘12 and ‘13, and it was also featured in the inaugural Capcom Cup. Before long, though, the game was overwhelmed by negative publicity. One day, SFxT was in. Seemingly the next, it was out.

Or was it? No matter how well-dressed we are, the FGC is not the fashion industry. If enough of us love a game and turn our love into action, that game is never really “out.” As proof, just look to Aaron “Psychoblue” Pinsky and Cameron “SaltLevelsMax” Campbell.

Pinsky and Campbell both have many homes within the FGC. Pinsky plays Street Fighter V, Marvel vs. Capcom Infinite, Dead or Alive 6, and Power Rangers: Battle for the Grid, and he’s got a sideline in Daemon Bride and NeoGeo Battle Coliseum. Campbell also plays Power Rangers, along with Koihime Enbu RyoRaiRai, Super Smash Bros. Ultimate, and Tekken 7. Their true love, however, is SFxT, in which Pinsky plays M. Bison (Dictator) and Heihachi and Campbell plays Lars, Rolento, Elena, and Blanka. More importantly, the two form the heartbeat of the still-vibrant SFxT scene.

Campbell  runs the Street Fighter X Tekken Discord, home of a community that’s 800 members strong. He’s also the planet’s most eminent evangelist for the game, spreading the good word of SFxT on Twitter, Reddit, Facebook, other FGC Discord servers, and in Twitch streams. Meanwhile, Pinsky owns Crossed Wires, the Twitch channel on which he streams SFxT (along with Marvel vs. Capcom Infinite, Dead or Alive 6, Power Rangers, and other games). Together, the two of them organize SFxT tournaments both on- and offline, publicize the game, and breathe life and creativity into the scene.

That last part is especially vital, because the plain fact of the matter is that SFxT won’t be getting its own Pro Tour any time soon. As a result, nobody is going to come to the game for a chance at riches or fame. Instead, Pinsky and Campbell have to offer something very different: the chance to bring something unique and irreplaceable to a beloved community. In addition to the SFxT Discord’s monthly tournaments, Pinsky and Campbell accomplish this by running events that are more unorthodox: “we had a custom color contest, an ‘unoptimized damage’ combo contest, and also a contest involving teams of two players.”

This is the FGC at its absolute finest. Because of Pinsky and Campbell, a group of players has come together to share their passion in as many ways as possible. Unlike other esports communities that are laser-focused on professional competition, every individual in the SFxT Discord can contribute, every meeting is a chance to make a friend, and every interaction is a chance to grow in honor.

It’s likely that this is no accident. For both men, SFxT is much more than a way to pass the time. For Pinsky, “what made me a lifetime fan was that it was my sole release during some really bad parts of my life. SFxT is what I use to center myself during trying times.” He credits the game for helping him both inside the community (he won SFxT at Evolution 2017 and at Summer Jam 12 a year later) and professionally.

“The lessons I have learned through Street Fighter X Tekken are lessons that I take with me even outside of the FGC,” he explains. “The urge to improve and learn has improved my physical and mental health,” lending him strength and resilience in the face of a job that included physical threats, abusive coworkers, and a riot. “I saw co-workers quit after just two days,” Pinsky says. “I told myself I wasn’t going to be like that.” SFxT is a big part of why he made it through.

From Campbell’s perspective, SFxT is all about friendship. He sees the game’s four-person mode, in which each player controls one character and plays only when that character has been tagged in, as both an individual and a communal good. For one thing, when players have partners, they always have someone to help them work through a tough loss. “Also, being able to team up with friends would be a good way to have people convince their friends to play it when they normally wouldn’t touch fighting games.”

Of course, the two of them also love SFxT for what it is. “SFxT is a game where you can play it pretty much any way you want and still win,” Pinsky says. As if to prove this beyond a shadow of a doubt, he wrote a 153-page dossier featuring detailed breakdowns of every single character in the game. Not to be outdone, Campbell says that, “when v2013 came out I was thoroughly convinced this was the greatest fighter of all time” because of the way it rewards footsies and defense.

For some, it’s hard to take Pinsky and Campbell seriously. “If you legitimately love the game, your love is accused of being false,” Pinsky says. This is what happens across all realms of human life: if your interests are “out,” then people will try their best to make you feel like you’re “out,” too. But if Pinsky’s and Campbell’s stories teach us anything, it’s that you don’t have to accept defeat or bad luck. After its rocky launch and an initial wave of bad publicity, it wouldn’t have been surprising if SFxT had been entirely forgotten. Instead, the game is still thriving, thanks in large part to the two men who’ve teamed up to form its beating heart.

Inevitably, the past is a part of Pinsky and Campbell’s lives. SFxT is coming up on its eighth birthday, which makes it practically ancient in the world of video gaming. Before long, both men will have a decade-long history with the game, including all manner of ups and downs: commentating on behalf of Capcom, watching their game fall from the limelight, winning championships, being treated as virtual pariahs, and, now, rehabilitating one of the truly underappreciated titles in the genre.

Moreover, SFxT hasn’t had any developer support in years, which makes it a derelict of sorts. For instance, the game’s online spectator mode is completely inoperable. How, then, can Pinsky stream the matches online? “Players go through their battle log to save all of the matches they played in,” he explains. “After that, they create a Replay Lobby and send me those matches directly. Then, the following week, I play all of those matches in one big stream.”

Yet despite these obstacles and despite the game’s advanced age, both men have their eyes set decisively on the future. Campbell believes that SFxT’s gameplay can serve as a model for future fighting game titles, and he’s still intent on growing the SFxT community by any means necessary. Pinsky’s “hope [is that] that one day they decide to port the game to modern consoles, update the PC version, or maybe even create a true sequel. For that to happen, Salt and I will continue creating content and promoting the game whenever and wherever we can!”

They have a surprising amount of momentum in this quest: the top 4 of their side tournament at Combo Breaker 2019 currently has over 316,000 views on YouTube. More importantly, they’re building a place that’s as innovative and fun as any you’ll find in the FGC. The SFxT Discord has a bot (built by a player named Parapets) that players can query to learn about basic combos that other community members have submitted. The community is welcoming, energetic, and entirely grassroots. Those who join it will find themselves in the presence of players who are stronger than the shifting winds of fashion, led by two unsung heroes whose tenacity does more than just blur the line between what’s “in” and “out.” Together, Pinsky and Campbell are erasing that line completely.

Eli Horowitz (@BODIEDnovel) is a writer and software professional living in Pittsburgh, PA. His first novel is about the FGC, and he watches tournaments for “dead” games at every opportunity.