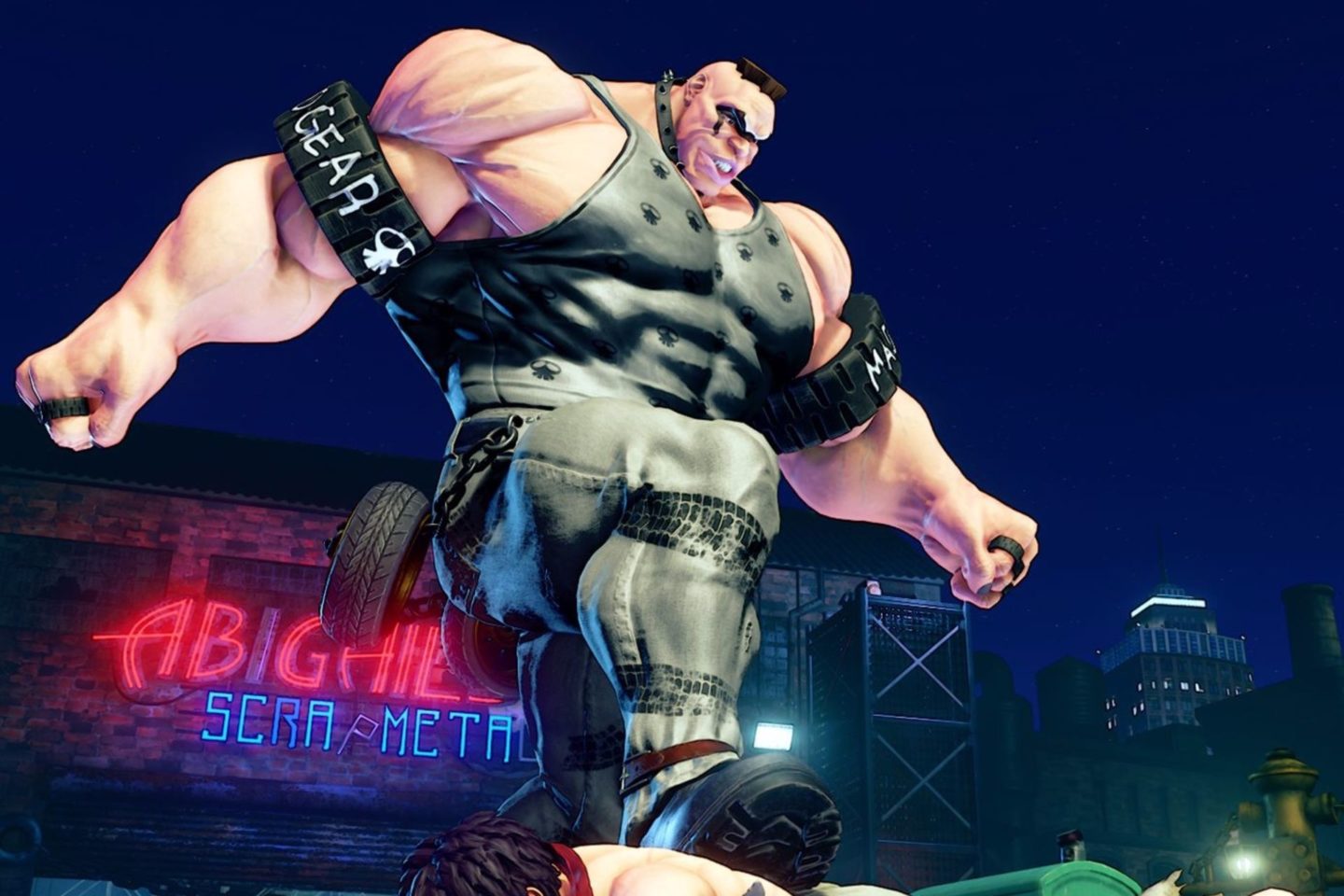 UltraDavid uses a bit of an unconventional method with using spreadsheets. He has 2 different tier lists that he maps out denoting them as his “regular” and “tournament” tier list. The regular tier list is a standard overall measure of strength on paper. The tournament tier list is one that sees which characters he thinks are likely to win tournaments. 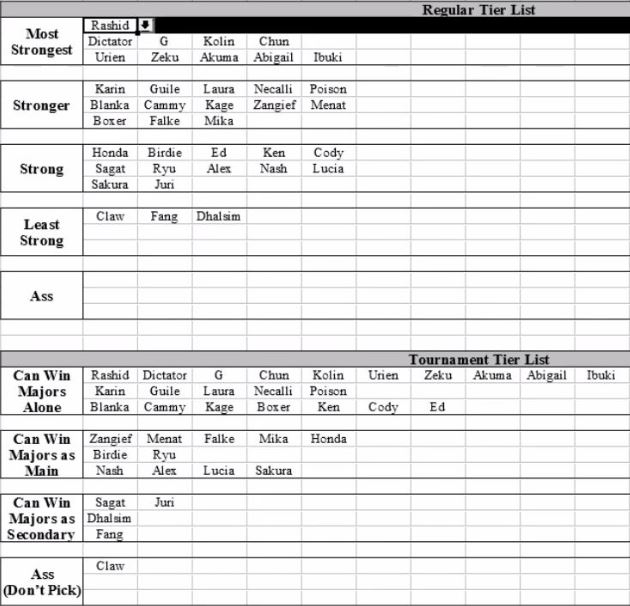 He puts Gill off to the side because it’s unclear what his strength is at this point of the game’s life. 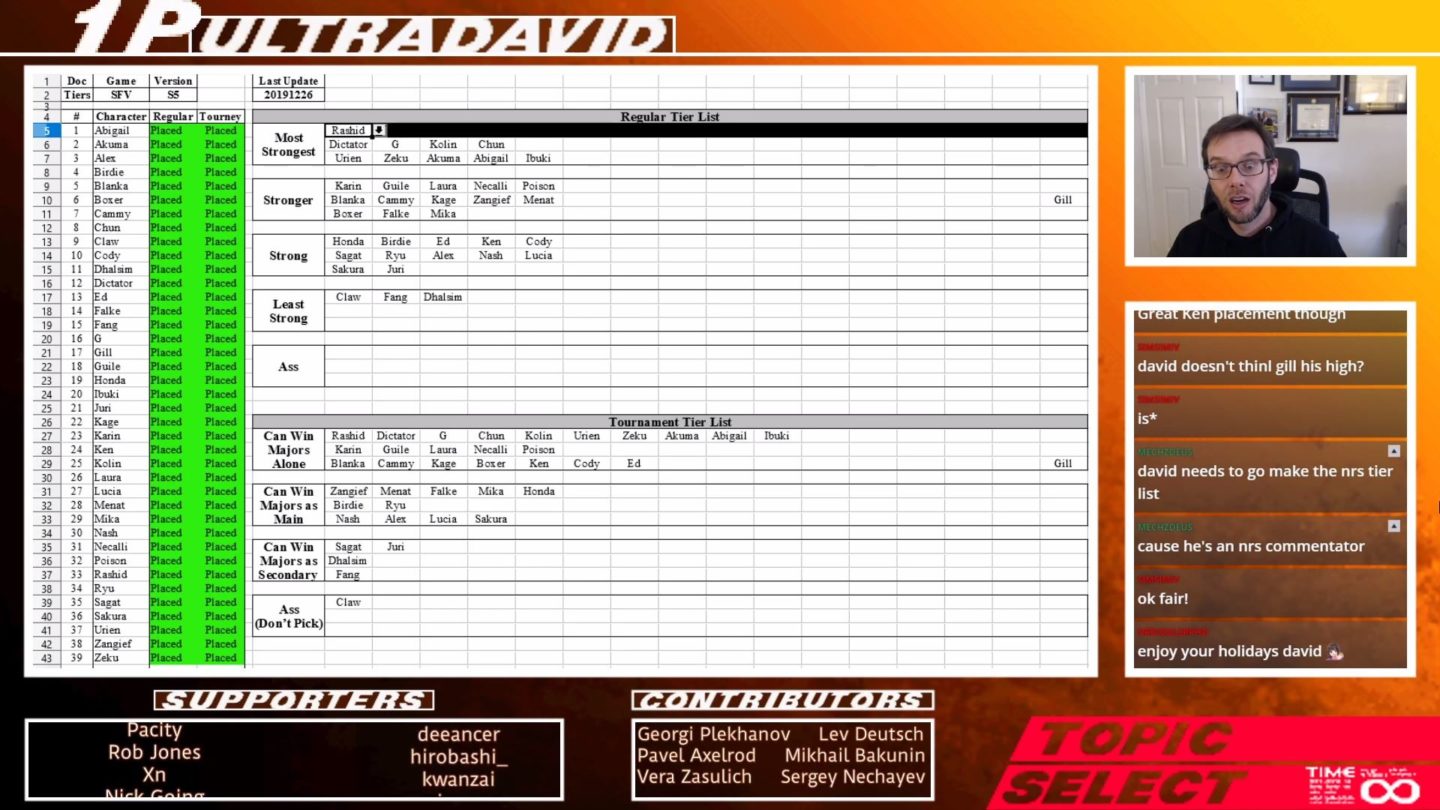 You can watch the full 4 hour stream with his explanations below:

Be sure to support Ultra David by subscribing to his YouTube channel here and Twitch channel here.