The Ultra-Thin MPress Fightstick is Up for Pre-order

Could this compact hitbox change the face of "travel" fightsticks?
By Robert Smith on August 29, 2020 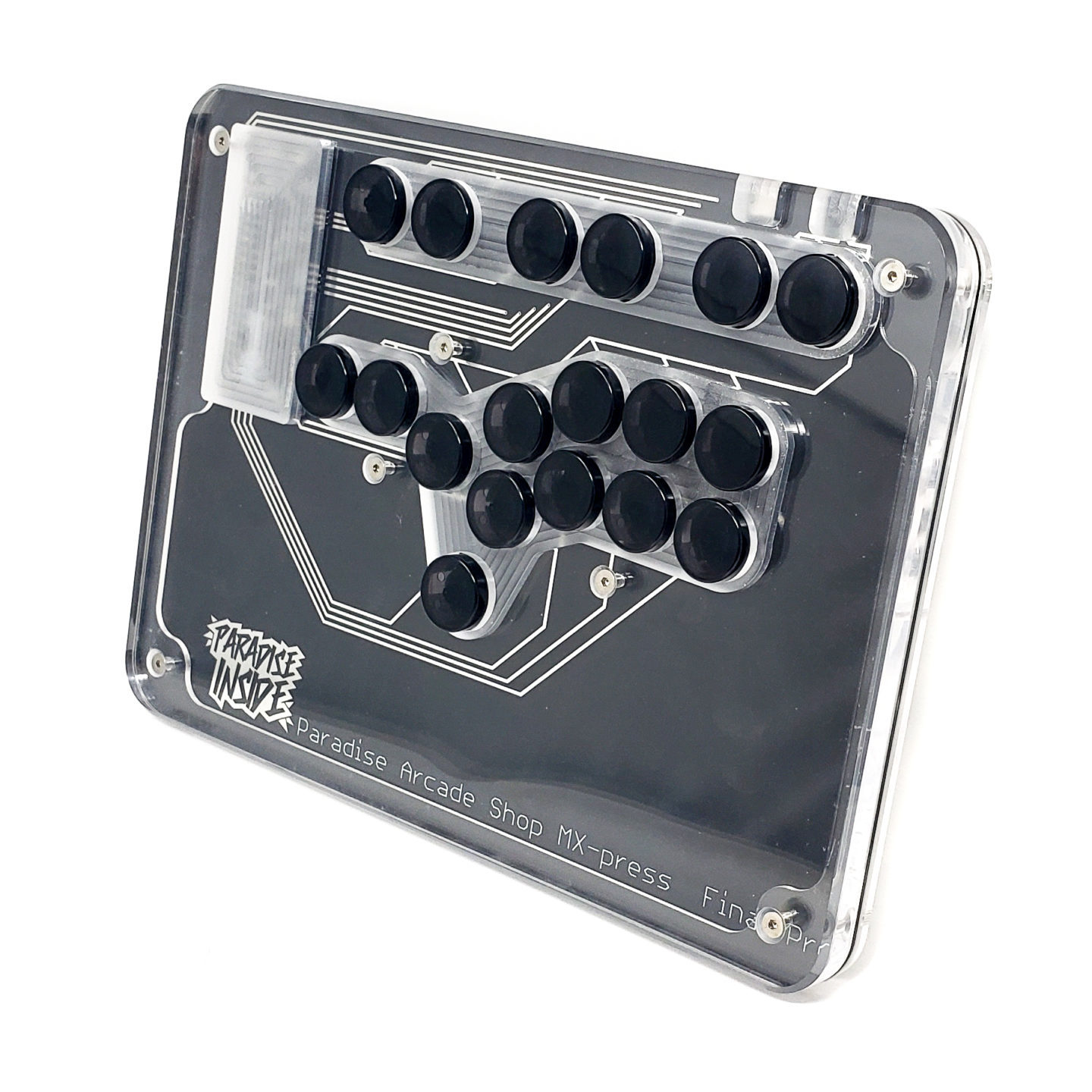 The Paradise MPress, an ultra-thin hitbox-style fightstick, is finally up for preorder and expected to ship by October 1. Developed by Paradise Arcade Shop, the MPress features mechanical buttons inside a thin acrylic case to blend precision with portability

The MPress’s case boasts a staggering 23mm thickness, and uses standard 30mm button plungers inside 24mm holes. The buttons themselves use Cherry’s OBS-MX mechanical switches in red, blue, green, and silent red varieties; Kailh switches are also available in red or blue. According to the preorder page, these buttons shorten the “throw” (distance before the button activates) to a very responsive 1.4mm. A Brook Universal Fighting Board powers the MPress, allowing it to connect to all current- and last-generation consoles, and PC.

The MPress features several customization options aside from switch type. Buyers can choose several colors of button plunger for both directional and action buttons. The main control board comes in black and white, allowing for color coordination since the entire case is clear. Paradise Arcade has confirmed through Twitter that the MPress supports art inserts as well, possibly even allowing for layered art between the different case panels.

According to Paradise Arcade’s Twitter, preorders may close soon due to high demand they’ve receive thus far. The MPress has been in development for quite some time, and it will be interesting to see what kind of impact it makes on the fightstick market. Custom stick builders JunkFood Customs are apparently designing a similar prototype, so a new wave of ultra-thin hitbox controllers could be on the horizon.