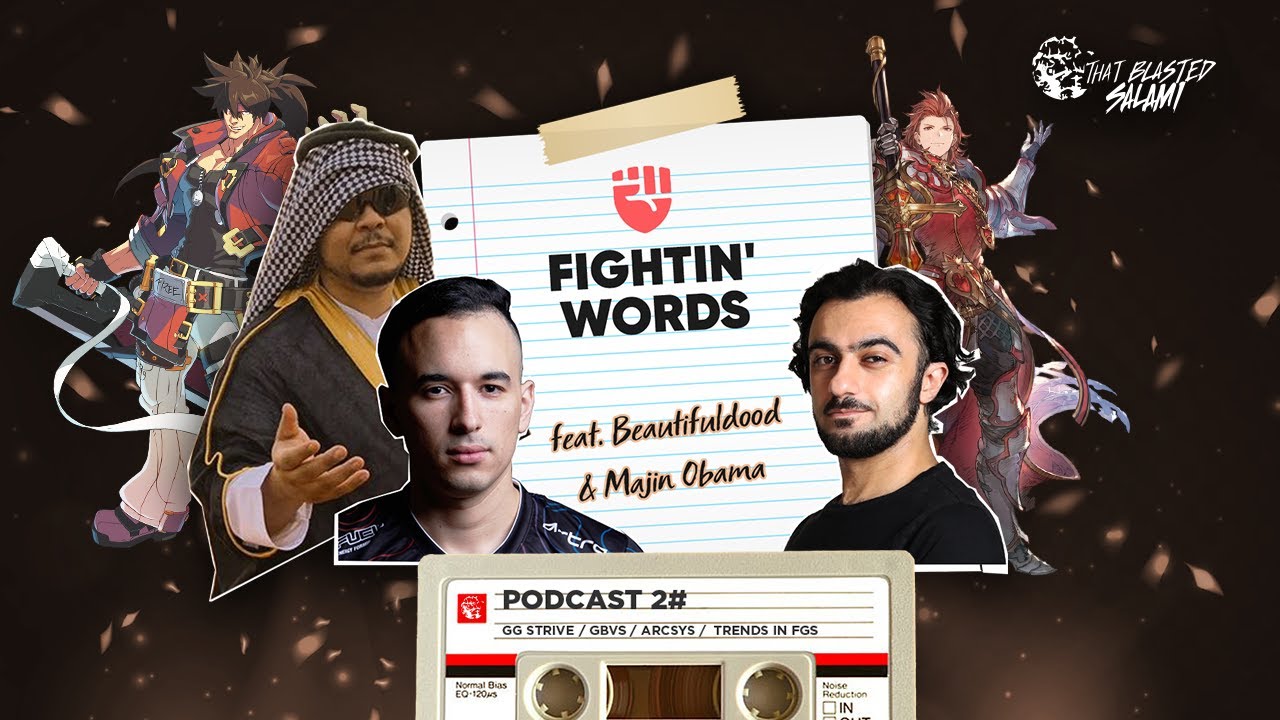 Arya Tayebi from the That Blasted Salami crew zooms it up with Anime Fighting Game Community staples, BeautifulDude and Majin Obama.

BeautifulDude and Majin Obama are staples of the Anime Fighting Game Community. Julian “BeautifulDude” is a player and commentator who is best known for his “JoJo’s” style flair. He consistently places top 8 in many tournaments and was a pick on the recent 10v10 “Arcsys vs Capcom” Granblue Fantasy Versus online exhibition.

Majin Obama is an ex-pat fighting game player and commentator who resides in Japan. He is best known for his work on his YouTube/Twitch channels dubbed the Anime Illuminati with Jiyuna. He also helps run the weekly tournament known as Fighting Tuesday at the Redbull Gaming Sphere in Nakano, Japan.

In this interview, you’ll learn of their thoughts on the Guilty Gear Strive beta, what they think really drives the sales of fighting games, and a ton more about Arc System Works and the future of their games.

Check out the full interview here below:

Be sure to support That Blasted Salami by subscribing to their YouTube channel here and their Patreon here.