What is situational awareness and how can it help in fighting games?
By gootecks on June 5, 2019 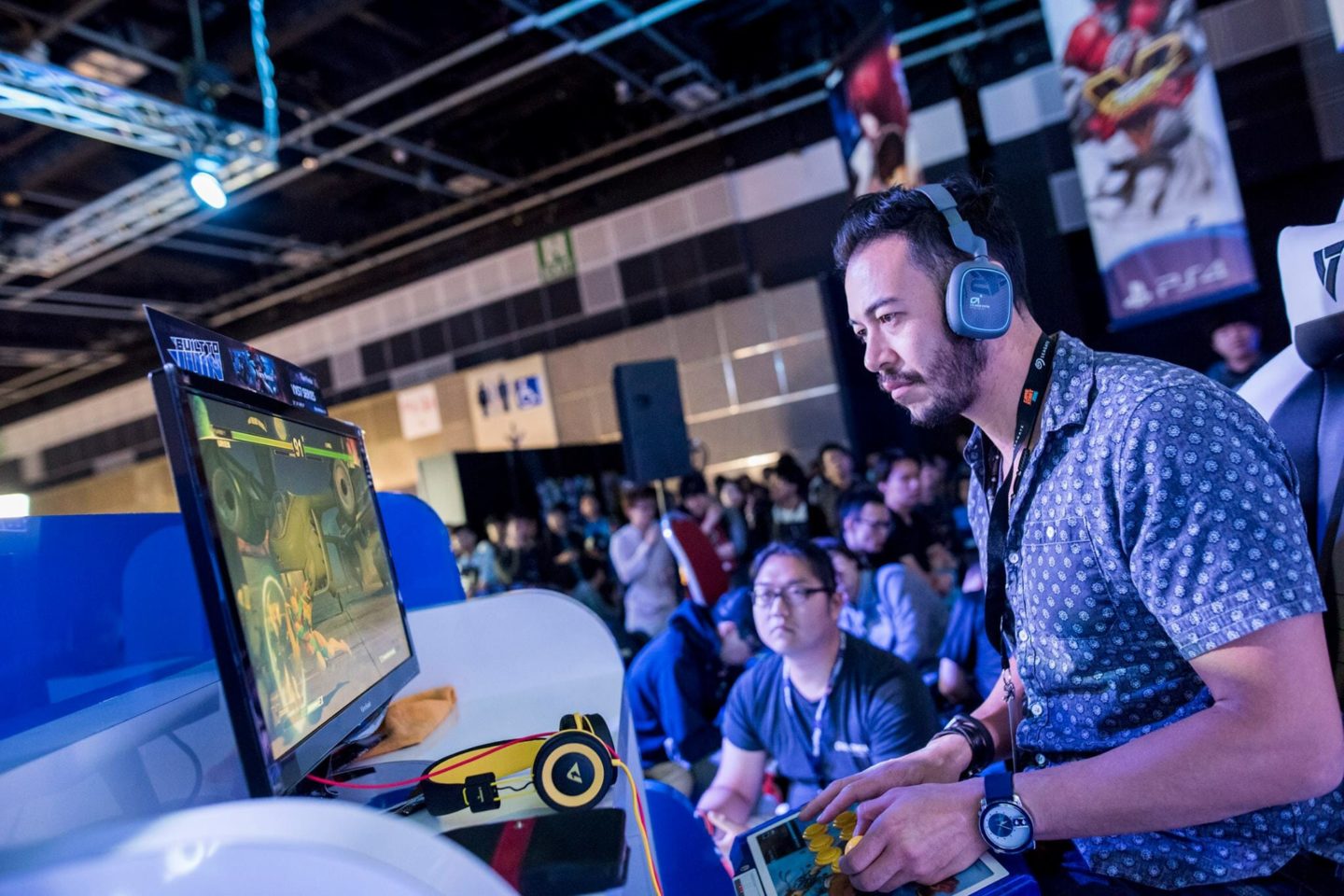 In fighting games, no two rounds are ever alike. There will always be new situations that you encounter in a match. Recognizing when these situations happen and what your options are or what potential responses could be are really important. If you don’t pay attention to the different elements of the situation, then you’re likely to drop your punishes, do un-optimal combos, forget to use your resources, or use an inappropriate amount of resources. All these are some of the consequences of not being situationally aware.

What is a Situation?

However, it’s not only defensive situations but all kinds of situations that players run into.

The thing I’ve noticed in inexperienced players is the lack of situational awareness. This means they are not looking at all the different elements that make up a situation to help them define and narrow down what is the optimal choice to make in that particular situation.

So, here are some things in which you need to be situationally aware.

This is the most obvious one, but it’s important because if your health goes to zero, then you lose the round. 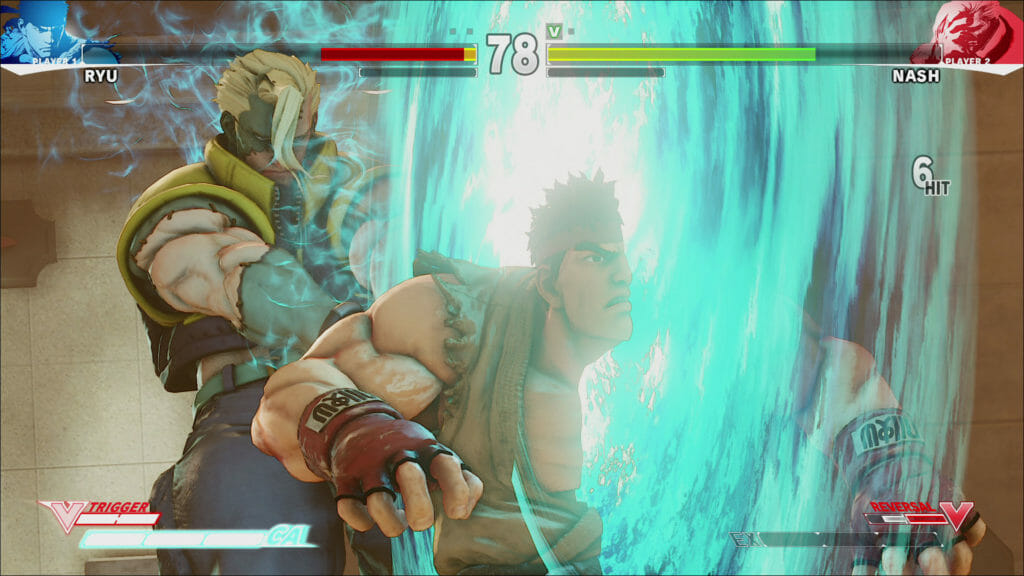 One of the easier things for newer players to overlook is the round timer. Many times you see people lose by timeout, they’re surprised that it happened. They think “wait a minute, I didn’t know that time was running out” because they were so focused on only one part of the screen and not everything else that is going on.

Each game is different because each has its own resources; The super meter, revenge meter, X-Factor meter, rage meter, ultra meter, and the list goes on.

Another thing that new players struggle with is learning to use their resources and when not to use their resources. If you don’t use these resources, you’re giving up chances to turn the tide in your favor or being able to do optimal combos. Learning how to use your resources well is one step in becoming a competent fighting game player.

There are some general rules of thumb when it comes to resources.

If you died with your comeback resource, you probably should have used some or all of it at some point during the match. You need to think about why didn’t use it, so that doesn’t happen anymore. Sometimes you’ll see players wait until the very end to do their comeback factor, but at that point it may be too late. They’ve done it at the point where they’re on their last bit of health because they weren’t paying attention to their resources.

You should never hesitate to use meter to close out a round. That is always 100% worth it. Obviously, there are exceptions, such as overkilling when a partial amount of meter would’ve clearly closed out the round.

Some people are not conscious of how being up one round or being down one round can affect someone’s game plan. Some people disregard the situation of which round it is, who’s winning, and what the score is.

Many times people put themselves in the corner, and get themselves killed if they do that against a strong player.

The most difficult element of situational awareness is considering what the opponent did last time they were in that same/similar situation. For example, last time you knocked them down, they wake-up uppercut and you got hit. Let’s say you knock them down again, and they wake-up uppercut again and you got hit again. Now, the third time in a row that if that happens again, then you deserve to get hit. Be situationally aware.

How To Be Situationally Aware

I like to make it a habit to be looking around. If there’s any sort of downtime in a match, such as a long super animation, I’ll make sure to look at both player’s health bars, how much time is left on the clock, what are the resources, and what’s the screen positioning. Then, you should be able to make a more well-informed decision on what is the optimal choice to make. Is this the time to press your advantage? Is this the time to sit back on your lead and play lame?

Obviously, you’re not going to be correct all the time. However, if you’re not considering all these options when making a decision, then you’re not really playing the whole game.

When you watch your replays (if you’re taking fighting games seriously, then you should be watching your replays), look at all the elements on the screen. Think about time as part of the situation. You’d be surprised how few actual seconds it takes to finish off somebody when they’re at 20% life. This is where some people get themselves in trouble. If there’s only 20 seconds on the clock, some players get nervous and think “I better finish this guy before time runs out.”

Here’s another, you could be up in health and there could be a lot of time left on the clock. Some people may want to go in because they want to just finish off the opponent quickly. However, the reality is that it can be more effective to sit back and let them come to you. This allows you to play safe, run the clock, and sit on your life lead to help ensure success. Obviously, anything can happen and it won’t guarantee you the win, but it increased your chances of closing out the round. This is especially true if you’re not playing someone like Daigo or Justin Wong. If you’re just playing an ordinary mortal, having the life lead, running the clock, and playing safe is a much better way of closing out the round because it doesn’t require any risk.

I think that’s the real takeaway when it comes to situational awareness. When you develop your situational awareness skills, then you can take into account all the elements of the situation which will allow you to truly make an informed decision on risk/reward. In the long run, just like in poker, gambling, or fighting games, you’re not going to guess right all the time (Even a broken clock is right twice a day). You can’t beat yourself up if the choice you made was not the right one, as long as the choice was optimal for the situation. If you made a decision because of x y z and your opponent does something completely unexpected like a wake-up super, you may blame yourself. But, maybe it was a good decision in the end. It wasn’t the correct decision but it’s just that the opponent did a Hail Mary and it worked. Sometimes it happens, but that’s why we have to keep making the optimal choice for every situation. Without being fully aware of the situation, we’re not making an accurate assessment, thus playing riskier than we intend to or need to.

That’s basically how to be more situationally aware. You’re not going to be able to instantly recognize all these things, but that’s okay. You just need to be able to be aware enough to recognize that these are the things you need to look out for. Over time, the more you focus on noticing these things, the less effort it’ll take, and you’ll be able to observe more at once because you’ll get better over time. You’ll get better with more experience and as you learn the ins and outs of the game.