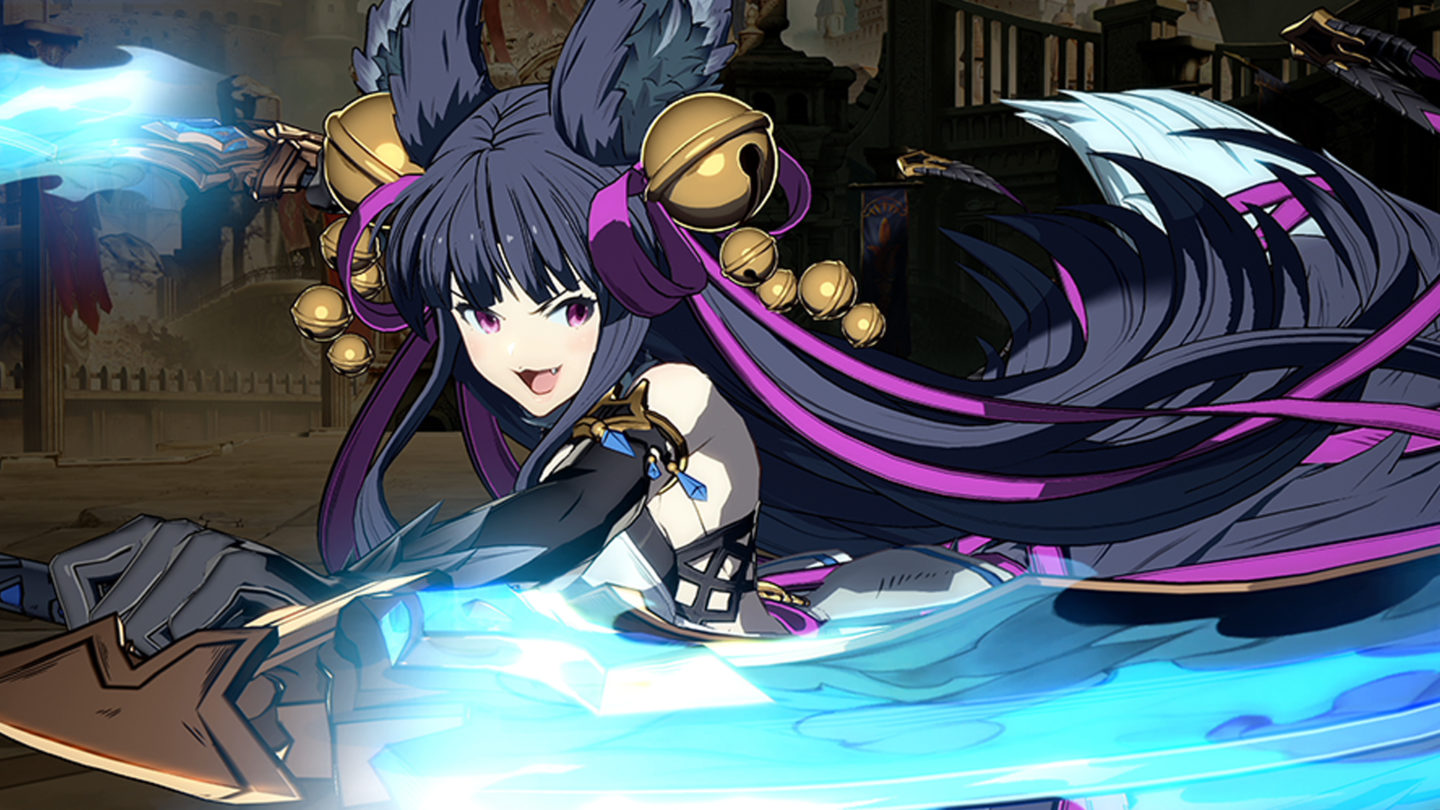 Yuel has joined the Granblue Fantasy Versus roster today!

Yuel’s lore is as follows (from the GBF Wiki):

Manipulator of foxflame, Yuel searches for the remnants of a thousand years of history. As the inheritor of an ancient ancestral power, Yuel is determined to restore her family’s royal lineage. Though it is questionable whether an heir still exists, she continues to travel the Skydom and experience much on her travels. Full of curiosity about the world, Yuel often finds herself off-track, but she views such moments as only minor setbacks.

The dual wielding cat girl seems to rely on her speed and tricks to open up the opponent. Her kit seems to be centered around a command back flip that has some invulnerability. It has follow ups that can tag someone trying to retaliate from where they were standing or someone trying to chase her down. Along with this, she also has a great corner carry combo ender and a dragon punch to boot.

Along with the Yuel launch, Uno was also teased in the trailer showing some of his gameplay as well. Uno seems to have a parry mechanic that will let him attack shortly after landing it. He also has a long spear attack that nullifies projectiles.

The trailer for the next character will be coming on January 2021.

Check out the launch trailer for Yuel here below: