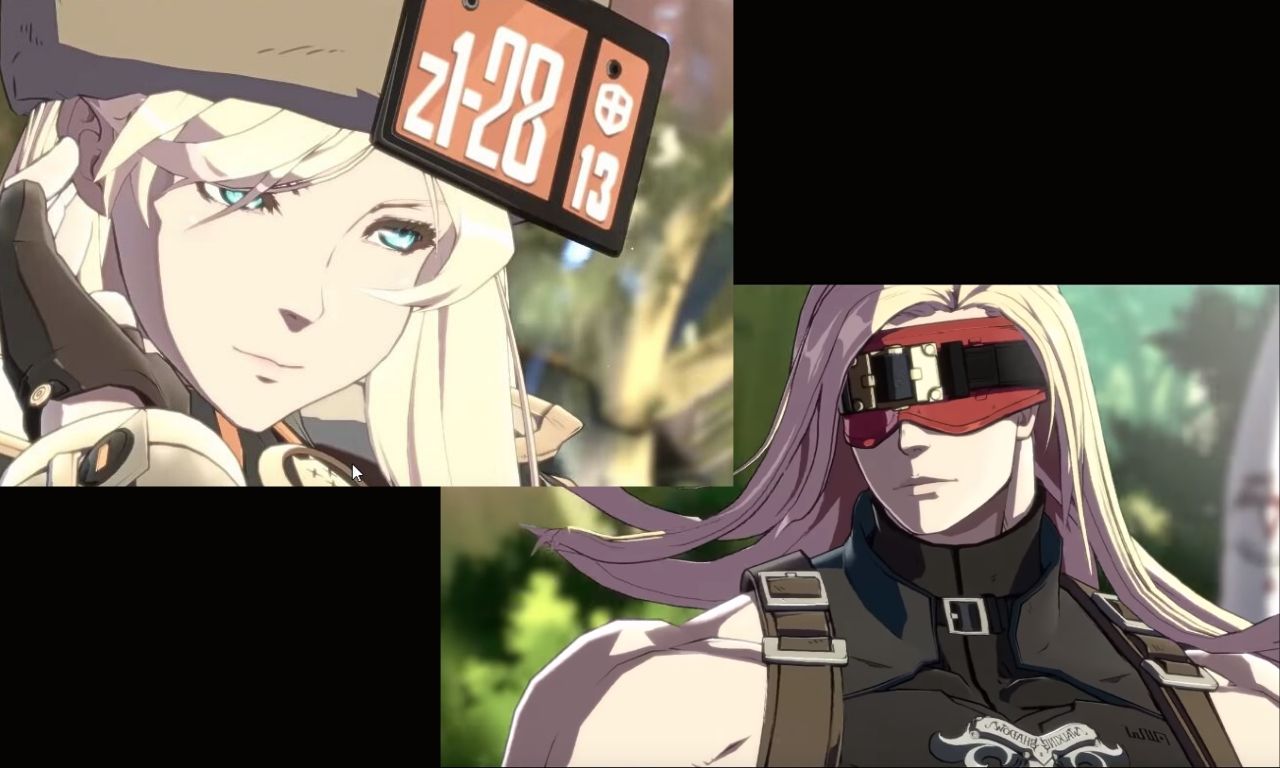 Millia Rage is the femme fatale of the organization known as the Assassin’s Guild. Her hair was fused with the Sixth Forbidden Beast giving her the power to control it as a weapon. Millia’s character design seems to be closely based on her outfit from Guilty Gear Xrd. She still dons the numbered Russian style ushanka but has a matching winter coat. The trailer really captures her speed and mixup potential but shows how her Tandem Top disc now shoots out in front of her.

Zato-1 is the shadow puppeteer that also belongs to the Assassin’s Guild. He became the host to the Forbidden Beast named Eddie which allows him to fight with his shadow. Zato-1’s design has him don a full body suit with lots more belts. Eddie’s design has gone through a major overhaul and has the look of a playful yet dangerous shadow creature. Zato-1 shows that he still has some of his signature moves like the Drunkard Shade reflect and command grab. But the trailer shows that Eddie has some armored moves and a multi drill attack.

The addition of these 2 characters rounds out most of the cast for the original Guilty Gear (minus Kliff Undersn). Arcsys seems to be hitting all the right notes with the amazing graphics, bringing back the mainstay characters, and the inclusion of roll back netcode.

Check out the full reveal trailer below: