AKA the Addition Decision
By swell on October 30, 2021

Future DLC plans include four new characters each with their own stage, story, and music. While this writer is a bit gun-shy about new characters and balance tweaks so quickly, new music means more fire from Melty’s composer, Raito, and that is always a huge plus.

The first release is scheduled for Winter 2021 and subsequent releases will take place up through Spring of 2022. 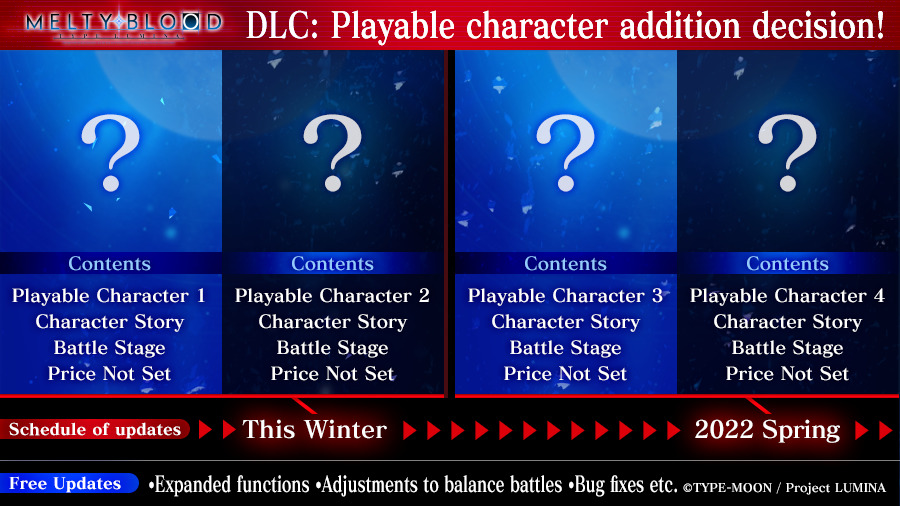 The patch notes are primarily bug fixes but there are a few notable items:

– Round start skip causing intense rollback/netplay troubles should be corrected.
– Saber getting some noticeable buffs. 2B becoming a low and the changes to her air normals sound substantial.
– Warc and Ciel got adjustments to a few of their moves, the teleport and Moon Skill daggers respectively.
– Maids unblockable loop removed.
– Roa soft-lock removed.
– My personal highlight: Noel’s voice SFX has been lowered and reduced in frequency.

The full patch notes can be found linked on the official Twitter here and the DLC schedule here.