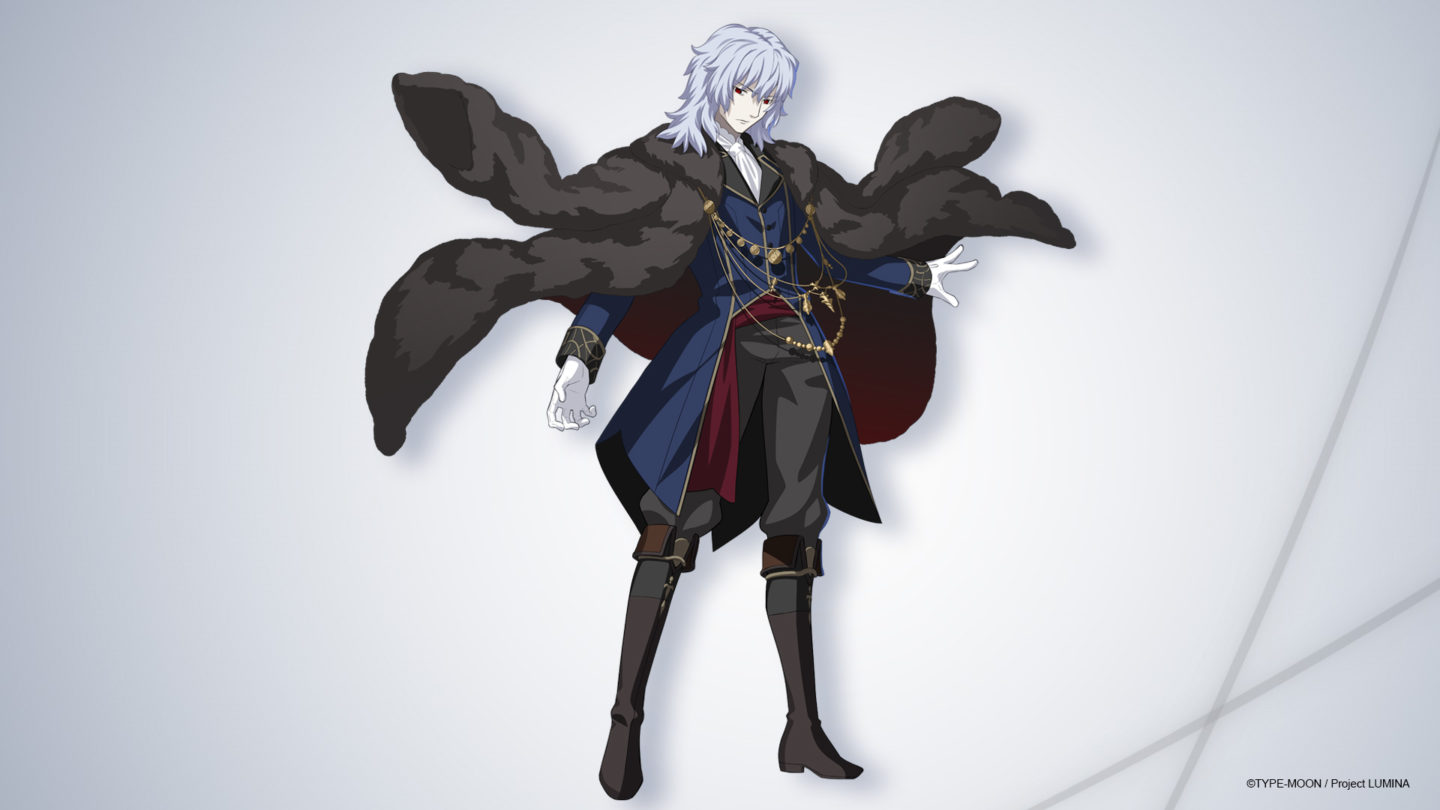 Melty Blood Type Lumina has had a new trailer drop for a character featured in the Tsukihime remake. Our second new cast member, the icy-hot and blade swinging Vlov Arkhangel!

Lore wise, Vlov Arkhangel is a member of the Dead Apostles, a sort of vampire order organization that is the main target of the group Ciel and Noel work for, The Burial Agency. He feeds on blood for heat which gives him his fire manipulation but uses ice when he’s on the back foot. In his gameplay, you can see that manifesting with his animations. He also has a sick sword though it looks like he’s swinging it to act at a long distance in an attempt to zone rather than to rush down.

The fire to ice change certainly has gameplay implications, with faster frame data and different animations, however, he looks to remain roughly the same style of character rather than a drastic shift. After losing a round, his fire projectiles become ice-based and speed up both in travel time and startup. You can see it a bit in the video but there is a more detailed translation from GREATFERNMAN.

Not just relying on his fire and ice, the sword also gives him extended normals. It is additionally used in a special move: a strike move followed up with another strike or a command grab. The earlier mentioned translation also mentions that his buttons “generally hit high up, allowing him to stop airdash approaches easily.” As someone who plays a lot of zoners, this is a highly valued asset.

Our second newcomer to MBTL brings a different flavor of gameplay as well as aesthetics. With new match footage almost daily and one more character on the radar, it’s an exciting time to be a Melty fan!

The original Famitsu article where some of this info was sourced can be found here. The translation work is via GREATFERNMAN’s Twitter.