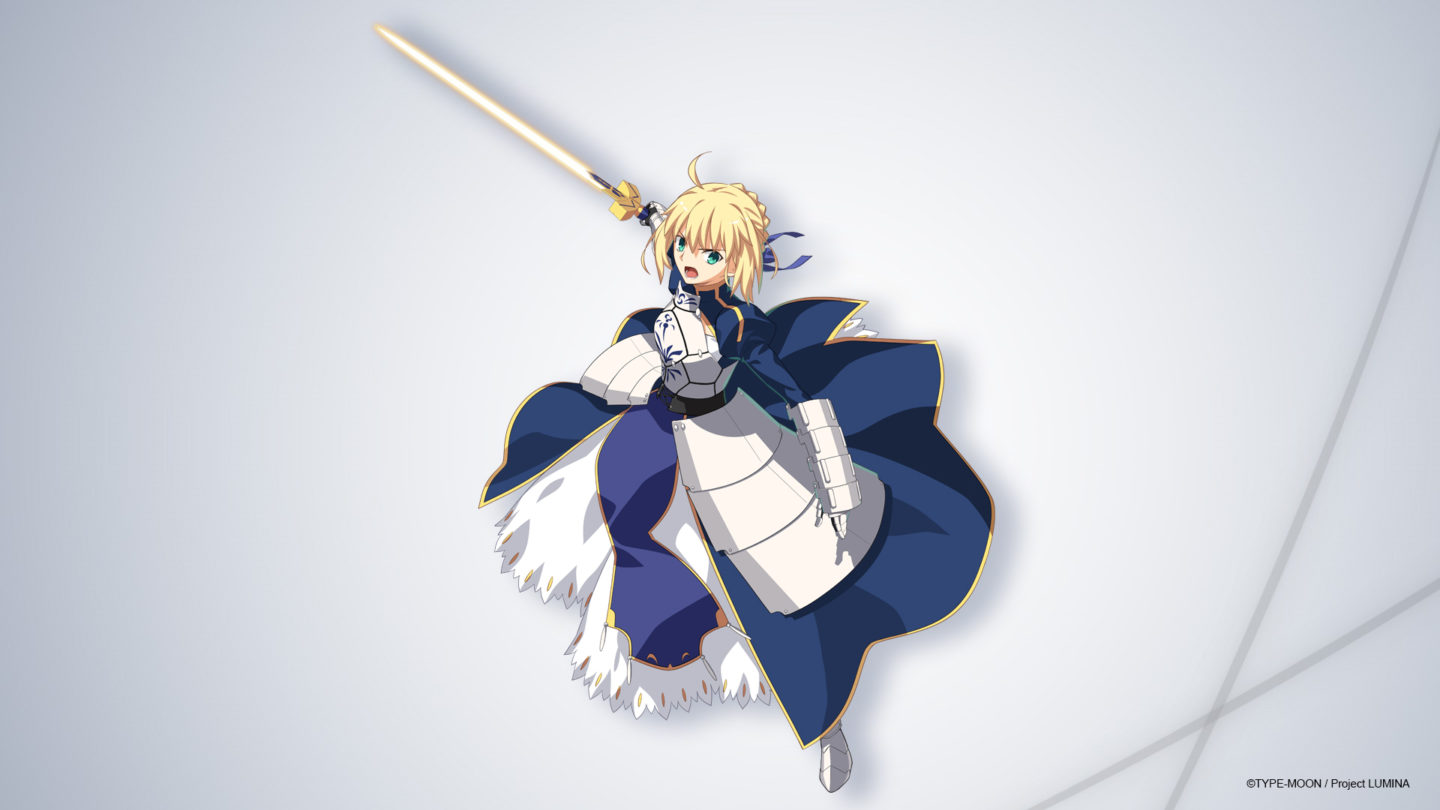 We thought character reveals were over but there is one more. Only hours away from release French Bread dropped one more trailer, guest character Saber from the popular Fate series!

She Doesn’t Even Go Here!!

Saber is from the Fate/stay night, another Type-Moon property, though many may know her from the gacha mobile Fate/Grand Order. We actually had a hint of this with one of Kohaku’s animations, which has the FGO currency in it. Her full name is Artoria Pendragon, a stand-in/homage for King Arthur. She somehow finds her way to Souya with the rest of the Type Lumina cast and wields the sword of legend, Excalibur.

Her sword is invisible save for the wind curls around it and the occasional energy/particle effect on certain attacks. At a glance, she either has multi-hitting normals or some form of special that allows for follow-ups. During Heat it looks like her sword actually takes on proper shape, perhaps making invisible sword normals a bit less frustrating to deal with.

Her combat also looks to have a backsway or command roll of some sort. She uses this to go forwards and backward. Saber players may indeed be schmooving.

Hours way from release and we have yet another character to get the hype train rolling. FGO has quite the install base so the potential for a surge of new players is pretty exciting. The more people playing, the more people we all have to fight.