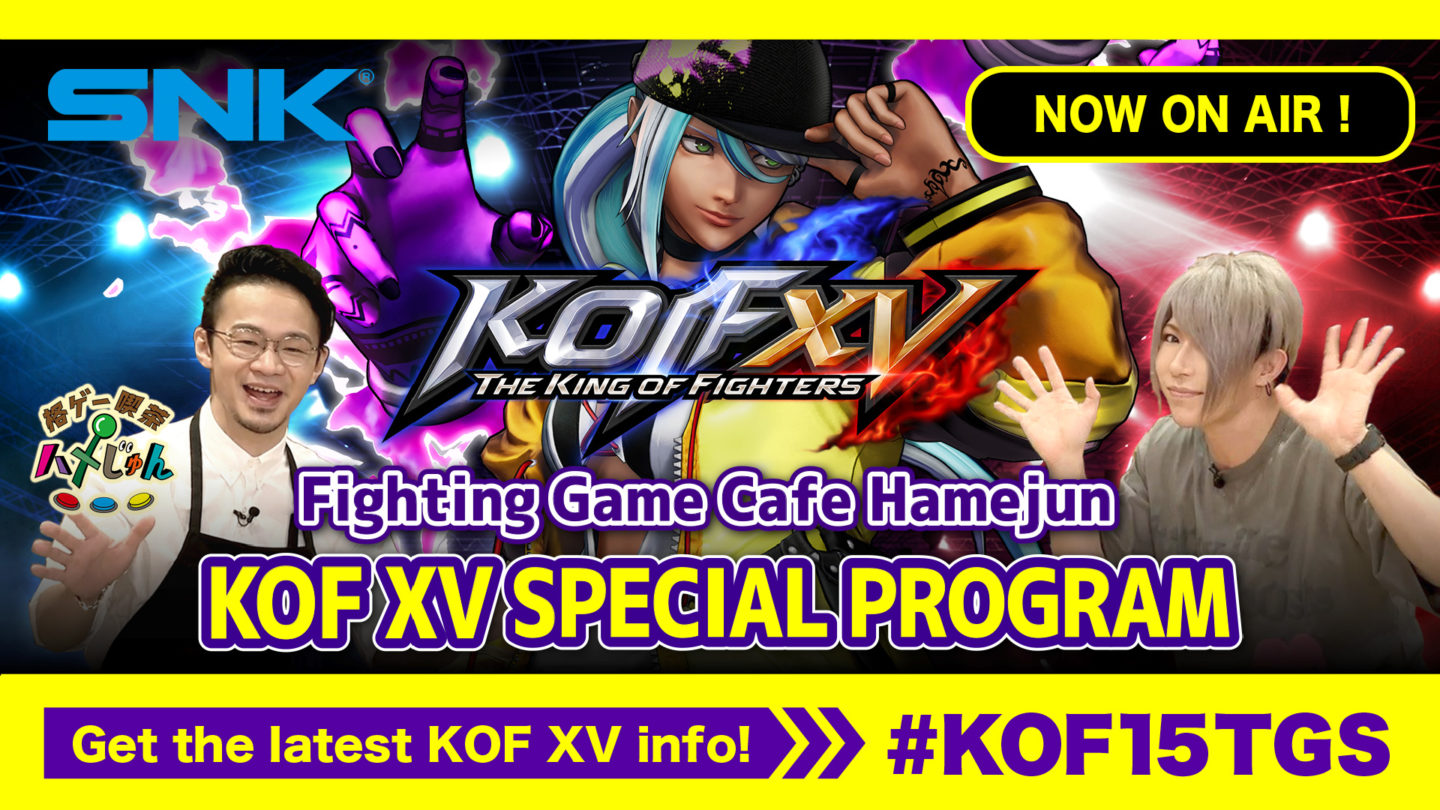 Tokyo Games Show began Wednesday night, and with it is sure to come tons of news about games of all sorts. To kick things off for fighting game fans, SNK released a special presentation for King of Fighters XV with the hosts of Fighting Game Café Hamejun right at the start of the show. Showing off features including details on gameplay, the roster, and even older titles, SNK deliberately aimed to show what KOF XV will feel like for players, even if the current playable demo is only available for a limited number of invitees right now.

SNK devs kicked off the show by revealing a trailer for one of the mysterious newcomers shown off in previous trailers: Isla. The paint-spraying fighter looks to wield the same magic hand powers as Shun’ei in a slightly different way than the protagonist. The hands are integrated into many of Isla’s normal attack animations, and it looks like she may have opportunities for tricky setups using her magic hands while she attacks. Developers described her as a tricky character and the focus of the KOF XV story, along with Shun’ei. While her partner was not shown off just yet, devs made a point to mention that more character reveals are still coming, even with larger info drops recently occurring.

In addition to a new character, SNK also made a point to describe their gameplay goals for KOF XV and how that manifests in the new game system. A key point made throughout the presentation was that SNK wanted to directly address the commonly used strategy in KOF XIV to fish with crouching low confirms into an immediate Max Mode activation. To this point, they mentioned making many changes to gameplay specifically to deal with this issue. Firstly, Quick Max now no longer causes auto-run and instead causes a brief pause, which many players have noted as a welcome change already. Other changes involve both Max Mode activation forms now costing two bars instead of one and changes to the properties and behaviors of EX and special moves; in return, standard Max Mode activation now causes you to deal more damage instead of affecting the timer.

SNK also mentioned a bit more detail on Shatter Strike, namely that it grants guard point throughout the startup and that its startup frames are universal. The team said it is generally punishable, but that reach and frame data would vary per character. In addition, it was noted that Shatter Strike is intended to both be used as an offensive callout on defenders responding with buttons and a defensive tool; how Shatter Strike’s use as an offensive option will pan out obviously has yet to be seen.

After describing system changes, SNK then elaborated a bit more on Draft Mode and Dj Station. For Draft mode, SNK confirmed that the pick order is a snake-style system, with Player 1 receiving the first pick and player 2 receiving the first securement of two characters in response with a 1-2-2-1 pick order. They also noted that previously chosen characters would be ineligible for selection later, adding another layer of draft strategy to the mix, which is more commonly found in MOBAs, where pick systems like this are more studied and refined. SNK also discussed the jukebox mode DJ Station, noting that players could choose songs to play in-game and not just in the mode’s menu.

A Surprise for Legacy Players

One final stinger of news was a long-awaited announcement for fans of KOF 98 UMFE. SNK finally announced that a major update would be coming for the game in December, and with it will come an overhaul of its online play to implement rollback netcode. The team mentioned that the release is aimed for December but hinted at a beta coming soon. With so much of the news focused on KOF XV it was definitely a surprise to see an update for 98 UMFE in this presentation, but it is undoubtedly a welcome one for fans of the original title.