How to Use Scenario Training to Improve at Fighting Games 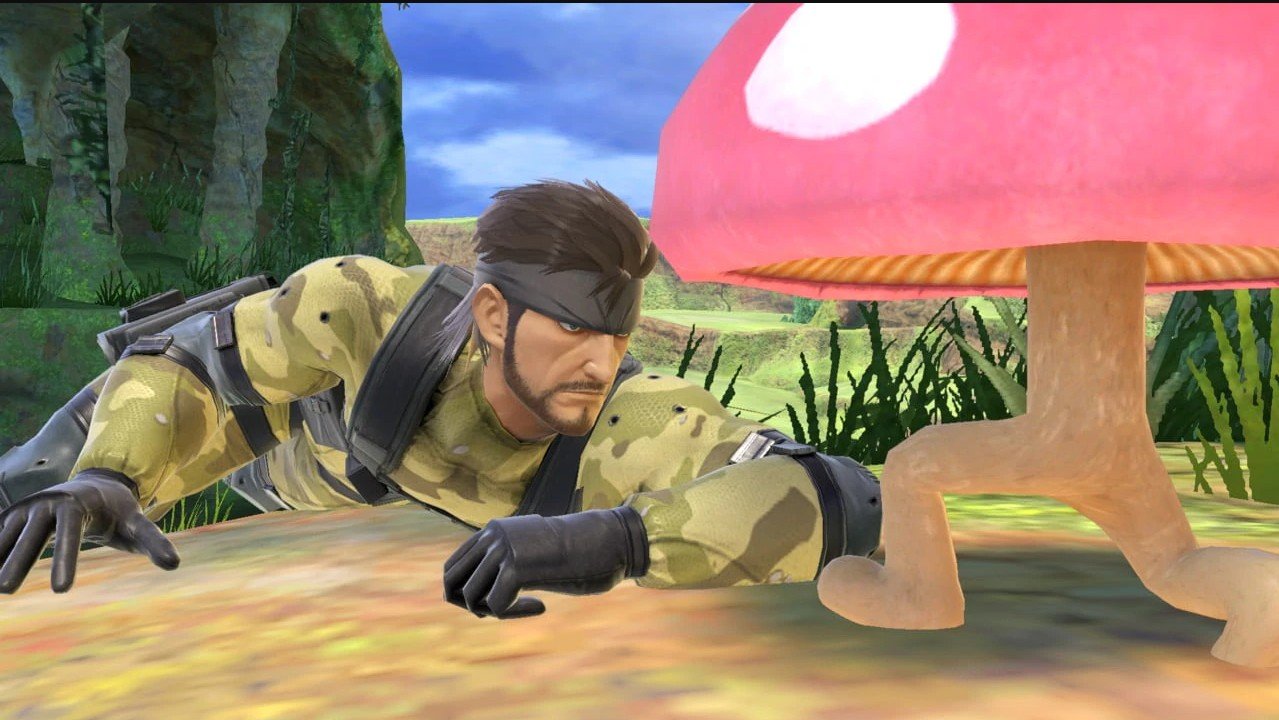 Driving a car for the first time is one of the most exhilarating experiences. The freedom and autonomy you get from being able to drive anywhere you want is an amazing feeling. But with this freedom comes a lot of responsibility and danger. This isn’t something you think about right away, but when you start to think of all the ways something can go wrong, it can overwhelm you. If you can prepare for these situations, then you’ll greatly increase the chance of survival. This is where scenario training comes into play.

Why Scenario Training is Important 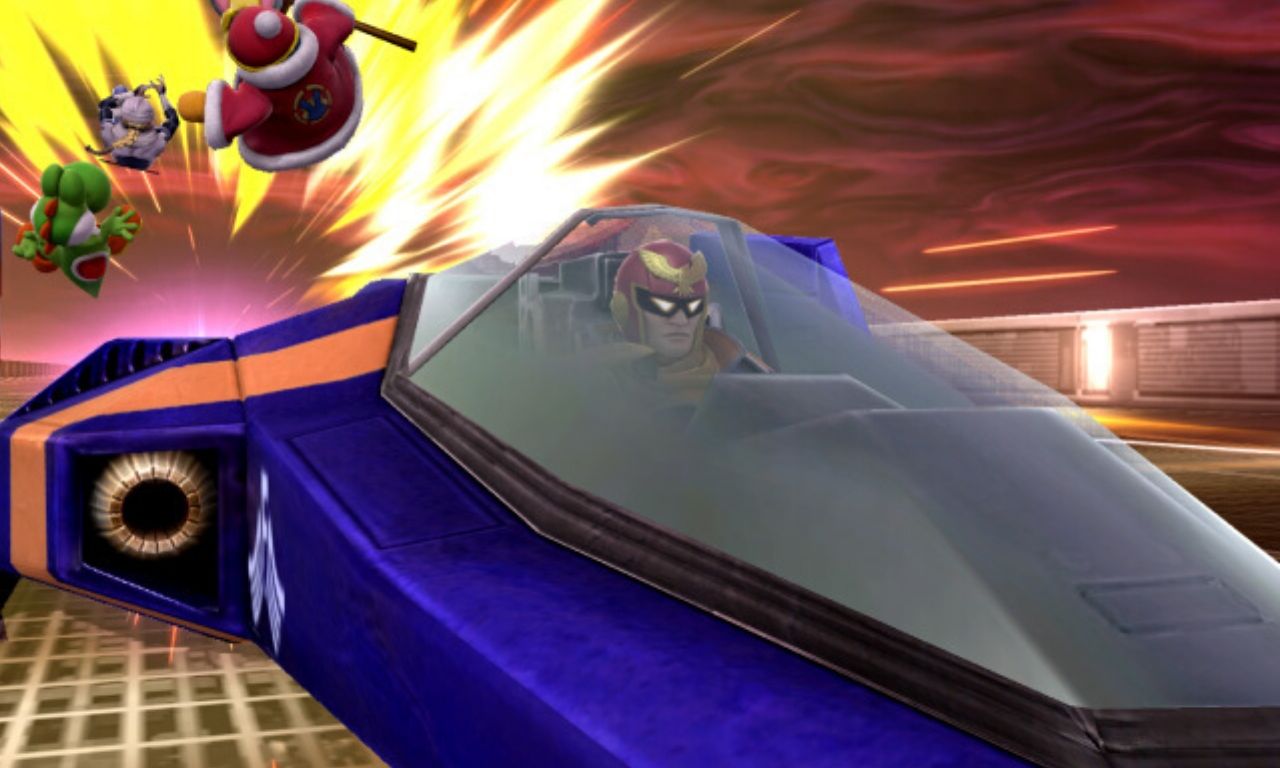 Scenario training is where you think of a given situation and come up with a response for it. When it comes to driving, usually people think of scenarios that cause you to get into a collision. It is very possible that someone may run a red light at an intersection as you start to cross. To account for this, you should scan both sides of the road before crossing. Now you have an answer for this scenario and can utilize it to stay safe.

Fighting games are the same as driving in how effective scenario training is. There are many scenarios that you’ll encounter and if you aren’t ready for them, you will get hit. Although this training may seem robotic, it does help to reduce mental fatigue because you don’t have to make an intense decision when a trained scenario comes up.

Anyone that forgoes this type of training, whether it’s for driving or fighting games, almost guarantees that they will get themselves severely injured or killed. 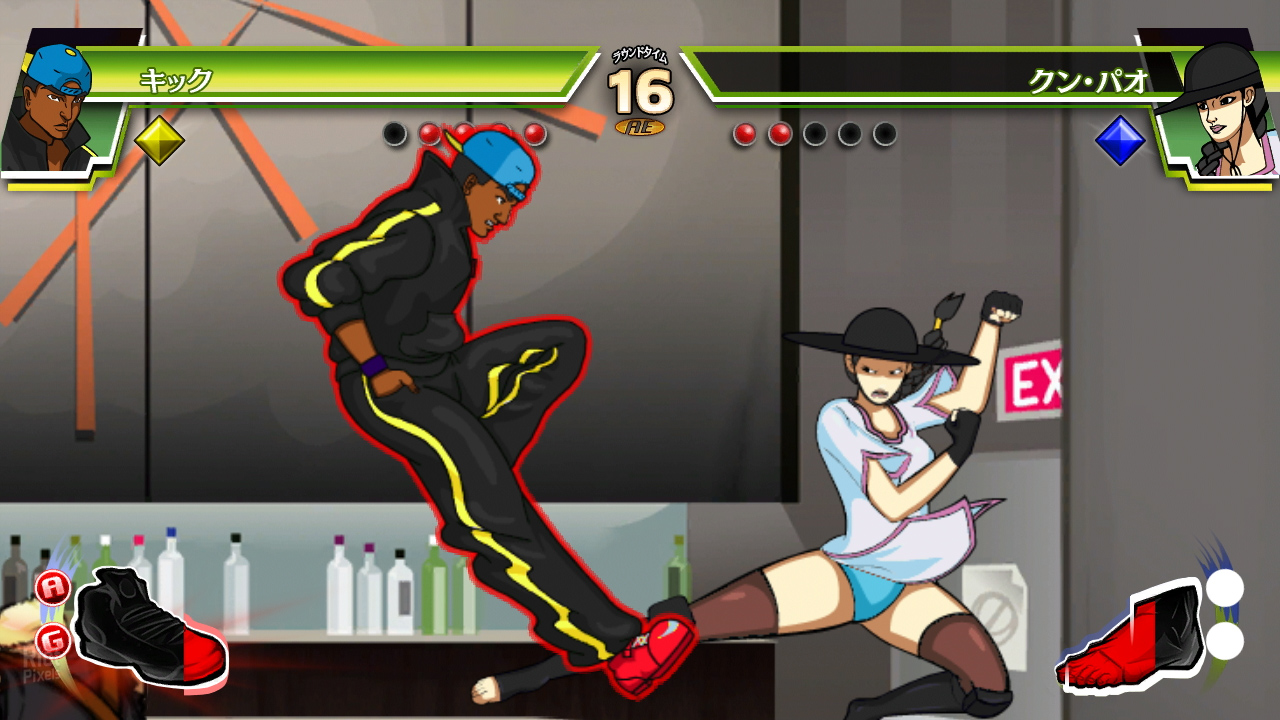 The main difficulty of scenario training for fighting games is to actually recognize the scenarios. It’s not everyday that you run into a man in a tattered gi that can throw out fire from his hands (if this is the case, save some meter for your projectile-invincible move). There are some situations that have a clear answer for them depending on what your character has available in their tool set.

Here’s some typical simple scenarios with an easy response to them:

It’s good to have a set “canned response” that is reliable in order to squeeze as much advantage as you can out of your opponent’s mistakes. Once you get comfortable with having a set response, you can expand your choices depending on the situation (e.g. corner carry, side switch, building extra meter, etc.). 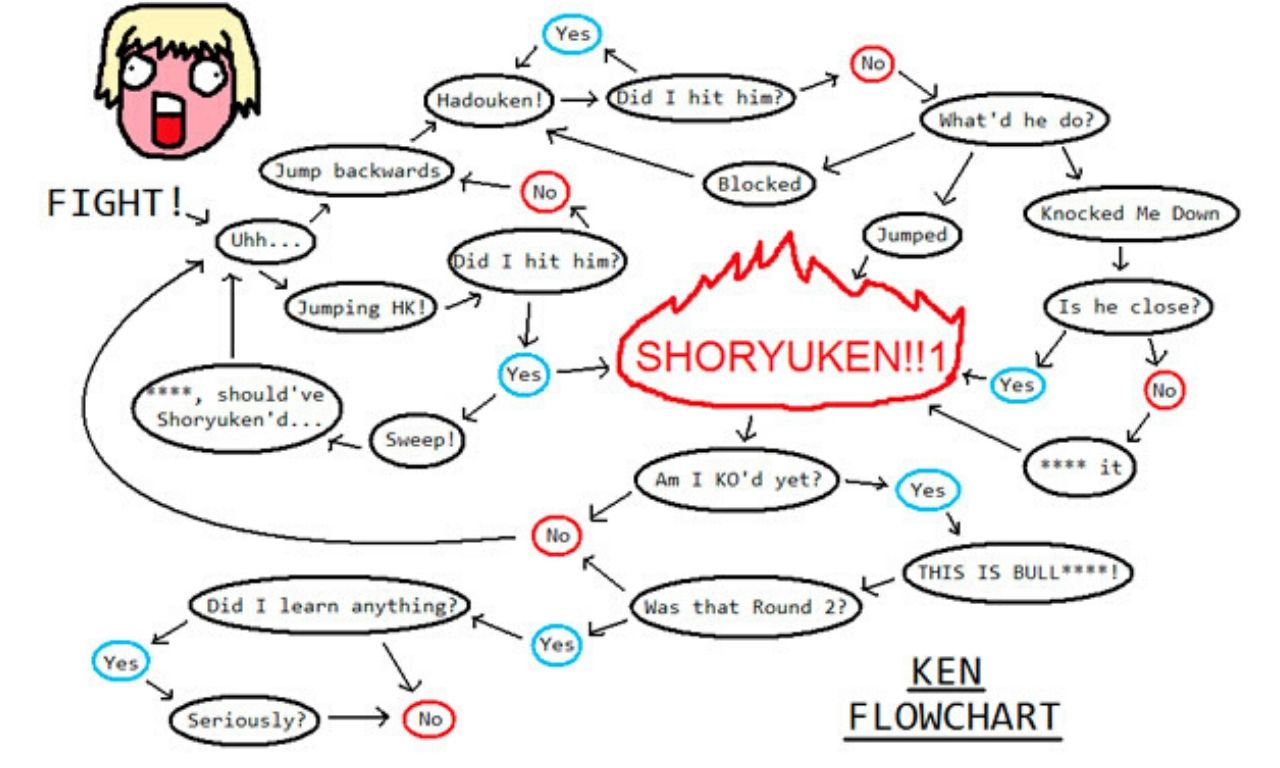 Some scenarios come with a bunch of options that flow can from them. Because of the many choices, these situations come with some inherent risk as you will need to predict what an opponent might do. We’ll look at the most common scenario in almost every 2D fighting game, the wake up scenario. For our purposes, we’ll consider Street Fighter V as the game we’re playing below.

There is a better way to hedge your bets when it comes to this scenario. There are some actions you can take that can cover multiple situations. The first option is the meaty attack which will benefit you if the opponent wants to either block or escape. If the opponent blocks, you’ll have frame advantage, and if the opponent tries to escape, they will get hit. Of course, this will lose to reversals that are invincible. The second is the standard (fast) throw will cover blocking and escaping. Throw will obviously beat blocking, but anyone trying to jump away can still get anti-aired if your character has a move that can reach the opponent. Third is the cross up attack which will beat escaping and many reversals.

You can expand your library of responses by considering scenarios such as:

Take a single scenario and imagine what is likely to happen. Just like with the wake up example above, think of the possible if-then scenarios and test them out in the lab. This helps to reduce the analysis paralysis of figuring out where to improve your game and systematically improve. 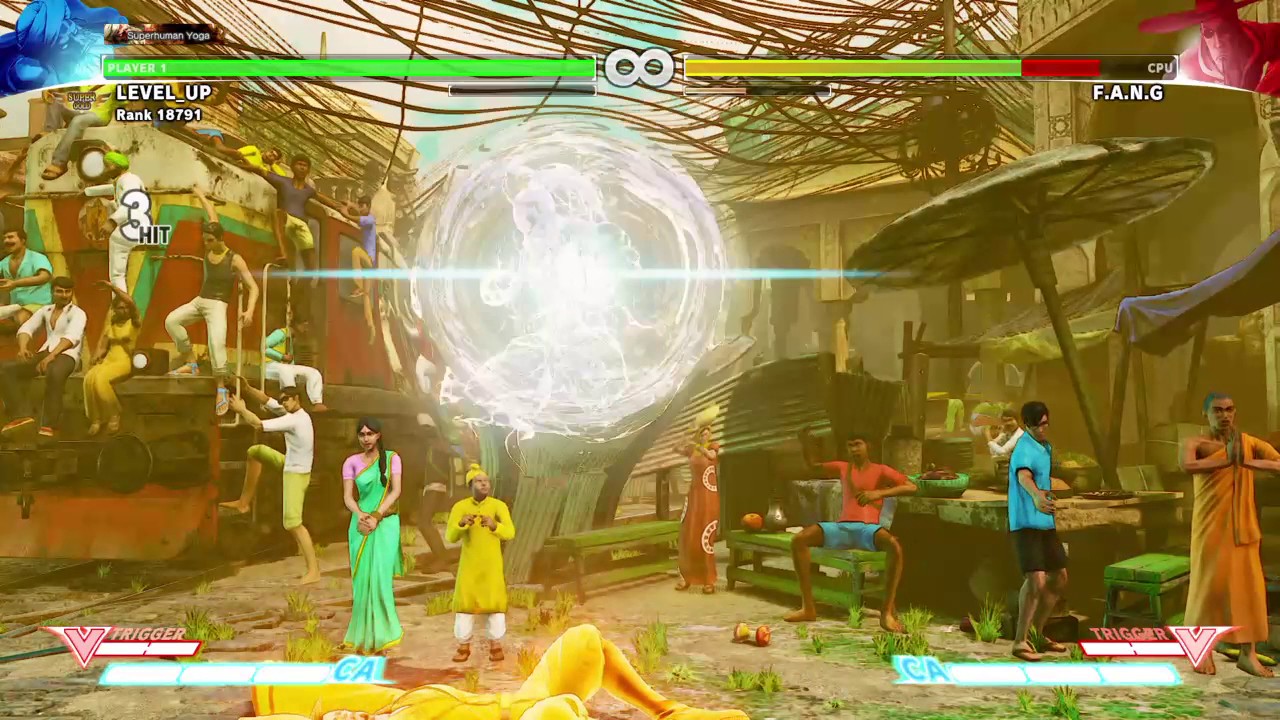 One of the best ways to train beside sitting in training mode is to just ponder about the game. While you’re away from the controllers, you can imagine fighting game scenarios and think of possible solutions to them. Take note and bring those ideas to the lab and see if your theories pan out.

For example, if I’m using Laura and I’m having trouble against Boxer’s (Balrog) straight punch, I can imagine that crouching heavy punch might be a move that could work well if I predict it. And since cr.HP can cancel into her MP Thunderbolt or her super, I’ll buffer into a move in case it hits for extra damage. I’ll take this theory into the lab and record Boxer to do straight punch while I test if cr.HP is effective against it.

After finding these answers, you can take it online to test on opponents or you can do what I call “chaos control” training. You set up a training mode session against a CPU to test out your answers. This is a good way to see if you’re able to perform under the pressure of facing an active opponent. The training mode session should have the following parameters:

This type of training is especially good for practicing combos that require meter and if you have alternate routes for said combo. It is also great for practicing sequences that you might land less frequently like counter hit combos, setups after landing a particular attack, or combos from stray hits (aka pickup/conversion combos). The chaos control type of training doesn’t fare well for testing human tendencies like throw tech timings. So for those types of answers, you’ll have to go straight to another person to try them on.

This is a very fun part of fighting games because you’re solving tiny puzzles and putting those together to get better at a match up. It also makes you feel like a genius for landing them in a real match. And once you show an opponent that you have answers like this, they will know right away that you are a cut above the average driver.

How To Scenario Training