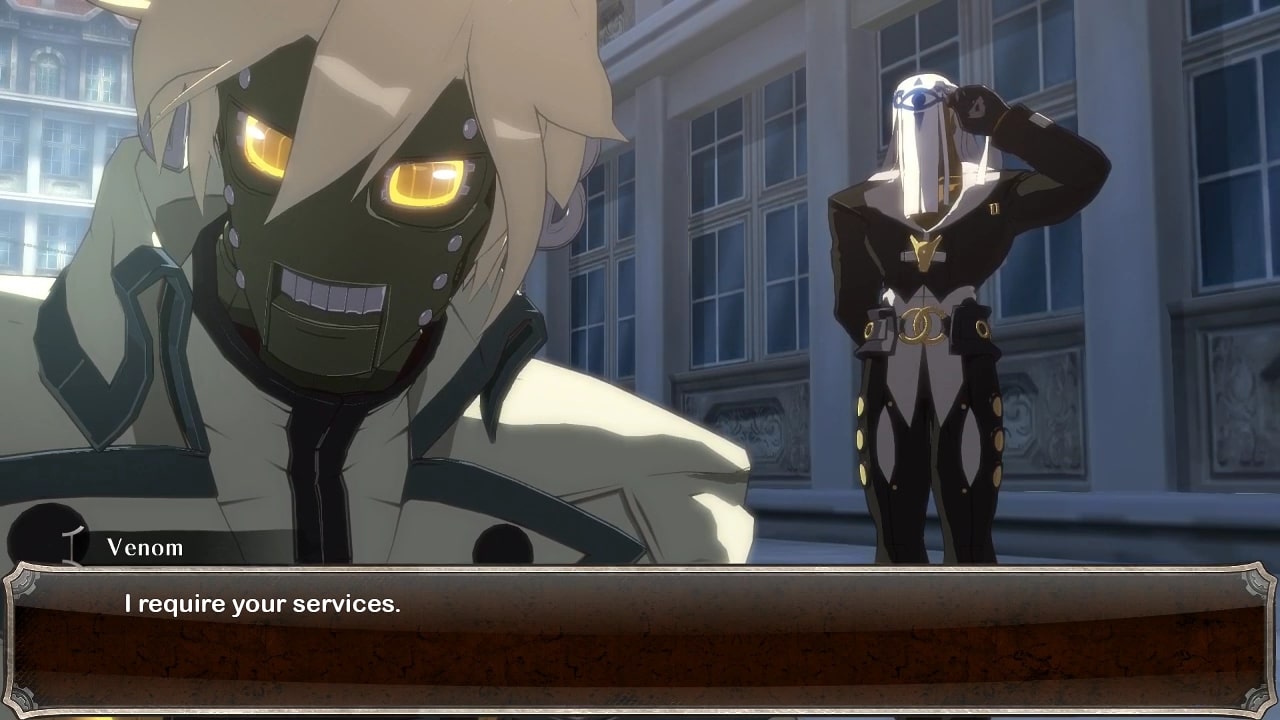 When you boot up a Guilty Gear game for the first time and work your way to the character select screen, you’re likely to gravitate towards at least one character pretty quickly. The series offers some pretty fantastic and diverse designs, so there really is something for everyone aesthetically speaking. Once you’re in an actual game though, you may realize that you’re in for some work depending on your choice. Five attack buttons, air mobility, eclectic (and occasionally complicated) special move lists, and unique mechanics like Dust and Roman Cancelling make mastering Guilty Gear quite the endeavor for anyone. However, despite the challenge, the chaos and action of Guilty Gear’s offense-driven anime fighter gameplay is enough to keep any player coming back for more. Dr Stormlocke, a series veteran and undisputed master of the ever-so-intricate Robo-Ky, is no exception.

At first glance, Robo-Ky comes off as a keepaway character. Projectiles are common in Guilty Gear XX Accent Core +R where characters like Venom and Justice excel at filling the screen with junk. Robo-Ky falls under a similar umbrella, boasting a few different styles of missiles that he can use to create space while he charges up his unique tension meter. Dr Stormlocke has never taken this approach to Robo-Ky, though. His love affair with the character began after seeing Robo-Ky’s unique delayed wakeup option, and the relationship was solidified after he discovered Self-Destruct Mode.

It takes immense creativity and some stubbornness to take a character and go completely against their gameplan, but that’s what Dr Stormlocke has spent the last few years doing. His Robo-Ky is known for aggressive, rushdown gameplay. That may not sound like a mighty endeavor, but when you consider that Robo-Ky also has to create his own meter and juggle his volatile heat gauge, it becomes a bit more clear how Herculean the task is.

When you watch Dr Stormlocke’s gameplay, it’s hard to see the bigger picture until his gameplan is already deep in motion. His approach to neutral involves using Robo-Ky’s mobility-based moves like his 2K slide and jD bicycle to evasively close gaps. Once he’s in, it’s about getting a knockdown as fast as possible, setting up a 2D meter-charging mat, and then the blender begins.

A meterless Robo-Ky is a light threat, but once his unique 10-block meter gauge is charged above 5 blocks, Robo-Ky becomes a terror. This is particularly true in Dr Stormlocke’s hands. Because his gameplan generally revolves around getting knockdowns, charging meter, applying pressure, and repeating this process, he isn’t afraid to spend the bar he accumulates. This cycle leads to ridiculous meter-dumping pressure, lovingly and infamously referred to as “Stormlockables”, where Dr Stormlocke will go off the rails. Whether it’s spending 75% of his meter to unload a triple overhead or using a whiffed Overdrive (super) move to set up a command grab, Dr Stormlocke’s unique approach to oki is sure to make any defender’s head spin.