See when you can play in the second beta and all the details of changes so far
By Choysauce on April 28, 2021 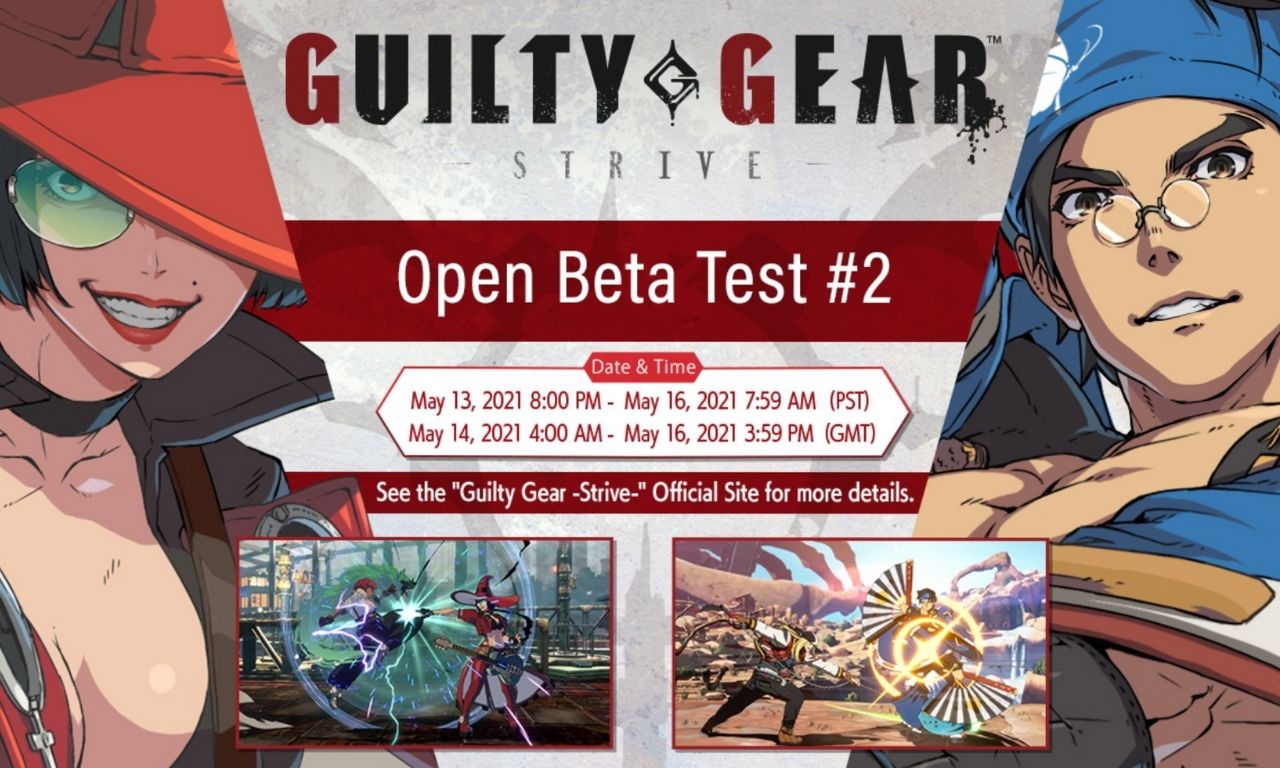 The second open beta test for Guilty Gear Strive has been officially announced.

The dates for the second and likely final beta will be from May 13 at 10pm PDT to May 16 at 7:59pm PDT. The game will be available to pre-download on May 7th at 8pm PDT. If you already have the client from the 1st beta test, it will automatically update for you. The systems that will be playable for the beta are Playstation 4 and Playstation 5 and crossplay will be available.

This second beta will have the entire initial roster available to play. This means that I-no and Anji will be playable to round out the characters that weren’t available in the first beta.

The lobby system will have some much needed improvements this time around. There will be battle stations where players can post up to be on standby to play. This will greatly reduce the amount of confusion that comes from trying to match up by playing the chicken game of posting up or joining. There will also be a rematch function where in Ranked you can rematch 3 times (or until your floor changes) and unlimited amount in the “Open Park” as long as both players agree. There will also be some unlisted improvements, so we’ll have to see once we get our hands on the beta to report on this.

There are also some interesting battle balance changes that will be present. Arcsys list the following: