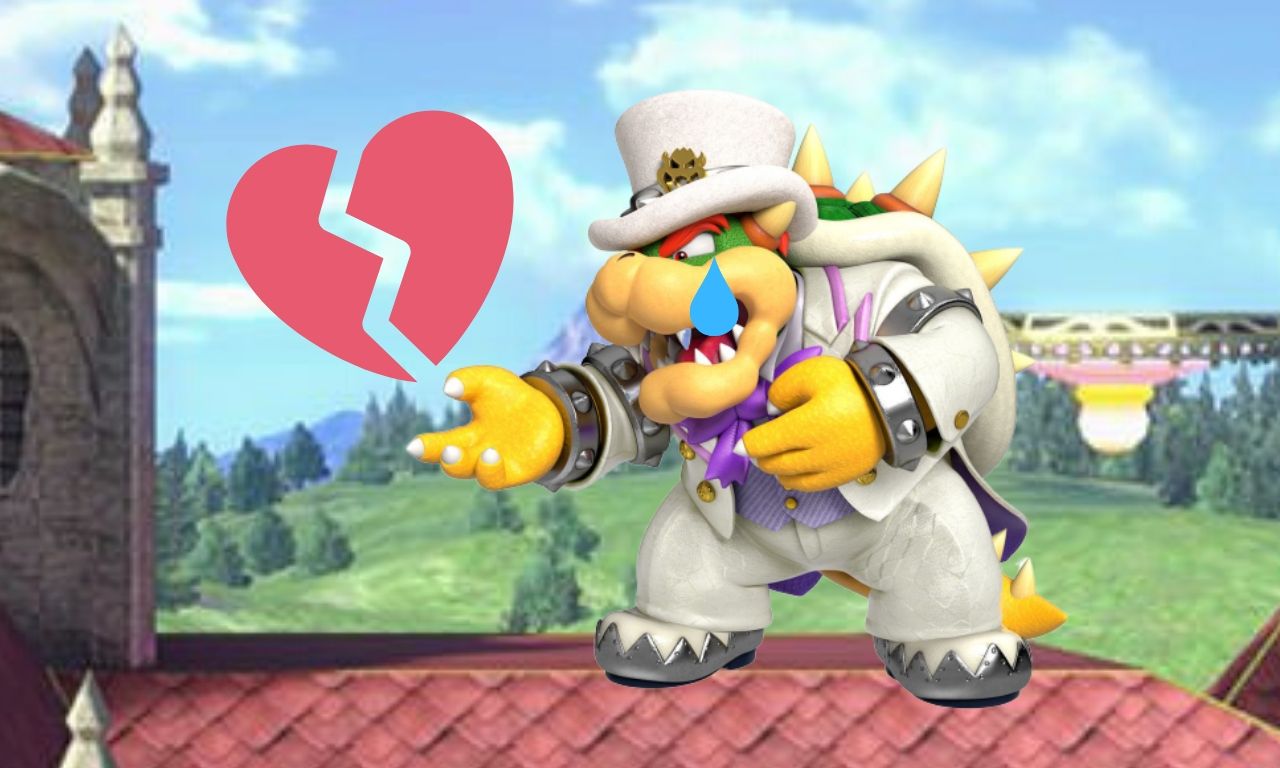 To my one and only Bowser, King of Koopas,

Life is hard, isn’t it? Despite the fact that you’re covered in spikes and you can breathe fire, your plans are routinely foiled by a plumber who appears to be no more than three-and-a-half feet tall. Then, as if that wasn’t bad enough, you made it into Smash, where you were a lumbering, low-tier laughingstock, cursed to be a big-bodied punching bag.

But, oh, then we found the answer. Instead of running from death, we embraced it. Instead of seeking the safety of the stage, we flung ourselves into the waiting arms of the abyss – and in our own arms, we lovingly clutched the squirming bodies of our adversaries. Yes, I speak of the Bowsercide! Finally, you inspired fear in your enemies. Finally, they ran from you and cowered. And because they ran, you – we – conquered.

Will you ever be a top-tier character? Let us be honest with ourselves: no, probably not. But a fair-weather love is a love undeserving of the name. Be mine, and together we will sow chaos with every stomping footstep!

Eli Horowitz (@BODIEDnovel) plays Smash like a troll and is completely unapologetic about it. He lives in Pittsburgh, and his first novel is set in the FGC.