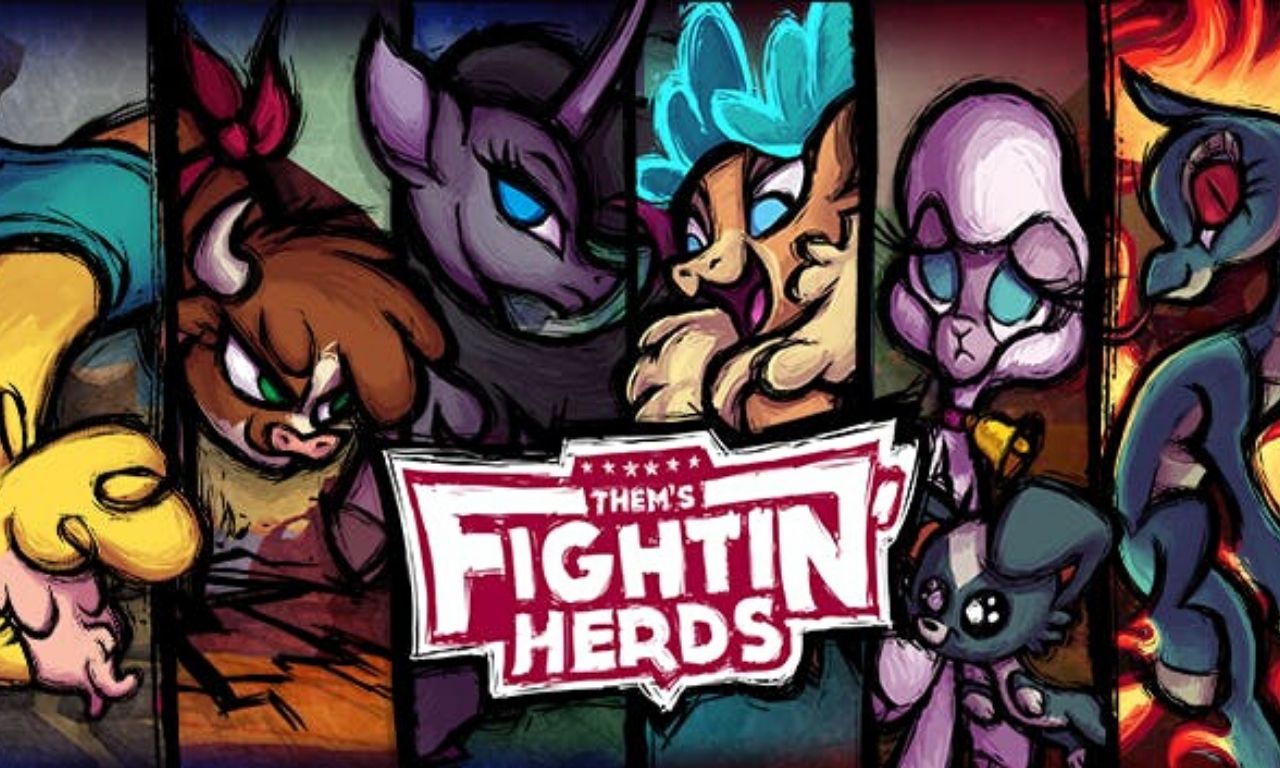 To help you get up to speed with the latest news about this summer’s online Evolution Championship Series, we’re doing a series of posts on each of the four open-bracket games. In this post: Them’s Fightin’ Herds.

My Little Pony and fighting aren’t two words you’d readily associate. But the magic of the internet (plus some talented developers) has turned a show about friendship and magical baby horses into a new expression of the magic of fighting games, Them’s Fightin’ Herds.

The plot is based around the struggle of the hoofed creatures of the world of Foenum. They are being threatened by the carnivorous Predators, creatures that were locked away in a separate realm but have somehow broken free. To combat this threat, each tribe in Foenum selects a candidate known as a “Key Seeker”. Every chosen Key Seeker faces each other in a friendly competition to determine who will be the “Key Keeper” to fight and seal away the Predators. 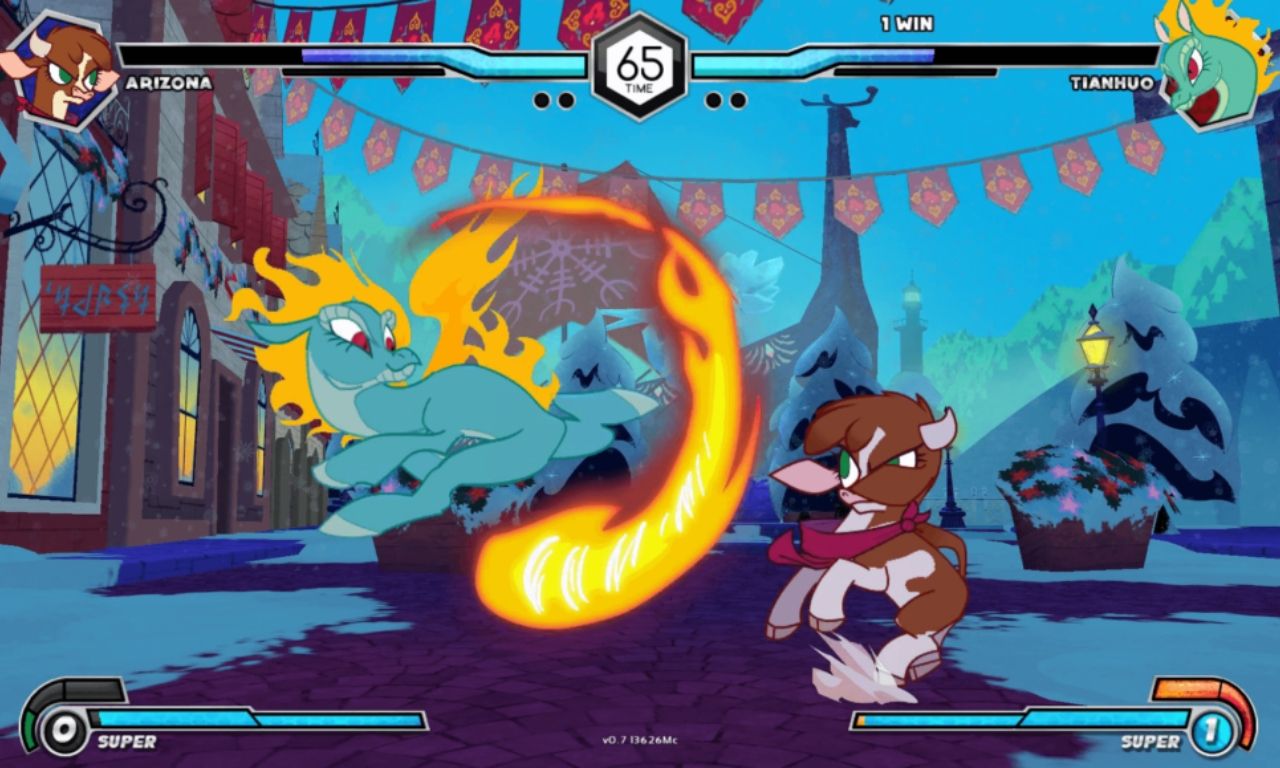 The indie title is developed by Mane6, a group of game devs that are big MLP fans that originally were making a fighting game using the same IP. The title garnered enough popularity to have Hasbro issue a cease and desist order for the game. The team started again from scratch and garnered help from the community to fund and design the game. The visuals of the game sport a distinct Saturday morning cartoon look. The character designs and story were developed by the creator of My Little Pony, Lauren Faust. Under the hood is the Z-Engine, the same engine as Skullgirls and likewise also runs on roll back netcode.

You have a selection among 6 quadruped fighters. Arizona, the cow, is a rushdown character with a short hop and armored moves. Velvet, the reindeer, is a zoner with escape options and space control tools. Oleander, the unicorn, is a trap character with the ability to charge magic and teleport. Paprika, the alpaca, has a unique tool set using teleports, grabs, and random food tosses. Pom, the sheep, is a puppet character who utilizes sheep dogs to assist her. Tianhuo, the longma (mythical Chinese winged horse), is a rushdown character focused on aerial combat with an air dash and dive kicks.

The gameplay revolves around 4 buttons; Light, Medium, Heavy, and Magic attack (A, B, C, D respectively). The combo system follows the Marvel vs. Capcom style flow of ABC, launcher, then jump ABC finisher as the universal bread n butter combo. The polish and design of the game shines in its well made tutorials.

@ManeSix My six year old wanted to play fighting games after seeing TFH. I edited the buttons on the stick using crayons and construction paper (yes, lol), and he was able to pull of A, B, C, into launcher with your tutorial.

The pick by Evo staff to include this game makes a ton of sense as every year a brand new title is always included as part of the lineup. The excellent roll back netcode that has been implemented is the reason it was selected among other titles to keep the competitive integrity of the tournament intact. The games that were previously open tournaments (now exhibitions) all have issues with their online play due to delay based or badly implemented rollback netcode.

This game has been played since during its early access phase on Steam. Now that the game is officially releasedand a part of the EVO Online lineup, there will be an influx of new players from all the different scenes. But judging from the latest tournaments for TFH, the player to beat is Candel, the Arizona player. He’s been tearing it up on the online tournaments and won Combo Breaker 2019 and NEC20.

Be sure to show your support and pick up the game and enter EVO Online while you’re at it.

Also, if you’re more involved in the TFH community, let us know who are some of the players that the FGC should be looking out for in the comments below.

Check out our other EVO Online Primers below: