Machomanmo is serving it up for Germany's FGC
By Choysauce on January 23, 2020 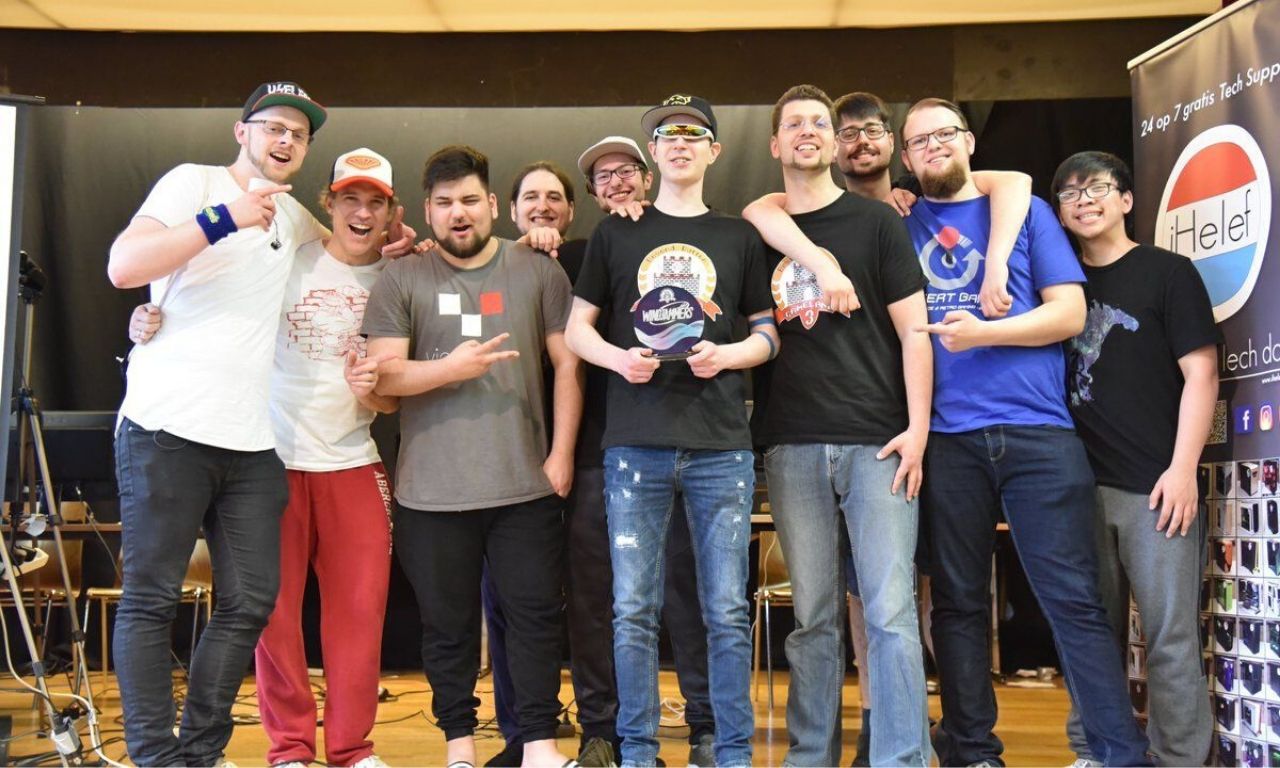 Fighting games is a global language and Machomanmo is one who completely understands this. The German fighting game local he helped to establish, Core Gamer Treff, embodies the welcome and open environment that the best of the FGC fosters.

What’s the story behind this event?

It all began in 2009 as I was looking forward to the [Street Fighter 4] release and suddenly realised that fighting games had always been way more than just brainless button mashing. When I bought the game and tried it I realised that I had always loved fighting games religiously and deep down inside me there was this strong connection to these games that I had just never really let out before because I never really listened to my heart and just played what everyone else played.

I realized that there were others like me who loved these games just as much as I do and I realized that Fighting Games are more than just regular video games because they bring people together in real life like no other genre does.

I went to my first tournament, Fight Club NRW in Cologne, in 2009 and immediately got introduced to the German FGC for the very first time. At the time, almost everyone here was just starting out to play fighting games more seriously and everyone played and loved Street Fighter 4 so you could just play with everyone else and get a lot of matchup experience. People were helping each other out all the time and everyone leveled up together. It was such an awesome experience to be part of it and it felt almost like I became a part of a group full of super gamers with the perfect attitude somehow. From there, everything snowballed forward pretty much. I’ve been to all the German Tournament Series in all regions, local gatherings, weeklies and everything that has people enjoying fighting games together countless times in more than 10 years. 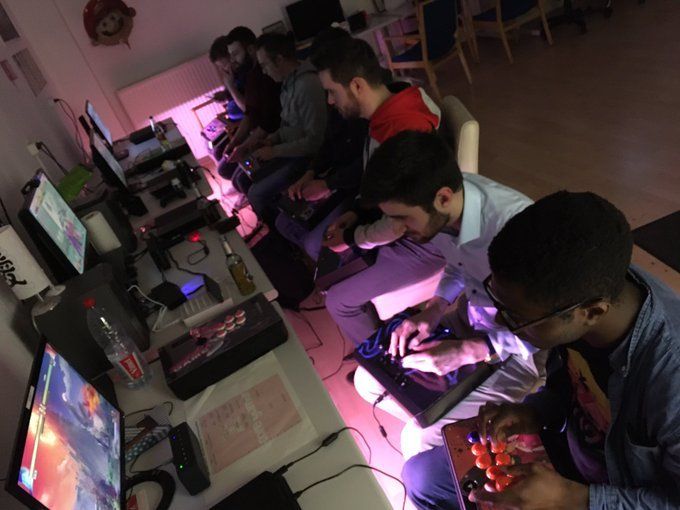 The more I played over the years, the more I had the desire to give back to the community one day.
In my city, I’ve always felt very bored because here is really nothing special to do for a gaming nerd like me and everything that people like to do here is watch soccer or go out and drink.

Lately, the city has vacant stores everywhere for really good conditions because nobody wants to run a business here anymore because people prefer to buy everything on the internet nowadays. I had some savings over the past years because I’ve always lived very minimalistic. So to me it seemed like the perfect time to rent the best shop that I could find and make my dream come true in my city. In December 2018 I opened up the Core Gamer Treff and we’ve had more than 150 opening days since then.

What makes your local stand out?

One thing that is really special about my venue is that it is NOT only for the FGC alone but also for many other gaming communities like Nintendo Gamers, Retro Gamers, Indie Gamers, Shoot em Up Gamers and many more. I really couldn’t afford to run this venue with fighting games alone because there just aren’t that many fighting game players around yet. I personally also learned to enjoy many other gamers besides Fighting Games with the release of the Nintendo Switch because it really is the perfect system for offline multiplayer gaming and has so many great games that can be played with many players at the same time.

I realised that the greatest part about the FGC is the community itself because you really get to know real people in real life and not just play against some random dudes on the internet that can’t behave themselves. And with other games it’s really no difference: the same thing applies when you play Mario Kart or Smash Brothers with your friends but you have to have people that want to come out and play with you. Unfortunately, non FGC-Gamers usually don’t know this concept of going out to play with strangers and thus meet new people. Of course it feels weird to them at first, but once they dive in, it is basically the same as with fighting games. They keep coming back wanting to enjoy the experience more and more. Many of them also have at least a slight interest in fighting games and want to learn how to play a fighting game as well.

What are some of your favorite moments?

There are so many good memories from the Core Gamer Treff not only Fighting Game related ones. We’ve had many grind sessions and Tournaments in SFV, SF4, Tekken, 7 MK11, Windjammers, Halo 2 and Outrun 2 Lan Parties on classic Xboxes… the list goes on and on. I really can’t name anything that stands out right now but in general I’m enjoying every day that I open the venue and you can check our twitch archives https://twitch.tv/coregamertreff/videos to see the huge variety of games that we like to play.

Who are people at your event that isn’t getting enough attention?

I think we should change this question to “people from the FGC that you’ve met” or something like that because in the Core Gamer Treff I really do everything that is FGC related on my own pretty much.
But I’d like to thank all the TOs of all the events and sessions that I’ve been to in Germany and that I’ve learned a lot from: Kingcar from Insert Game, Padau and dash from Fightclub NRW, Prinnydood from Dreamolition Derby, Banker King Alo from FFM Rumble, Chimera and the Tekkenmania Crew, SinJul from Hessen Crash and also shoutouts to everyone that helps to grow the scene #SupportYourLocals.

What do you think we can do to make the scene grow bigger?

So when people ask me how we can grow the scene I usually suggest that you should really be more open minded and allow other gamers to become a part of your scene as well. The entry barrier of learning how to play a fighting game is really HUGE and people just don’t want to be put in a situation where they fail all the time. So if they can be at your weekly and play something more casual on the side while also watching you grinding it out, they get motivated to try it out as well.

To find out more about Core Gamer Treff, check out the event page here.

If you’d like to have your own local featured here, contact us to let us know more!