The indie fighter in development gets weekly builds out to their Patreon supporters
By Choysauce on August 31, 2020 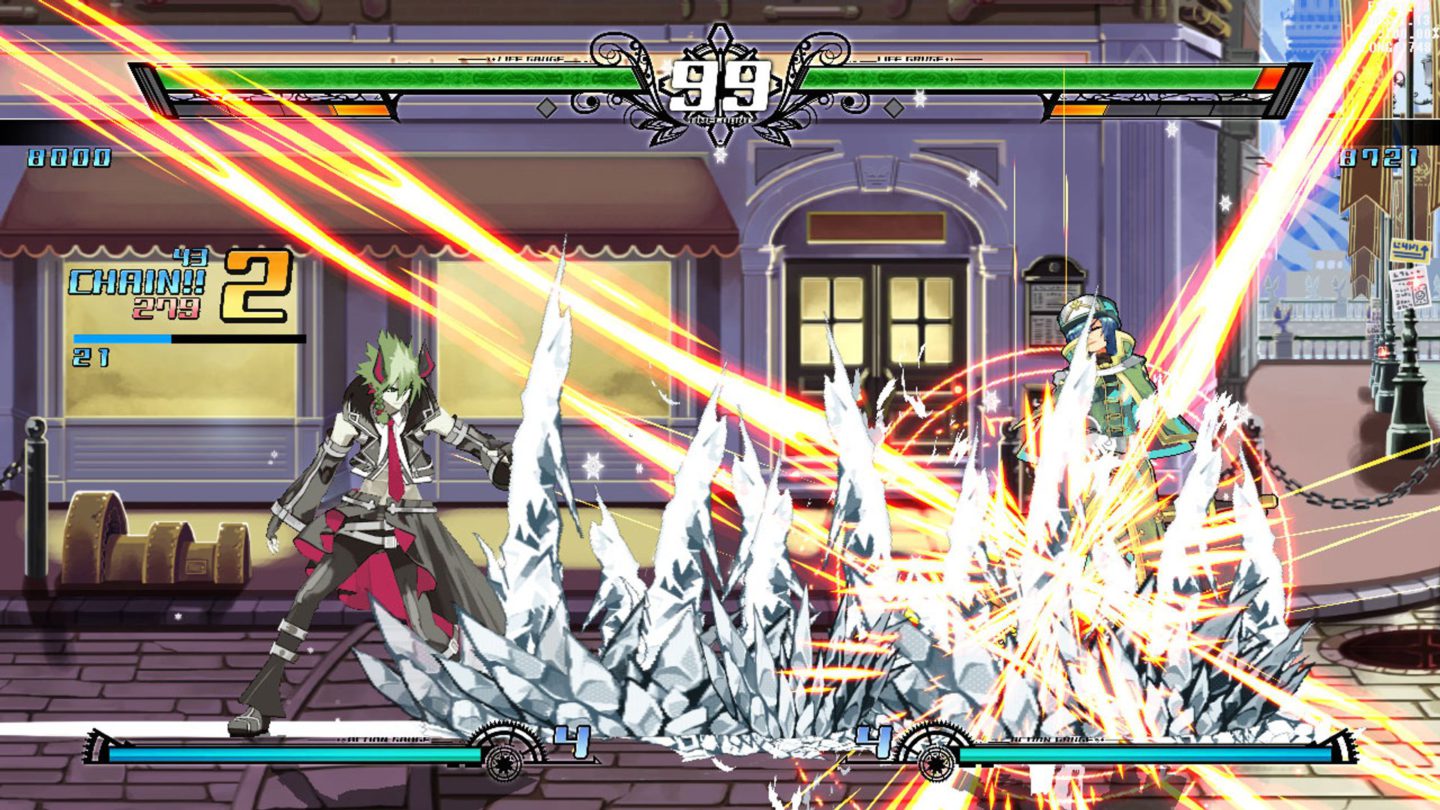 E’s Laf ++ is a anime style air dasher fighting game that is being developed by one person who goes by the name Free. The first thing that stands out with the game is the animation as it seems to use a higher frame rate than most 2D fighters, giving it a very smooth look.

The roster seems to have a very diverse and unique cast of characters that is continually growing. 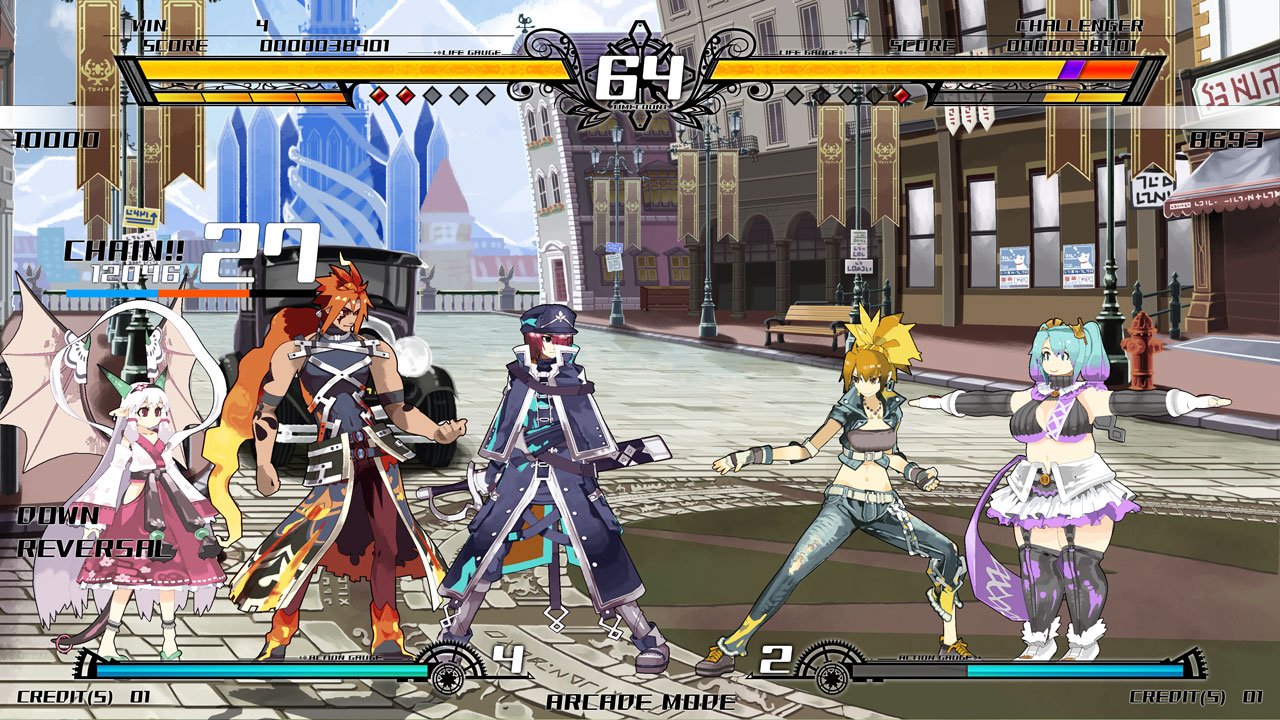 Main seems to be the protagonist of the game and has a big sword with fire as his element. He has fast and hard hitting moves that also leave a trail of flame on the floor. His overall style is very very reminiscent of a certain Badguy from the Guilty Gear series.

Sisca is the police officer looking swordsman who seems to be a mix up style character. He has a lot of command jump mix ups and also can hop past a character with his standard dash. The style of the character seems very much like

Tina is the plus sized angel that seems to use a special resource to enhance her moves. Her style is much like that of Guilty Gear’s Sin, where she needs to eat in order to gain weight and use that for more powerful attacks.

Other characters in the roster are Stina (a thin version of Tina), an axe wielding brute with a pompadour, a vampire in a Korean hanbok, an ice mage demon, and more.

The systems in the game seem to borrow from many anime fighters out there. It has the standard items like burst, jump cancels, and air dashing. It borrows heavily from Guilty Gear with its Roman Cancels (called Fatal Shift) and Risk Gauge. Some things more unique to this game is that it seems that normals do chip damage in this game. Of course this game is still under development so everything is subject to change.

By joining the Patreon, you’ll be able to play the weekly builds of the game as it’s being worked on.

Check out the trailer below that explains how the character “Main” plays and how to use his moves:

Be sure to check out the Patreon for updates on the game and contribute if you wanna help bring this fighter to life.