The series will commence at Evo Japan
By Eli Horowitz on December 2, 2019

The official Bandai Namco Esports Twitter account announced a new world tour for SoulCalibur VI. This one will be for SoulCalibur VI, the latest entry in the long-running 3-D fighter. Details are sparse at the moment, but we know that the first event will be Evo Japan 2020, which is scheduled to start on January 23. We can expect the SCWT to operate similarly to other professional tours, with sponsored events around the globe and a prize pool awaiting the winners. As those details become public, we’ll report on them here. In the meantime, you can see the original tweet below.

The wait is finally over, we’re proud to officially announce SOULCALIBUR World Tour 2020! Check out tomorrow’s livestream for more details at 8PM JST during #FightingTuesdays. Our first stop is at EVO Japan! Step up to the Stage of History & register here: https://t.co/mi4uHHe4eb pic.twitter.com/sroFIIxQ0Y

Be sure to catch the live stream of the announcement details on Fighting Tuesdays on Tuesday 8pm JST (12am EST, 3am PST) on the Anime Illuminati channel.

Okubo-san and Markman has announced a few new details for the SoulCalibur World Tour.

They aren’t at liberty to announce the next events at the moment, but the future events will be announced early in 2020.

The structure of the event types were revealed as follows:

See how the point system breaks down below: 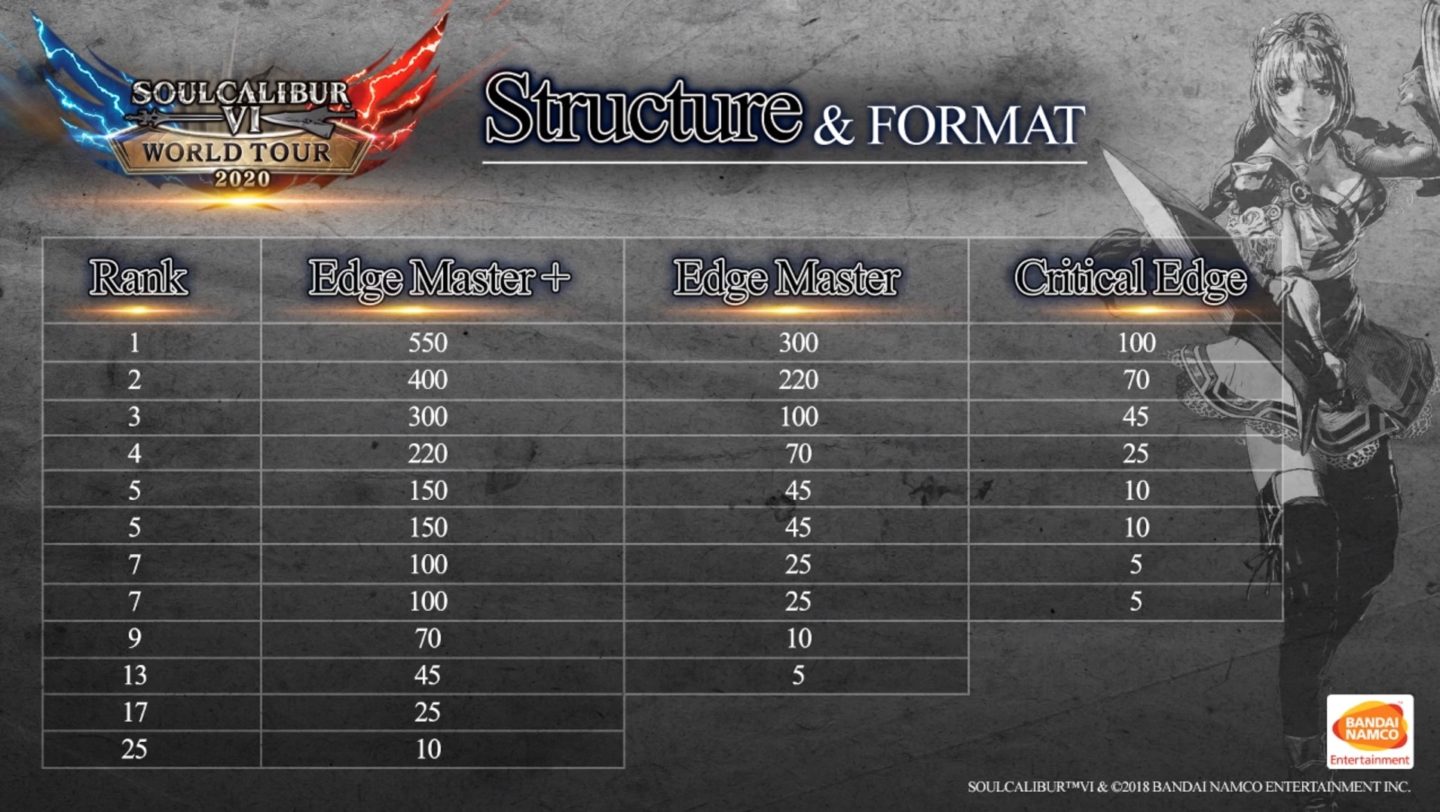 There won’t be any Dojo style events for this year but if there is demand and good attendance, they may be able to implement it next year.

See the full announcement video below: