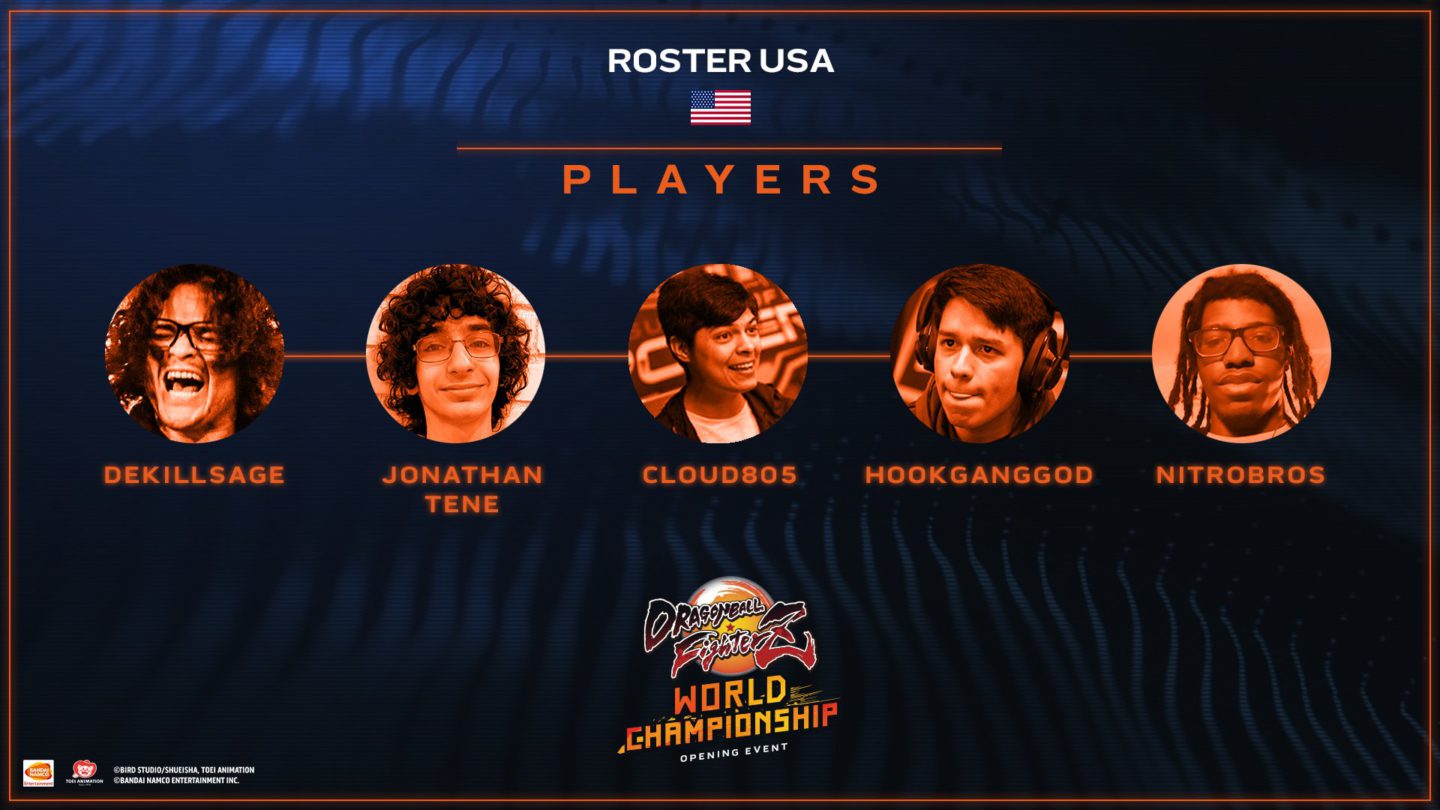 On August 28 and 29, 2021, one of the biggest questions in the Dragon Ball FighterZ community will be answered: who would win a 5v5 battle between the United States and France?

Both the US and French players have proven to be powerhouses throughout the course of DBFZ’s storied three-year lifespan. With offline matches out of commission during the COVID-19 pandemic, players from both countries have been unable to face each other since the end of season two’s World Tour. Now, to kick off the unofficial “season four” of Dragon Ball FighterZ, five American players will face down five French players at the official World Championship Opening Event in France.

Representing the United States will be:

Dekillsage — A long-time competitor from the East coast. Dekillsage has been more focused on Skullgirls in the past year, but with SSJ Goku receiving buffs in the most recent patch, his traditional team of Teen Gohan / Z Broly / SSJ Goku could be a huge threat to France.

Cloud805 — Another West coast representative, Cloud805 is never shy about making the most of the top tiers in Dragon Ball FighterZ. His calculated approach is always threatening, and it will be interesting to see how his competitive team looks at the outset of the new meta.

HookGangGod — Maybe Dragon Ball FighterZ greatest up-and-comer story, HookGangGod shot from online warrior to global threat in the first season of the game. He has maintained his status as a powerhouse throughout the lifespan of DBFZ, and with his tried-and-true main, Piccolo, only getting stronger this patch, he could very well bring about France’s downfall.

Nitro (AKA Nitrobros) — The East Coast National Championship winner of 2020, Nitro has proven himself to be among the best over the last year. With a deep understanding of the game, a merciless approach, and a hunger to cement himself as one of the greats, it will be a treat to watch Nitro bring his A-game.

In the other corner representing France, we have:

Wawa — A young gun at the launch of Dragon Ball FighterZ, Wawa has proven year after year that he is not to be underestimated. Considered to be France’s greatest player, Wawa could prove to be the immovable object in America’s way.

Jila — France has historically considered Vegetto to be a strong character, which became a hot point of debate last year. Jila, one of France’s strongest Vegito players, will now have the opportunity to prove just how strong the Saiyan fusion can be. With a history of competing at an extremely high level in France’s scene, Jila should have no trouble showing off what his character can do.

Kayne — In the months since the France National Championship ended, Kayne has never stopped competing. A regular on the Wanted circuit and currently finishing up RedBull’s Gaming Sphere Online season, Kayne has put in an incredible amount of work in 2021. As a highly adaptable player, he should prove a difficult challenge to anyone he faces.

Yasha — Another incredibly powerful Vegito player, Yasha’s combination of Vegito / Teen Gohan / Base Goku is a force to be reckoned with. After taking third in the French National Championship last year (behind Kyden and Wawa), Yasha is primed and ready to do some damage to the US.

Kyden — Maybe the most exciting Dragon Ball FighterZ player in the world right now, Kyden is a true chaotic force when it comes to this game. Known for playing a myriad of teams at an extremely high level and for holding the biggest winning record in the history of Damascus’ Wanted series, it will be exhilarating to watch Kyden finally get his time to shine offline.

The USA vs. France exhibition is going to be an electric kick-off to another season of incredible DBFZ competition. After a long wait for offline events, it’s hard to imagine a better introduction than the answer to one of DBFZ’s biggest “who would win” scenarios.

You can catch the stream of the World Championship Opening Event on twitch.tv/dragonballfighterz, and be sure to check in on toptier.gg for more news, announcements, and highlights.