Celina shares her firsthand experience of attending EVO Japan 2020
By Choysauce on March 18, 2020 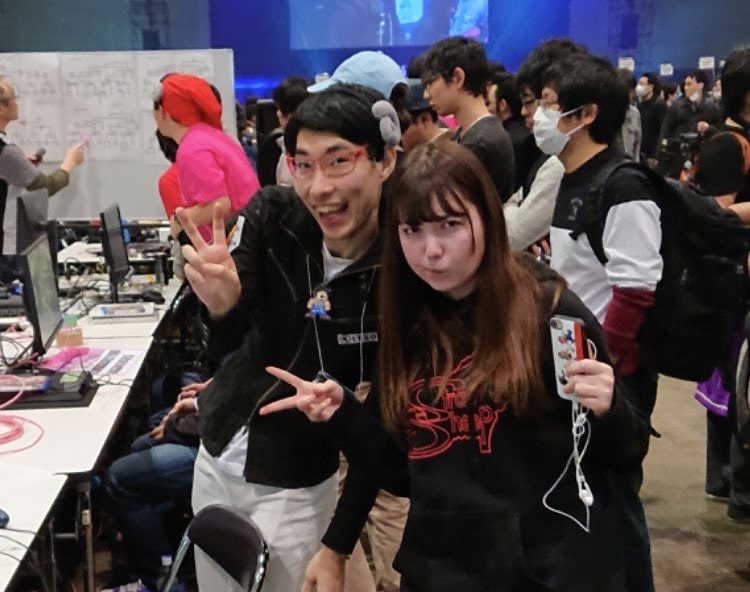 If you’ve never been to a fighting game event and wonder what it could be like, take it from Celina that it can be great. Celina is a Japanese native who loves to play competitive Catherine and streams the game on Twitch. She’s graciously shared her experience of attending EVO Japan and hope that it can help people see how great fighting game events can be to attend.

Read about her experience here:

EVO Japan 2020 was held from January 24th to 26th at Makuhari Messe. From pro players to casual players, many from different countries came to Japan to attend this huge fighting game event. Before this event started, I had few people contacting me and asking if I were available when they needed help or wanted to hang out. I was more than happy to do so since I myself had so much support during EVO 2019, and not to mention, I wanted to see my friends again and meet new people. So, although EVO Japan took place for only three days, for me, it began much earlier.

I was extremely busy the week before EVO Japan, because that was when most of my friends arrived in Japan. I went for a tour around Tokyo with many players like Geoff The Hero (@GeoffLife), Ryan Harvey (@fubarduck), Kent Hiroi (@KentoDaBento) and played some casuals for Tekken 7 and Catherine Full Body. There wasn’t a day I didn’t leave the house, and I was worn out after the whole thing was over. Despite how hectic it was, I had so much fun spending my time with them shopping, going to the arcades, having meals together, and it was most definitely one of the best moments of my life.

The days went by so fast and it was already day one of EVO Japan. Unfortunately, I was not able to attend the Tekken 7 and Street Fighter V tournament due to work. However, as I was in my office grieving over it, I received many messages from my friends telling me how they were doing in their pools. I still remember myself trying to hide my excitement when one of them made it out of his pool without dropping any matches.

However, day two was the most important day for me. This day was our side tournament for Catherine Full Body. Not only did I prepare myself as a player, but I was also responsible for making the plaques and interpreting for players if needed. We had quite a few non-Japanese players attend this year, and two of them were America’s top Catherine players, Shas (@_Shasties) and Sig (@psi_sig). I wouldn’t be exaggerating when I say that most Japanese players spent days and days of practicing to win against these two. The tournament had more than 50 participants, and it is currently a tournament with the largest number of attendees for Catherine in Japan. The game Catherine is well known as a “puzzle game” rather than a “fighting game”, and seeing it being played as a versus game seemed to attract the attention of many passer-bys as the matches went on. Before the tournament started, I had the opportunity to meet many new people from different communities, and it was such an honor when people walked up to me and told me that they watch my stream.

In order to have these two U.S. players to come to Japan, the father of the Japanese Catherine community, Mekasue, started a donation for their plane tickets and hotel rooms. I was more than glad to help, for I also had the financial help for EVO 2019. The tournament organizer for EVO 2019 Catherine and Catherine Full Body covered all of my plane and hotel fee, along with two other Japanese players. I was a little worried about the total that he was able to collect from us, but thanks to everyone’s support, all of the plans came true. I really hope that we were able to repay the kindness that we received.

As for my own personal results, I finished the tournament in 33rd place. I was not happy with it, but I felt much more confident in my play and knew that I did my best out of all the tournaments I’ve ever attended so I wasn’t too disappointed. After I was done, I went to commentate the Catherine tournament up till top 8. I mainly commentated in English since there was a Japanese player commentating with me already. If you have ever heard me commentate on stream you may know how hype I get (which gets me worried sometimes), but thankfully many viewers enjoyed the enthusiasm along with the games itself.

As most of us expected, the two U.S. players made it to the grand finals, along with one Japanese player, MST (@mst_v) who is known as one of the top Catherine players in Japan and is also a very experienced fighting gamer. Everyone who knew these three and the history behind the community were both thrilled and nervous to see these players go up on stage. The champion for Catherine Full Body in Japan has always been the same player, and it seemed almost impossible to defeat him. However, this time it was different. There is no doubt that MST is also one of the top players of Japan, but nobody really expected the king of Japan to get eliminated before grand finals, and it was a big change in history for the Japanese Catherine community. As for the final results, the King of Catherine, Shas, succeeded in keeping his throne by becoming the champion of EVO Japan 2020 Catherine Full Body, followed by Sig in 2nd place and MST in 3rd. Once again, the monsters from the U.S. could not be stopped but this tournament definitely attracted much attention from people who are not yet into the game.

Sadly, there is always an end to everything and it was time to say goodbye to our friends from outside of Japan. I was able to send-off a few people like Geoff and nezaroo (@nezuriko) from the airport, and I must admit, the post-EVO sadness hit me pretty hard after that. However, after I got home and scrolled through my photos in my phone, I realized how much my life changed in a good way ever since I started playing games competitively. I always played single player games, and competitive games (especially fighting games) never really caught my interest until I helped out as a staff for an fighting game tournament called TOP 8 in 2018. I would have never imagined myself being where I am or doing what I am right now a year ago. After interacting with many players around the world and feeling their love and enthusiasm for Japan, I can say that my first EVO Japan was definitely a life changing experience for me.