Three regional Tenkaichi Masters tournaments in, Dragon Ball FighterZ Season Four’s meta is looking to be the most diverse yet.
By Ryan "KRCPinto" Farmer on September 28, 2021 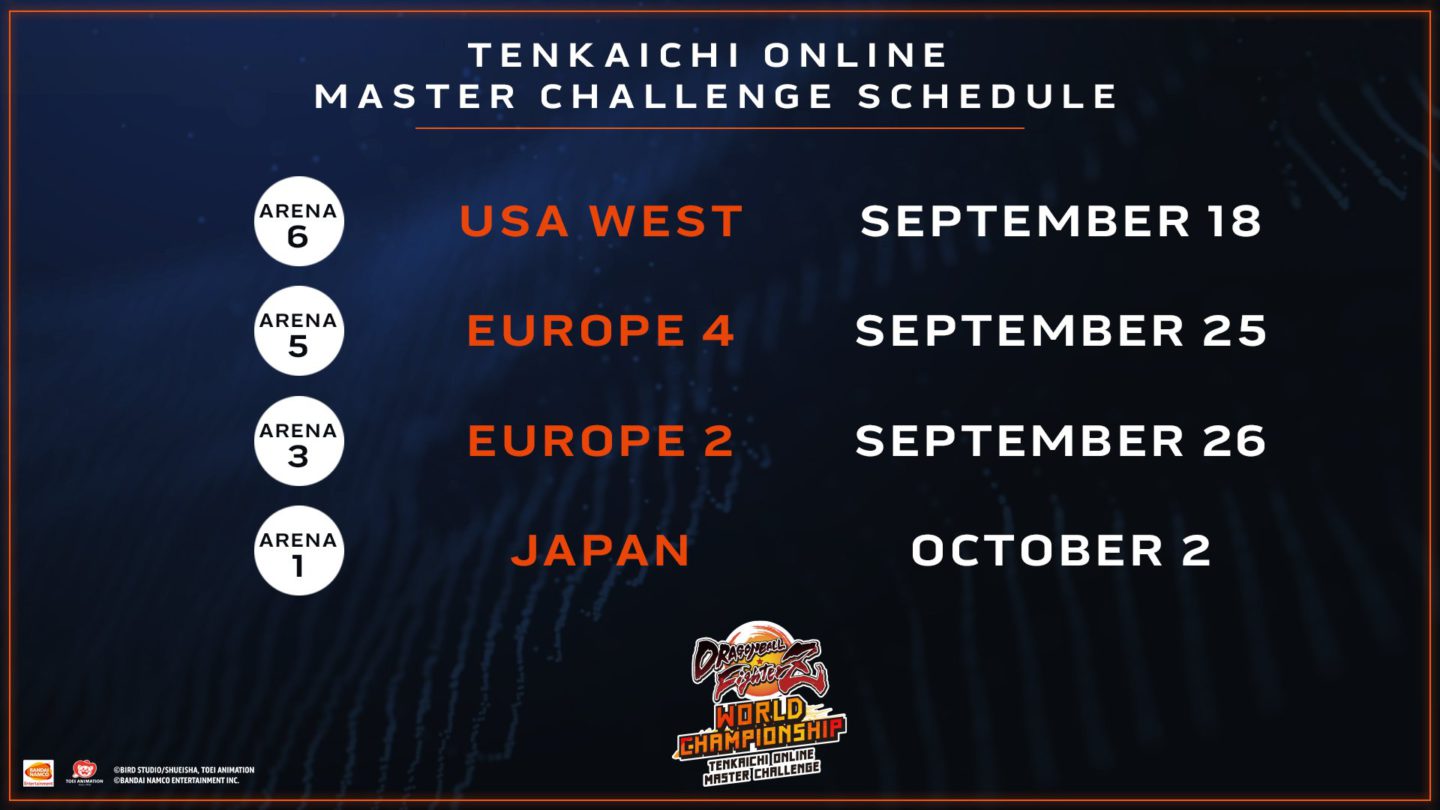 After three regional Tenkaichi Masters events, the Dragon Ball FighterZ Season 4 meta is looking eclectic, to say the least. The tournaments for USA West as well as Europe 2 and Europe 4 have been completed. The European tournaments specifically spotlighted the United Kingdom, Ireland, and the Netherlands (Europe 2) alongside Germany, Sweden, Norway, and Denmark (Europe 4). The eclectic mix of European regions did more than provide entertaining high-level matches; it also gave some insight into the broader metagame that has been developing since DBFZ’s major patch earlier this year. With the spotlight on the East coast of the US and France for the opening event, these regional tournaments have proven what many DBFZ players have claimed recently: every character is strong.

In a game with historically clear-cut top-tier choices, the winning teams for each of these three regions are shockingly diverse.

In the Western United States, Zane21000 came out on top with Zamasu / Beerus / Android 21. 21 has been considered the queen of level three okizeme for a while now, so her inclusion is no shock, and Beerus has been proven to be a damage fiend, but the kicker of this team is definitely Zamasu. After spending two years as a bit of a meme character, featuring uniquely nonfunctional tools like a standing special which full-on whiffed small or crouching characters, Zamasu finally got some much-needed love this patch. His new niche as an incredibly mobile mix-centric character was on full display as Zane defeated CientifiKOF for the win.

Over in Europe 4, German challenger Punda was able to take the crown using two team variants: Kid Buu / Cooler / SSJ Goku and Kid Buu / Cooler / Vegito. The Kid Buu / Cooler shell proves two things: firstly, that Kid Buu will always be a threat, and secondly, that Cooler is flying way below the radar this season. Punda is also the only winner so far to incorporate the French-favored Vegito in his roster. While he may be the sole winner, plenty of players made use of the Potara throughout the three tournaments, solidifying Vegito’s new place on the tier list.

Finally, in Europe 2, regular Wanted competitor Plug made quite the statement with his winning team. While he alternated a character or two throughout the day, the squad he overcame Fullmetalfury with was Videl / Nappa / Blue Goku. You’d be hard-pressed to find a Videl player before this season, and even more rarely a Videl on the top of a results chart. Of course, exceptions exist, and many players have put serious time into playing Videl, but Plug’s win using both her and the newly-powered Nappa is hard evidence that this season is truly the Wild West. In short, if you showed someone this team a year ago, they would have certainly raised an eyebrow.

What to Expect from Upcoming Tournaments

With many more weeks of regional DBFZ competition to go, the sky seems to be the limit. The coming showdowns will feature some of the most powerful regions on the planet, like Japan and France, so expect even deeper insight into where strength lies on the roster.

Smart stock so far seems to be wisely placed on former low tiers. Nappa’s new Saibamen are neutral monsters, and Zamasu’s mobility makes him a terror. Meanwhile, formerly inescapable top tiers are shockingly scarce in the top eight. Through all three tournaments, there were only a handful of Z Brolys, Android 21s, and Base Vegetas. Even more surprising, former compulsory characters Bardock and GT Goku only made a single appearance each.

The through-line of all of this is clear: character variety is the healthiest it has ever been in Dragon Ball FighterZ (so far). Hopefully, the trend holds, and we’re able to see some energetic, chaotic Dragon Ball featuring creative teams for the rest of the year.