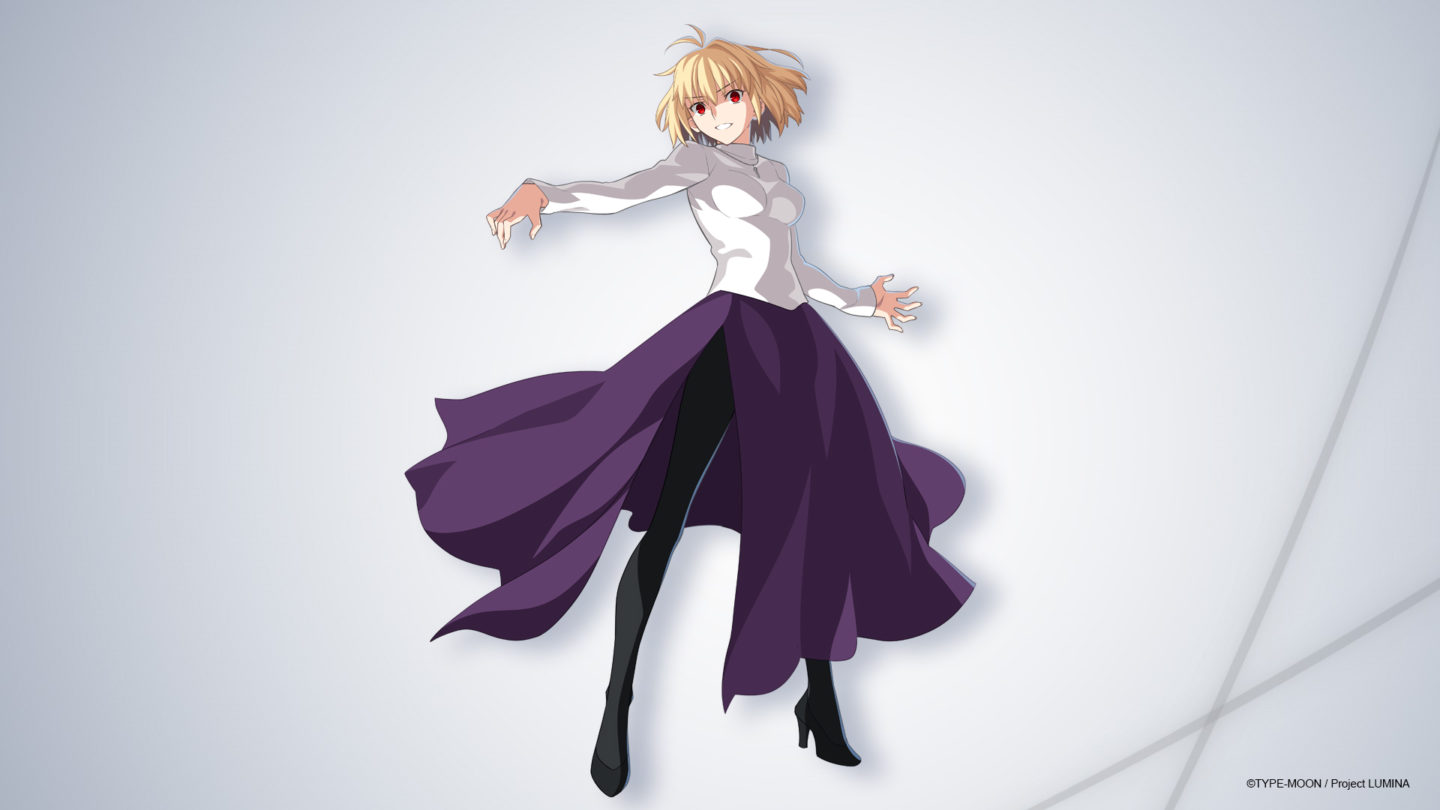 The final trailer drop for Melty Blood Type Lumina has revealed the final base cast member. The returning vampiric version of one of the primary story characters, Red Arcueid!

Best I can glean from the lore, Arcueid is a True Ancestor, a specific type of very powerful vampires who are almost more like nature elementals or spirits of the planet. You know, anime things. Red Arcueid (commonly known as Warc within the scene) is once the vampiric instinct taken over Arcueid’s base form. Along with a different toolkit, it looks like she’s sporting more of a classic Arc look as well.

Her signature ring projectiles are back. Unfortunately, there is no clear indication if she can do this from the air which was a potent tool in previous versions. Some command normals (j.2C, for example) and a few armored normals look to be coming back as well. At around :16, we see what looks like a use of her charged 5B to absorb Ciel’s hit and smack her in response.

Her EX hit-grab also makes a return. Prior, this was a variation of a teleport move which we don’t see used in the trailer. That part may be out but Red Arcueid zipping across the screen to connect on Ciel still looks pretty sick.

With Red Arcueid, the final character for the Type Lumina base roster is revealed. Hopefully, we’ll get gameplay footage revealed before release. The people want a taste of what Red Arc has to offer. Set your calendars for a week from now cause Melty Blood Type Lumina drops on 9/30 to Steam, PS4, Switch, and Xbox One.